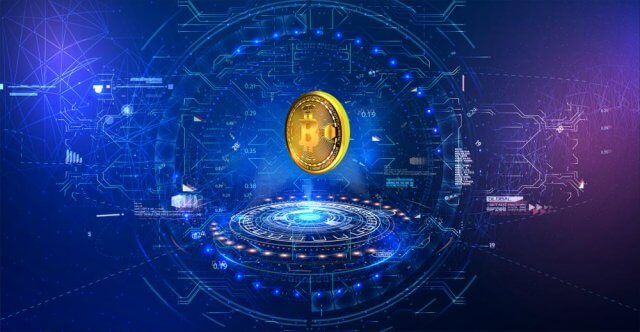 Bitcoin also brought with it blockchain, a technology that facilitates unalterable records, is decentralized, and is entirely transparent. These unique blockchain features are so groundbreaking that entire consortiums have been formed to advance it.

Not only has it succeeded beyond expectation, but it has also received the endorsement of influential people from Sir Richard Branson, founder of the Virgin Group, to Bill Gates, founder of Microsoft, to Jack Dorsey, founder of Twitter, among other notable people.

Participating in the Bitcoin Revolution

How can you participate in this powerful Bitcoin wave? Read on for ideas.

One of the ways to jump on the Bitcoin bandwagon is to own it – whether to HODL, trade, or whatever you choose. Right now, there are three ways to acquire Bitcoins.

This is one of the ways to get your hands on some Bitcoins. Often, this occurs through a merchant solution. Some popular Bitcoin payment processors include Bitpay, Coinbase, CoinGate, Spectrocoin, Coin payments, Coinify, and so on.

The concept of Bitcoin mining is baffling even to people who are familiar with the crypto space. The first thing to know is that you mine Bitcoin on the online Bitcoin network. In the beginning, anyone with an internet connection could mine Bitcoin. But as more miners joined the network, mining ‘difficulty’ increased, it necessitated the use of more powerful and specialized mining equipment. This equipment is known as ‘Application-specific Integrated Circuits’ (ASICs).

Miners mine Bitcoin by finding the right ‘hash’ – a string of random numbers mixed with alphabet. This hash unlocks the next block of transactions. The miner that finds or ‘solves’ the block is rewarded with bitcoins, and sometimes, a fraction of transaction fees. It takes an average of ten minutes between the discovery of new blocks.

The number of block rewards is halved after every 210,000 blocks, and it takes place every four years. The next halving, which will take place in May 2020, will see the current block rewards of 12.5 halved to 6.25.

A cheaper way to mine is to join a crypto mining pool. A mining pool combines the computing power of everyone involved, increasing the chances of finding blocks. Block rewards are then shared among the miners in accordance with the computing resources each has contributed.

Bitcoin mining is not for the faint of heart. First, you need to invest in costly mining software. Then you will need to have the patience of a saint as you take highly calculated guesses at the hashes for blocks.

If the rigors of Bitcoin mining are not your cup of tea, then purchasing Bitcoin might be more your speed. Today, you can purchase Bitcoin at any of the time-tested crypto exchanges like Coinbase, Huobi, Kraken, Poloniex, Bitstamp, BitFinex…the list is quite endless.

For you to purchase Bitcoin, you’ll need to have a cryptocurrency wallet. This is a wallet that allows you to store private keys. Private keys prove your ownership of crypto funds, allowing you to send or spend them. Some wallets are designed to exclusively hold Bitcoin, while others allow you to hold Bitcoin and other cryptocurrencies. Some popular options include Trezor, Ledger Nano, Mycelium, and Exodus.

The Bitcoin ecosystem is like the sun; its enough for everyone. That means you can start offering any of several Bitcoin services. Don’t know how to get started? Read on.

Owning Bitcoin is not possible without owning a wallet. Every Bitcoin holder needs one. There are paper wallets, online or hardware wallets. Paper wallets allow you to store your private key in a paper via a wallet generator. Online wallets are connected to the internet, while hardware wallets, which resemble a flash disk, store private keys online.

Online wallets are susceptible to online vulnerabilities such as hacking and social engineering attacks like phishing, tailgating, water-holing, and so on. Offline wallets such as paper and hardware wallets are the safest approach to Bitcoin safety since they’re immune from online attacks, which actually happen quite often.

The point? Safer and more reliable Bitcoin wallet services will always be in demand. This is a viable area to explore for a Bitcoin business.

These are companies that facilitate businesses to accept Bitcoin as payment. Through their services, businesses can automate Bitcoin payments as securely and conveniently as possible.

Many people know Bitcoin is awesome, but they’re not ready to jump into the bandwagon yet. That’s because either they think it’s too complex, or it’s out of reach for them, or they just don’t know much about it. If you can come up with a good way to make the currency more understood and accepted, you’re on to something.

Blockchain, the technology behind Bitcoin, possesses some groundbreaking qualities such as immutability, transparency, and cryptographic security. These features make it a very attractive proposition for businesses that want to eliminate fraud, streamline processes, and achieve better security. Many businesses are rushing to get in on the blockchain action.

This represents opportunities for entrepreneurs to provide blockchain services for organizations. Of course, blockchain applications need specialized skills. You can invest in this kind of skill and provide the service to organizations at a profit.

Another way to leverage blockchain technology is to provide blockchain-based services such as money remittance, music royalties tracking, encryption systems, identity management solutions, and so on.

What makes the currency so attractive to investors? Well, for one, it was the first of them all. That comes with some allure. Also, it has a capped supply of 21 million coins. Already, 85% of these have already been mined. This controlled supply pushes up demand.

The other thing is the sheer volatility of Bitcoin. Just like other cryptocurrencies, Bitcoin experiences pretty wild price swings. Depending on your risk tolerance, these swings are either an opportunity for you to cash in or a very perilous proposition that should be avoided.

Savvy investors profit off these price swings by buying when prices plummet and selling when they’re on a bull run.