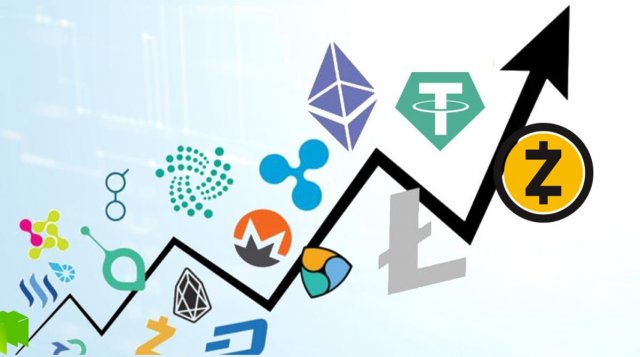 In the midst of the current Bitcoin bull run, it is difficult just to look any other way. After all, it is this pioneer crypto that has been hitting the headlines for weeks now. Both speculators and analysts have said the rally will continue. Also, there’s a likelihood that BTC will surpass the $20,000 mark, judging by recent performance and investor sentiment. In short, all our eyes have been glued to BTC, which has delivered a spectacular show hitherto. But, remember, investors must diversify.

Some spectators wonder whether it is still viable to jump in, naysayers are waiting for the crash, and risk-takers are diving deeper into the frenzy and multiplying their investments by the minute. Whichever your case, there are alternatives worth considering.

Today, we take a look at some of the most promising altcoins, at least the ones you can bet your dollars on in the coming months.

The rate at which Monero is rising is monumental – well, not price-wise, yet – but in terms of interest. Year-to-date 24-hour trading volume has increased by 20 times. The interest investors, regulators, and other stakeholders expressed in Monero in 2020 confirm that good tidings are in the offing.

While Monero prices have not grown monumentally, they have still grown anyway. At some point in March, the coin was exchanging at $37. However, on pulling up its socks, it rose steadily beginning April to its current $130, a 400% gain. Let’s just say this is a modest gain given that the crypto has much more potential.

Also worth mentioning is that Monero also recently reached $139, its 2-year high. Combining this with the fact that the crypto has become the center of attention among regulators, we are likely to see even higher volumes, which will boost speculation and eventually impact prices.

Of course, things could go wrong and cause the crypto to crash, particularly if the Department of Internal Revenue succeeds in cracking its privacy – something they have been pursuing. Until then, XMR is one altcoin you cannot afford to lose sight of.

Ripple has had an advantage over other altcoins since its inception, and that is because it was designed for real-time payment settlement. Essentially, Ripple is a platform that financial institutions can use to send money across borders with the following major advantages:

This background tells us that Ripple is a solid project, and we know solid projects have the growth potential – there’s no guarantee, but there’s hope.

Hope aside, Ripple’s native currency XRP has been performing modestly for the better part of 2020, trading between the $.013 – $0.69 range. If you compare it with Bitcoin’s performance, you’re likely to undermine Ripple’s year-to-date growth. But think again – since the 2017 crypto bubble, XRP has never reached the heights we see now. To be fair, surpassing the 2-year high is a milestone that signifies that this cryptocurrency is rising.

You can choose to wait and see how things turn out, but it’s best to keep close tabs on XRP.

Fusion is one of the most underrated cryptocurrencies. Although investors are yet to see Fusion’s potential, there is an indication that this crypto will grow.

Fusion’s potential lies in the adoption of DeFi, which is already on the rise. The crypto’s developers are working on several innovations that are set to transform DeFi. One of the most notable is the WeDeFi project that seeks to bring DeFi to the common person.

Fusion provides investors with different and exciting investment options. For instance, the crypto supports passive staking, which is only available in proof-of-stake crypto networks. With this investment option, you delegate your savings for verifying transactions. In proof of work networks, those with more tokens have higher staking power. Leaving aside the intricacies, Fusion can enable investors to earn by basically doing nothing.

At the moment, the crypto is undervalued. It ranks at around 460 by market capitalization. This valuation will certainly change, especially as DeFi picks up pace. Meanwhile, you can invest in Fusion now while the prices are still low ($0.26) at the time of writing. When daily trading volumes increase as a result of DeFi’s mass adoption, consider this opportunity gone.

Historically, Ethereum has been Bitcoin’s most fierce competitor. Best known as the king of smart contracts and decentralized apps, Ethereum has worked its way up to become the second-largest cryptocurrency by market capitalization.

Ethereum’s tech and investment potential is its backbone. Developers have used the crypto’s facilities to build a wide range of applications, all of which add value to the network. However, it is the upcoming launch of Ethereum 2.0 that we should set our eyes on.

On December 1 at noon, Ethereum will change from proof of work to proof of stake (no more mining). First, whenever cryptos undergo significant changes, a frenzy is created, and prices surge as investors scramble to be part of the revolution. Secondly, the staking system will encourage investors to lock their funds in the network to earn returns from verifying transactions. Since a higher stake gives one more power, investors are likely to lock more ETH to the network. The result? An inevitable shortage and a consequent price surge.

Unless something goes wrong, ETH will keep rising further in the coming months.

Litecoin is among the oldest altcoins. It was created shortly after Bitcoin as a lite version of the pioneer crypto. As such, it is very similar to Bitcoin. The main difference between the two is that Litecoin is less resource-intensive, and this trickles down to users as faster and cheaper transactions.

Like BTC and other major cryptos, Litecoin has shown stable upward growth in 2020, especially from April onwards. In November, it reached $86, its highest in the year. The crypto’s performance seems to be following Bitcoin’s performance, albeit not so closely. Even so, since the trend is upward, it is a sensible alternative at the moment.

There you go, folks! Take some time to monitor each of these from close quarters to find out which one works best for you.

While Bitcoin is currently grabbing headlines for its stellar performance, it is not the only cryptocurrency worth investing in. Monero, Ripple, Fusion, Ethereum, and Litecoin are equally savvy alternatives. These altcoins have a good track record, have solid projects behind them, and are currently performing well. Whether you’re looking for short-term or long-term investments, you now know which are the best altcoins to own.