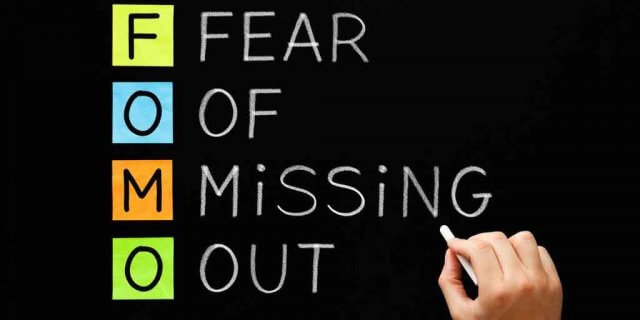 ‘The hardest thing to do in a bull market is to sit,’ says Mike Novogratz, a renowned Bitcoin evangelist. This is a feeling most investors can relate to. In a bull market, prices surge, and volumes skyrocket. And with the wave comes an irresistible urge to board the bandwagon – the fear of missing out (FOMO).

Beginning July 2020, Bitcoin has shown steady performance against the dollar and altcoins. However, it’s the currency’s performance in October and November that has left investors scrambling for the 18.5 million or so Bitcoins in existence. The Bitcoin FOMO is officially here, and many investors will make blind decisions.

This article will look closely at the ongoing frenzy, what it means to investors, and how to approach it.

Bitcoin started 2020 modestly, only managing to fetch about $7K in January. It briefly jumped to $10K before plunging into an abyss, exchanging at less than $5K in March. But that seems to have marked the end of the dramatic falls. From mid-March, the currency started recovering steadily, and towards the end of July, it hit the symbolic $10K figure. Every time Bitcoin climbs to $10K, investors start getting all fidgety, as has been the case several times.

Since Bitcoin reached $10K in July, it has been going up almost consistently. In less than three months, it has gained over 50%, which is more than impressive. It isn’t easy to point out with certainty how things will turn out. However, investor greed and excitement is likely to push the figures even higher, at least in the short run.

What is the Fear and Greed Index Saying?

The crypto Fear and Greed Index is a contrarian scale that expresses investors’ general sentiment with regards to fear and greed. The idea is that when fear is high up there, investors will shy from trading, and that will cause prices to decline. On the converse, if investor greed is high, increased trading, and prices will rise.

Different crypto fear and greed indices have shown a consistent increase in greed. A higher score represents more greed, while a low score represents more fear. Since these two factors are on opposite sides of the scale, one declines as the other increases. As reported by the fear and greed indices, the trend has closely resembled Bitcoin’s price trends all year long.

Trading volume can give a clear picture of what is going on in the Bitcoin market. Exchanges everywhere are reporting sky-high volumes.

What Has Caused the Sudden Interest?

When Bitcoin reached $10K in July, there was news all over the interweb covering this historical moment. Crypto evangelists and analysts, once again, resurfaced giving their expert opinions and predictions on how Bitcoin was going to double its value unless something ‘really wrong’ happens. You could look at it like a self-fulfilling prophecy, where speculators create so much hype that the market inevitably skews to their predictions. We certainly cannot underestimate the power that speculators have on market movements. In this case, there can only be little doubt that positive news about Bitcoin’s prospects contributed to increased interest in the currency.

News is not the only positive thing that has been going around. In 2020, there has been a particular corporate interest in crypto. Several organizations, some of them high-ranking, have expressed interest in adopting cryptocurrencies. In October, Square – a global financial services provider – bought 4,000 Bitcoins for about $50 million, saying that it believes Bitcoin aligns well with the company’s purpose. Spending such amounts of corporate cash on buying crypto signifies corporate confidence in the future of cryptocurrencies.

Just recently also, PayPal announced plans to have Bitcoin and other cryptos on its payments platform. This announcement was immediately followed by a surge in BTC prices to reach $12K. Several other top-tier corporations have expressed interest in mainstreaming cryptocurrencies, and this is undoubtedly part of the cause of the sudden surge in interest in crypto.

What You Should Do

If you had not invested in Bitcoin before it broke the $10K barrier, you might be late to the party. Normally, by the time the buying frenzy kicks in, early-bird investors will be counting profits. Look at it this way, those who bought Bitcoin before July 26, that’s right before it surpassed the $10K high, are already counting a 50% profit less than three months down the line (BTC was at $15K at the time of writing).

Even so, not all is lost. There are many indications that the Bitcoin market will be on the bull run for some time – how long that is, is a matter of conjecture. Therefore, you can still invest in BTC at this time and make profits.

If you are determined to take the risk, here are some things to consider:

#1: Set Your Investment Goal – One of the unforgivable mistakes an investor can make is not to set goals. Such blind investments unsurprisingly end in tears. Setting a goal means having a plan for when to buy and when to sell. Just like gambling, you have to know when to hold them and when to walk away. For instance, you can decide to buy and sell when the price hits a certain figure, or you could decide to sell after a fixed term – regardless of whether you have gained or lost.

#2: Do Your Due Diligence – This is usually mandatory. Even if a reputable investor has advised you, you still have to do your due diligence. This may include seeking a second opinion, evaluating your finances, finding out whether you are ready to bear the risk, and so on. Because at the end of the day, it is your money that is at stake. Rushing into buying Bitcoin, especially amid such hype, may be regrettable.

#3: Consider Altcoins – While all the attention is on Bitcoin, investors are busy ignoring other cryptocurrencies. When the Bitcoin market eventually heads for the bear run, investors might look at other cryptos. If you invest in the right altcoin at this time, you might be where Bitcoin’s early bird investors were before the frenzy began.

#4: Sit on Your Hands and Lock Your Phone – Well, not literally, but if you can’t resist the temptation even when nothing makes sense, just avoid the markets altogether. This decision might save the little you have from drowning away in a possible market crash. As far as investment is concerned, you can consider that a profit.

Bitcoin’s recent performance has generated a lot of interest among investors. People are rushing to buy BTC, as evidenced by the increase in trading volume across exchanges. It would be great if we could all join the bandwagon, but extra caution is necessary for such market movements. Avoiding the hype is key in making a sound investment decision. You can invest in altcoins or simply avoid the markets until such a time when you can be under less pressure to make decisions.