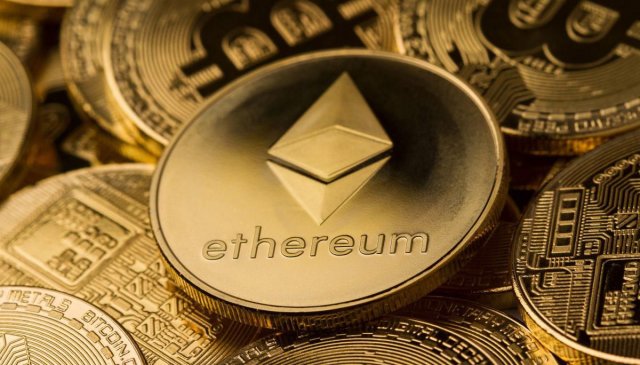 Bitcoin started the year (2020) on a rather low key, fetching only an average of $7,500 until July when things started looking up. Ethereum seemed to play the same tune for the first half of the year. Unsurprisingly, both cryptocurrencies showed steady growth against the dollar from July onwards. This trend can be confusing to investors – should you invest in Bitcoin or Ethereum in the coming year? In this article, we help clear the confusion by addressing each currency’s nature, its performance in 2020, and its prospects in the coming year.

Are We Comparing Apples to Oranges?

Seasoned investors will be quick to note that Bitcoin versus Ethereum is an odd comparison, and they’d be right. Bitcoin is inherently a currency and not much more. On the other hand, Ethereum has DApps, smart contracts, tracking of digital collectibles, and many other uses. So, on a broader scale, comparing Bitcoin and Ethereum might not make sense.

However, Ethereum has ETH, which is pretty much tradable like BTC. You can invest in ETH just as you would do with BTC. So, we can go ahead and compare BTC and ETH as investment alternatives.

Bitcoin usually sets price trends for all other cryptocurrencies, and any instabilities faced by the network sends ripples across the entire cryptocurrency universe. The performance of both Bitcoin and Ethereum followed a similar trajectory in most of 2020. In the first half of the year, Bitcoin seemed to struggle, and so did Ethereum. Both hit their all-time lows around March, but a keen analysis of the price history reveals that Ethereum was always trailing.

This is an advantage if you are planning to invest in Ethereum since you have a better chance of predicting how things might turn out in the short run. If the 2020 Bitcoin-Ethereum price trend spills over to 2021, you can assume that ETH price fluctuations will follow Bitcoin in about 7 days. For instance, if you plan to buy ETH, wait for BTC to drop consistently for about 7 days and then jump in. Of course, do not religiously rely on this trend as other forces might come to play and disrupt the pattern.

Adoption and Ease of Use

A cryptocurrency’s appeal and ease of adoption can give it some edge when it comes to investment. When there are plans to adopt a cryptocurrency for some industry use, its price usually hikes. For instance, in October, PayPal announced that it would start allowing Bitcoin spending on its network from early 2021. The plan is to incorporate most of the major cryptos ultimately. Still, the company mentioned that it would start with Bitcoin, which was good news for Bitcoin investors more than any other crypto investors. There had been rumors about this announcement from the beginning of October, and Bitcoin’s prices were already going up as the month began. Bitcoin was exchanging at the time of writing at almost $14,000 – the highest in 30 months.

Visa and MasterCard had already introduced crypto credit and debit cards. They are currently seeking to extend the availability of these cards to Europe and states in the US that have yet to be covered. Cryptocurrencies are increasingly integrating into the mainstream economy, and we are likely to see an increase in such activities in 2021. Given that Bitcoin’s ease of adoption gives it an advantage over other cryptos, it might be a better choice.

Consider the Impacts of the US Elections

US elections usually seem to shake the global economy. During Trump’s first presidential contest, there was widespread uncertainty over economic and political outcomes. Speculation that he could win led to a weakening of the dollar relative to the four major currency pairs. Bitcoin’s prices rose slightly at the same time – indicating that the two events could have been related. Generally, if there is political uncertainty, the dollar may weaken and cause reduced stock markets’ activity. In such cases, investors may turn to crypto trading.

If the elections sail smoothly, we can expect minimal disturbance to the stock markets. However, if political turmoil follows the elections, there is a chance investors will shy away from the stock markets, and, conversely, activity in the crypto space may increase. Naturally, Bitcoin would take the lead as others follow.

Since the start of Bitcoin’s bear market in 2018, the currency has struggled to surpass the symbolic $10,000 mark, which can be considered its 30-months resistance threshold, only hitting the high twice but briefly. However, since July 2020, Bitcoin seemed to have overcome the resistance, maintaining a minimum of $10K and having peaked at $13,950 in November. Between October 17th and 27th of the same month, Bitcoin leaped a whopping $2,000! All these arguments indicate that the currency is strongly poised for the bull market in the coming months.

Overall, things are looking up for Bitcoin. The upcoming PayPal integration and adoption by Visa and MasterCard are also expected to give it a major boost. Nevertheless, if you’re considering investing in Bitcoin now or in early 2021, bear in mind that a resistance/support flip at $14,000 is conceivable. Therefore, you may want to hold on until you observe downward movement within the $14,000-$12,500 range.

Ethereum has exhibited a lot of uncertainty in 2020. For instance, between March 6th and March 12, the currency dropped from $243 to $112 – losing more than half of its value in less than a week. However, it showed steady growth between April and July before making a sudden upward move to $380 in August. Since then, it has appeared to be oscillating between resistance at $380 and support at $320. Of course, there have been sudden but brief spikes and falls in between, but this resistance/support pair gives a general idea of how the currency has been performing in the last quarter of 2020.

There are numerous Ethereum projects that are currently going on, and others scheduled for early next year. Most of these ventures are decentralized applications (DApp) projects. However, none of them seem to have the potential to disrupt the crypto economy substantially. This could be partly because Ethereum has a rather low rate of adoption. Based on these observations, we are unlikely to see the currency make a bullish run. Even so, slow and steady growth in 2021 is very much conceivable.

Judging from its performance in the last half of 2020, it would be safe to assume that Ethereum will be a low-risk-low-return investment, at least for the better part of 2021.

Both Bitcoin and Ethereum offer exciting investment opportunities. Each has a unique profile that makes it suitable for different investor needs. Both currencies have also shown relative stability and growth in the last half of 2020. However, the high volume of activity involving Bitcoin indicates a higher likelihood of the currency shooting even higher in 2021. On the other hand, Ethereum seems to be poised for slow but steady growth in the next few months. All in all, it seems like a good time to consider investing in either. Just ensure you set your investment goals and check that they are aligned with the currency’s growth trends.