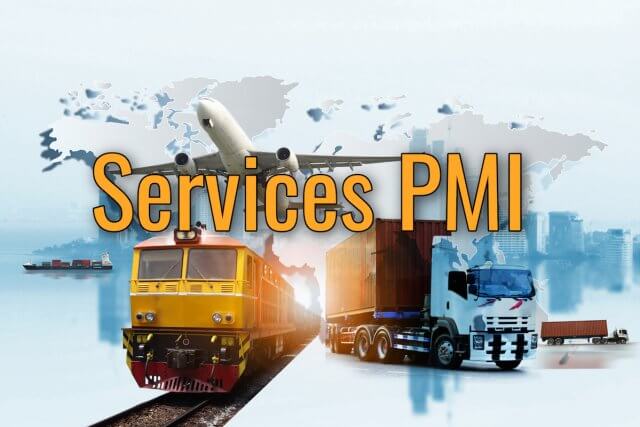 The focus will remain on the range of services PMI numbers from the Eurozone and U.K. on the data front. Most of the data is anticipated to be neutral; nevertheless, the U.S. Unemployment Claims and ISM Services PMI will be the main highlight of the day.

On Wednesday, the U.K. regulator approved Pfizer and BioNtech’s vaccine for emergency use to fight against the coronavirus. This news added further support to the already improved risk sentiment in the market and helped the EUR/USD pair to rise as it is a riskier asset.

At 18:15 GMT, the ADP Non-Farm Employment Change for November fell to 307K against the anticipated 433K and weighed on the U.S. dollar and added further in EUR/USD pair. After the release of macroeconomic data on Wednesday, the currency pair EUR/USD raised sharply and surpassed the 1.2100 level as all the data was in favor of it. Meanwhile, the lawmakers in Washington continued their negotiations related to a fiscal stimulus deal to support the U.S. economy. The negotiations weighed on local currency and made the U.S. dollar weak across the board. Furthermore, the optimism about a $908 billion package also boosted the market’s risk sentiment and weighed on the U.S. dollar that added additional gains in EUR/USD pair.

The bullish bias of the EUR/USD continues to dominate the market as the pair surged further higher until the 1.2117 level. On the higher side, the EUR/USD may find an immediate resistance at 1.2150 and 1.2196 level. Simultaneously, the closing of candles below the 1.2153 level can send the EUR/USD pair further lower until 1.2080. On the 4 hour timeframe, the EUR/USD has formed an upward channel, which is suggesting odds of further buying trend in the pair. The MACD is forming histograms above 0, suggesting odds of an upward trend in the market. Let’s consider the buying trend until the 1.2200 level today.

The GBP/USD closed at 1.33651 after placing a high of 1.34410 and a low of 1.32875. The British Pound erased gains and slipped to a 3-week lowest level on Wednesday after the E.U.’s chief Brexit negotiator said that progress in talks had stalled and cooled the expectations that a deal was near.

Michel Barnier said that a deal was not guaranteed and signaled that differences over key issues, including access to the U.K. fishing waters and level playing field rules, were still there. A day before this news, reports suggested that post-Brexit trade talks had reached the so-called tunnel. Tunnel refers to a situation where both parties don’t leave until a consensus is reached.

Ahead of the update, there were signs the ongoing impasse was starting to frighten some members, who have called on the E.U. to start preparation for a no-deal scenario. There likely could be another twist to come in Brexit talks in the days ahead with the U.K.’s proposal for a new finance bill. This bill undermines some parts of the original Brexit Withdrawal agreement, and it could dent the little progress in negotiations seen so far.

Whereas, Barnier said that if the U.K. government moved ahead next week with draft clauses in the Finance Bill that were inconsistent with the Withdrawal Agreement, then the talks will come under crisis.

All these negative reports depressed Brexit’s expectations and started to weigh on British Pound that added losses in GBP/USD pair. The time for an end of Brexit transition period on December 31 has come near, and if a deal has not been reached by then, U.K. will have to follow WTO rules and regulations while trading with the E.U.

Meanwhile, on the data front, at 05:01 GMT, the BRC Shop Price Index for the year dropped to -1.8% against the forecasted -1.3% and weighed on British Pound and added pressure on GBP/USD pair. On the U.S. front, at 18:15 GMT, the ADP Non-Farm Employment Change for November dropped to 307K against the anticipated 433K and weighed on the U.S. dollar, and capped further losses in the GBP/USD pair.

The GBP/USD is trading sideways in between a fresh trading range of 1.3305 – 1.3445. Breakout of this range can lead the Cable price towards the 1.3517 level. The volatility seems low ahead of the Christmas holidays. However, the European session can trigger a buying trend until the 1.3515 level, while support continues to stay at the 1.3305 level. A bearish breakout of the 1.3305 level can trigger selling until the 1.3212 level. The MACD and RSI are suggesting a bullish bias in the market. Let’s consider taking buying trades over 1.3305 and 1.3447 level today.

The USD/JPY pair was closed at 104.410 after placing a high of 104.749 and a low of 104.223. The USD/JPY pair raised for the third consecutive day on Wednesday amid the market’s optimism. However, most of USD/JPY’s daily gains were lost during the late trading session as U.S. stimulus raised.

The risk sentiment in the market was improved after the successful vaccine development from famous drug companies. Pfizer and BioNtech even received approval from the U.K. administration for emergency use authorization of their vaccine on Wednesday. Pfizer & BioNtech became the first in the world to get approval for the widespread use of their vaccine. It means that their vaccine can now be used to prevent the coronavirus officially, and it raised the risk sentiment in the market that ultimately added weight on the Japanese Yen due to its safe-haven nature; thus, it supported the upward momentum of the USD/JPY pair.

The prospects of a U.S. coronavirus relief package weighed on the greenback and forced the currency pair USD/JPY to lose most of its daily gains. As the $1.4trillion spending bill’s support increased, the top U.S. economic officials on Tuesday advised Congress to present more assistance for small businesses to survive during the pandemic.

Meanwhile, Philadelphia Federal Reserve Bank President Patrick Harker said on Wednesday that due to the increased spread of the coronavirus and delayed fiscal help along with the permanent job loss of some workers, the U.S. economic growth has been moderate.

Harker also forecasted moderate growth for the rest of this year and the first quarter of 2021. He also predicted that the economy would stay below pre-pandemic levels. Harker also said that if the vaccine is widely available by next spring and summer, then the growth will pick up in the second half of the next year. Harker added that more financial support was needed to get the economy to that point and to support low-income households.

Harker also said that the Central Bank’s emergency lending programs should be extended beyond next year as they are set to expire on December 31. Harker’s comments came in after Treasury Secretary Steven Mnuchin asked the Fed to return the unused funds. All these comments added pressure on the U.S. dollar as the continuous demand for a second stimulus bill weighed on local currency.

The USD/JPY is trading with a sideways trading range of 104.600 – 104.200, holding below an immediate resistance level of 104.600. On the lower side, the safe-haven currency pair may find support at the 103.719 level. The pair seems to disrupt the resistance level of 104.600, and if this happens, the USD/JPY may soar until the next resistance area of 105.030 level. The MACD and RSI support the buying trend, but we should only take buying positions over the 104.600 level today. Good luck!