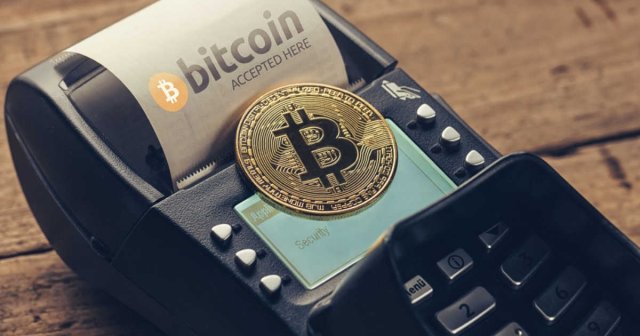 Bitcoin has been around slightly over a decade now. In that span, it has undergone several stages to become the formidable currency we know today. We remember the infamous event when someone paid 10,000 bitcoins for pizzas. Back then, Bitcoin was worth $41 – a sharp contrast to today’s value of $11, 645.40.

Today, Bitcoin is largely used as a store of value and as a speculative instrument. The reason for this Bitcoin’s volatility. Many people are shy to use Bitcoin for day to day payments because its value could dramatically change tomorrow or even the next hour.

Still, the currency’s designer envisioned Bitcoin as an electronic means of payment that’s faster, safer, and more private than legacy systems. As a means of payment, Bitcoin holds several advantages over Fiat currencies. In this article, we’ll look at those. But before that, let’s do a recap of what Bitcoin is all about.

Bitcoin is the first and most successful cryptocurrency. A cryptocurrency is an electronic form of money that operates in a decentralized and peer-to-peer fashion. Decentralized means there’s no single-player holding sway over the network, such as in a bank. Peer-to-peer means participants can transact with each other directly – without the need for intermediaries. Bitcoin can be divided into the infinitesimal value of 0.00000001. These tiny bits are called Satoshis in honor of Bitcoin’s creator.

Bitcoin was created in 2009 by the mysterious person(s) Satoshi Nakamoto. Today, it’s a whole force in the finance space, and it has even led cryptocurrencies to be the best performing assets in 2019. Speaking of cryptocurrencies, Bitcoin has spawned thousands of them. At the time of writing, there exists 6,500 of them, according to Coinmarketcap.

The question “Why Bitcoin?” is highly welcome, especially since the existing money system appears to be functioning alright. People make transactions with Fiat currency every day. We send money all the time across borders – with myriad companies enabling this.

But the decentralization of Bitcoin means that unlike Fiat currency, the government or bank does not control your money. This means a lot. It’s you and only you that’s in charge of your money. The state cannot freeze your funds at whim. It also means Bitcoins are not released by the government or central bank. Rather, you can acquire Bitcoin either through ‘mining’ or exchanging Fiat or another cryptocurrency for it.

Bitcoin also operates on a distributed network. This network is maintained and secured by thousands of computers all over the globe. These computers are called ‘nodes.’ Anyone can be/run a node, as long they possess the massive computing power and storage space needed to do so. Every node holds a copy of a ledger, and they simultaneously update on the blockchain every new transaction. This distributedness is important since it ensures the network is standing at all times. Thus even if a few of the nodes were to go down, it wouldn’t affect the network at all.

What are the benefits of paying with Bitcoin?

Autonomy is one of the reasons Bitcoin was a hit from the beginning. Autonomy grants users control over their own money. No one can freeze your cash, and there’s no intermediaries or authority who might restrict how much money you can transact with at once.

This might be a bit controversial, especially with recent efforts by the IRS to tax Bitcoin. Still, Bitcoin’s pseudonymity means it can be hard to track who is making which transaction on the Bitcoin blockchain.

Where Bitcoin is concerned, pseudonymity means everyone can see your public address on the Bitcoin blockchain. However, it also means your real-life identity is not revealed. However, this doesn’t mean that it’s impossible for someone to trace your history of transactions back to you. The thing is, Bitcoin provides more privacy compared to traditional modes of payment.

Unlike Fiat, Bitcoin is not stored or managed by any bank. This means Bitcoin users escape the litany of banking fees associated with Fiat – from account maintenance fees to non-sufficient funds fees to minimum balance charges to inactivity fees to card fees. However, Bitcoin exchanges typically charge ‘maker’ and ‘taker’ fees for trades.

The traditional way of sending money internationally is fraught with high fees and high exchange costs. Remittance services can charge up to 15% of the total amount, and exchange rates may be exorbitantly high. Since Bitcoin has no intermediaries, people sending money across the border can save a great deal.

Again this has to do with Bitcoin’s peer-to-peer manner of making transactions. Old payment methods can take hours or even days. All the intermediaries involved, plus the clarification at every stage, massively bloat up the process. With Bitcoin, everything is faster, especially with scaling solutions such as the Lightning Network.

Anyone anywhere, as long as they have internet connectivity,  can transact with Bitcoin –  including on their mobile phone. This means you don’t have to physically go to a bank to pay for a product or service. And to put the cherry on top, you don’t have to provide your personal details to complete transactions.

The existing payment setup is in such a way that it leaves out a lot of people. Requirements such as having an ID and a credit card means a lot of people still cannot use the traditional system to make it send and receive money, as well as make payments. With Bitcoin, anyone at any age can send and receive funds as long as they have an internet connection. Also, unlike banks that are closed on the weekends, you can send money anytime and any day of the week.