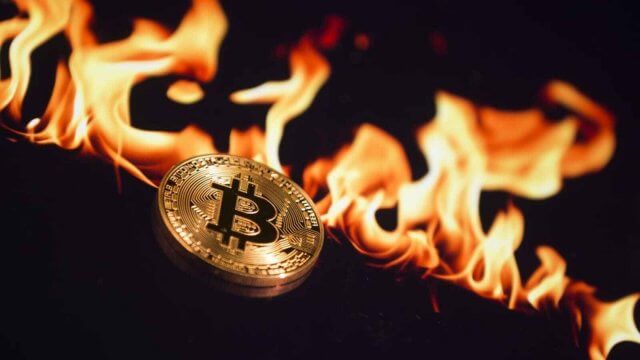 What is Bitcoin Mining?

Before we look at the concept of halving and what it’s all about, we need to first understand what Bitcoin mining is, since each depends on the other.

Bitcoin mining is the process through which people utilize their computing power to process transactions on the Bitcoin network. These people are called miners.

Anyone can mine Bitcoin. However, the mining process requires a ton of power – thanks to the cryptographic nature of Bitcoin, which requires massive computational resources to verify and confirm transactions. It’s also the reason why Bitcoin mining requires specialized mining equipment known as application-specific integrated circuits, which require significant capital to set up. As a result, Bitcoin mining is done mostly in places with low-cost electricity, with a significant majority of miners stationed in rural China.

Bitcoin uses a ‘proof-of-work’ protocol to verify and confirm transactions. Proof-of-work requires miners to prove they have invested effort in the processing of transactions. This effort includes the time and computational resources to perform the ‘guesswork” of a string of numbers until one finds the right combination (hash) that will unlock the next block. (A block is a file containing transactions and the metadata of those transactions.) Once a block is discovered, the transactions therein are added to the blockchain.

What is Bitcoin Halving?

The Bitcoin protocol is programmed to reward miners with bitcoins for every block discovered and for securing the Bitcoin network. Miners are rewarded with bitcoins and transaction fees.

After every 210, 000 blocks, these rewards are cut in half, which is known as halving or as Bitcoiners have christened it for effect: “halvening.” As a result, the number of the bitcoins that are released into circulation are also halved. This is Bitcoin’s creator Satoshi Nakamoto’s way of preventing inflation for Bitcoin.

This process is set to take place until around 2140, which will mark the reaching of Bitcoin’s maximum supply. By the time we get there, mining rewards will have significantly dwindled.

What then will keep them on? Satoshi already covered this. As mining rewards diminish, the network is programmed so that transaction fees will increase.  This will ensure that miners still have the incentive to continue running and protecting the network.

Why is Halving Significant?

Bitcoin’s halving is significant because it keeps Bitcoin’s supply under deflationary control. This is one of the key differences between Bitcoin and traditional currencies  – which have an infinite supply and thus prone to inflation. For instance, what the US dollar was worth ten years ago is not what it’s worth now.

There will only ever be 32 Bitcoin halvings, after which no more bitcoins will be released. This will mark the reaching of the maximum supply of Bitcoin.

Bitcoin’s halving is supposed to set off this chain reaction:

Past Halving Effects on Bitcoin

Bitcoin’s past halvings were, naturally, characterized by a media buzz that increased awareness for Bitcoin. After each event, Bitcoin saw a significant increase in demand in the following year. Whether this surge was occasioned by the halving is still a point of debate.

Will the third halving have any effect on Bitcoin’s price? The Bitcoin community is divided on that.

How Different is this Halving?

First of all, we now have Bitcoin derivatives, such as stock options and futures. More people are now aware of the existence of cryptocurrencies. The wild spikes of 2017 lent Bitcoin so much clout that made it a household name.

We also have another entirely unprecedented situation in the midst of the halving: the Coronavirus pandemic, which is shaking the world’s economy to its foundations and threatening a recession only rivaled by The Great Recession of 2008.

As we move forward, it remains to be seen whether the pandemic will muffle a price surge, or whether Bitcoin will defy the gloomy economic forecast. The currency has so far exhibited signs of bowing under pressure, but Bitcoin enthusiasts and investors are betting on a turnaround after the halving.