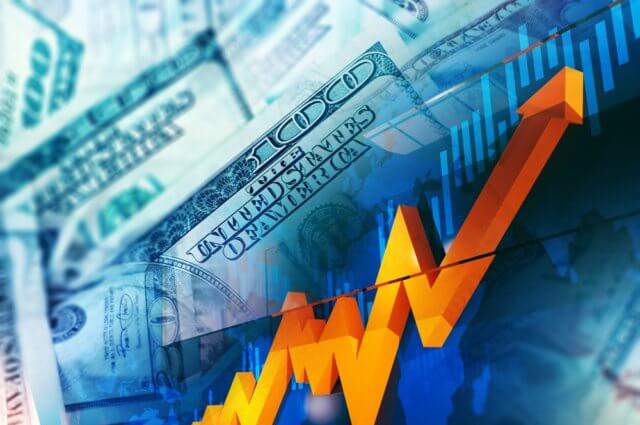 On the forex front, the U.S. dollar eased against other major currencies on Friday, as growth in December nonfarm payrolls missed expectations. The Dollar Index slipped 0.1% on the day to 97.36. The euro gained 0.1% to $1.1122.

The British pound fell 0.1% to $1.3061. Gertjan Vlieghe, a Bank of England policymaker, said in a Financial Times interview that he would vote for an interest-rate cut this month in case no signs of economic improvement show up after the general election. Later today, U.K. monthly GDP and industrial production for November will be reported (both flat on month expected).

The Nonfarm Payrolls data confirmed the economy added 145K jobs in December and disappointed the forecasted figure of 164K additions by a big margin.

Especially, the average hourly earnings increased by 2.9% year-on-year in December compared to the 3.1% projection. That was the first under 3% figure since July 2018. The weak wage growth almost renewed disinflation concerns, and as a result, the U.S. ten-year treasury yield dropped by 7-basis points to 1.81% on Friday, which continued to add losses on the day and supported EUR/USD currency pair further.

The EUR currency will be likely to continue its recovery rally because of the United States and China trade optimism. The United States Treasury Secretary Steve Munchin told the markets that there would be negotiations regarding phase-two of the US-China trade deal when the Chinese representatives arrive on January 15.

Looking forward, the German Wholesale Price Index for November is scheduled to release at 07:00 GMT. However, the data rarely leave an impact on the markets. Generally, the EUR/USD pair is at the mercy of the action in the treasury yield for now.

The EUR/USD is trading sideways as investors didn’t find any solid reason to determine the trend. The EUR/USD pair is trading at 1.1120, below a strong resistance level of 1.1140. The closing of Doji candle below 1.1140 is supporting the bearish bias.

On the lower side, the EUR/USD has the opportunity to drop until 1.1070. Below this, the next support stays around 1.1040. The MACD is trying to cross below 0 to support the bearish bias, but there’s still no strong bearish fundamental which can push the pair lower. Consider staying bearish below 1.1125 today.

The GBP/USD currency pair is flashing red and continuing its 4-day losing streak mainly due to dovish tone from the Bank of England, and the European Union-Irish uncertainty surrounding the Brexit. Whereas, the pair is still trading bearish despite the greenback’s weakness. As of writing, the GBP/USD currency pair is currently trading at 1.3026 and consolidates in the range between the 1.3026 – 1.3045.

At the Brexit front, the Irish Deputy Prime Minister Simon indicated uncertainty on the United Kingdom Prime Minister Boris Johnson’s deadline of December 31, 2020, for Brexit, which was also supported by the European Union chief Brexit negotiator and European Council President.

On the other hand, a survey led by the Confederation of British Industries (CBI) and the Price Water Cooper (PwC) showed that the business moral amongst the U.K.’s financial firms jumped for the first time in 4-years.

At the USD front, the greenback’s weakness could be attributed to weak employment figures released on Friday as well as the recent decrease in the U.S. Dollar’s demand. Notably, the rising optimism surrounding the United States & China trade front and decreased chances of the United States & Iran war are the reasons behind the risk-on sentiment in the market.

Apart from this, the stocks in Asia and the S&P 500 Futures are still flashing green while the U.S. ten-year treasury yields show no signs of movement due to the Japanese holiday. It should also be mentioned that Iran recently arrested the United Kingdom’s ambassador to Tehran, and the global leaders do not like it.

Looking forward, the traders will keep their eyes on the U.K.’s November month Industrial Production, Manufacturing Production, monthly GDP and Trade Balance figures. There, a possible contraction in the production numbers to -0.3%, a fall in trade numbers, and no change in the GDP figure of 0.0% is expected, which would keep the pair’s movement under check.

On the flip side, the Sino-US and Iran-US headlines will remain under the focus because no critical data and events are scheduled from the United States.

The GBP/USD continues to trade with bearish bias around 1.2980 after violating the 1.3045 support level. On the 4 hour timeframe, the pair has formed a strong bearish candle which is supporting the bearish trend in GBP/USD. In addition to this, the UK GDP and Manufacturing figures have also disappointed the market.

The pair is currently trading in a bearish channel, which is extending resistance around 1.3034 along with support around 1.2906. While the MACD is still staying in the selling zone. I will be looking to take sell trades below 1.3000 today to target 1.2925 and 1.2906.

The USD/JPY currency pair hit the bullish track and is trading just above the 100-week average, mainly due to the safe-haven Japanese yen lost ground in the wake of the Sino-US and Iran-US optimism. As of writing, the USD/JPY currency pair is currently trading at 109.64 and representing 0.17% gains on the day, as well as the pair consolidates in the range between the 109.50 – 109.65.

As we already mentioned, the anti-risk Japanese yen is losing ground in Asian trading hours due to risk-on sentiment in the market and pushing USD/JPY higher on the back of positive trade-related news flow.

At the Sino-US front, the United States and China trade tensions continue to ease. Both countries are ready to sign an official trade deal this week. As well as, the White House Economic Advisor, Larry Kudlow, has said during the weekend that everything depends on the China trade deal. In contrast, the U.S. Treasury Secretary Steve Mnuchin told markets that there would be talks on the phase-two of the US-China trade deal when the Chinese delegates arrive on January 15.

Notably, the USD/JPY currency pair has failed many times to secure a weekly close above the key average since the last week of November. Moreover, the pair may face a hard time to beat a breakout because markets are likely to offer greenback on disinflation concerns.

At the data front, the data released on Friday showed the average hourly earnings increased by just 2.9% year-on-year in December compared to the 3.1% projection. That was the first below-3% reading since July 2018.

While the Nonfarm payrolls showed, the economy added 145K jobs in December, missing the expected print of 164K additions by a big margin.

Looking forward, the Sino-US and Iran-US headlines will remain under the focus because of no major data and events scheduled from the United States.

Leading indicators are massively overbought, and USD/JPY is looking for a reason to trigger bearish retracement. Let’s keep an eye on 110.570 level to capture a sell positon below level. All the best!