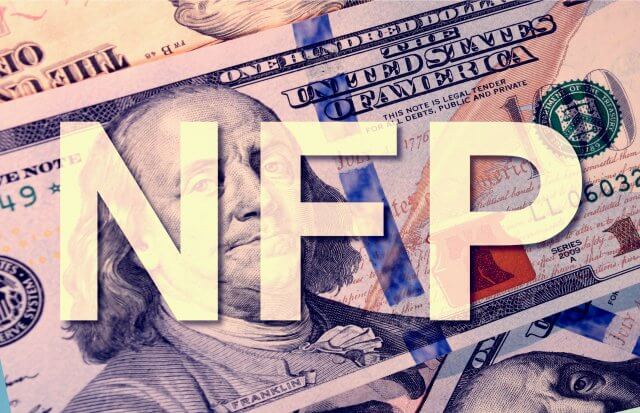 The Non-farm payrolls will extend clarity over the damage in the labor market last month, and traders will keenly await its release. Overall, economists expect a slight improvement in the U.S. unemployment rate from 11.1% to 10.5%, while the Average Hourly Earnings are expected to improve from -1.2% to -0.5%%. The NFP itself is expected to report 1530K (negative for a dollar) vs. 4800K figures beforehand.

The EUR/USD closed at 1.18640 after placing a high of 1.19048 and a low of 1.17927. The EUR/USD once again saw a bullish movement after a brief U.S. dollar recovery attempt earlier this week. Despite worsened coronavirus cases in some Eurozone nations, the bloc’s outlook remained much more optimistic than the U.S. outlook.

While the advances in the Euro have slowed, the EUR/USD pair has continued to trend higher over the past week. EUR/USD pair climbed slightly from 1.1656 to 1.1778 last week. After U.S. Dollar attempted to recover, the pair EUR/USD saw a brief dip at the beginning of this week. However, the EUR/USD pair is eventually rising again as the U.S. dollar’s weakness persists. Whereas, the potential for advances in the currency pair was limited as coronavirus concerns rose on Sunday. The Euro remained broadly appealing overall. Throughout the coronavirus pandemic, the E.U. and the European Central Bank have handled the crisis well compared to other major economies like the U.K. & U.S.

As a result, Euro’s losses in response to a rebounding U.S. dollar have been limited. The Euro and U.S. dollar has a negative correlation, and the Euro often gains from the U.S. dollar weakness. It means that the rally of the EUR/USD pair is set to continue even a rise in worsening coronavirus cases’ concerns.

The Euro appeal was also down after Spain saw a surge in coronavirus cases, and speculations arose that the Eurozone could face fresh lockdowns in Spain to support the Eurozone economy. On the U.S. dollar front, the greenback attempted recovery earlier this week; however, the gloomy outlook persisted and kept investors from mounting much of a recovery rally in the currency.

The number of coronavirus cases in the United States has increased to its highest, and the U.S. government and Federal Reserve have only taken mixed action to limit the virus spread and protect the U.S. economy. Attempts to push further stimulus have been stuck in U.S. Congress, and Federal Reserve may become more dovish.

Later today, eyes will remain on the Non-farm payrolls will extend clarity over the damage in the job market last month, and traders will eagerly await its release. Overall, economists expect a slight improvement in the U.S. unemployment rate from 11.1% to 10.5%, while the Average Hourly Earnings are expected to improve from -1.2% to -0.5%%. The NFP itself is expected to report 1530K (negative for a dollar) vs. 4800K figures beforehand.

The EUR/USD pair retraced lower to complete 38.2% Fibonacci retracement at 1.1817 level. On the higher side, the EUR/USD pair may find resistance at 1.1909 level, and the closing of candles below this level can keep bearish pressure on EUR/USD. A bullish breakout of this level can extend the buying trend until 1.2050. Today, the EUR/USD is likely to find support at 1.1800 level. Let’s keep an eye on NFP as it may drive sharp price action in the EUR/USD pair.

The GBP/USD closed at 1.31133 after placing a high of 1.31614 and a low of 1.30528. The pound rose on Wednesday to remain on course for a third-straight weekly gain against the U.S. dollar and ignored weaker than expected economic data ahead of the Bank of England meeting on Thursday. Previously, the Final Services PMI in July came in as expected 56.5 points and indicated expansion in the services sector in the U.K.

This Thursday, the focus will be on the Bank of England’s monetary policy decision and Andrew bailey’s speech. England’s central bank is anticipated to keep interest rates unchanged but will roll out its forecasts on a range of economic measures, including Inflation, GDP, and unemployment. In recent weeks, debates have been under discussion about the BoE’s cutting of rates below zero, but Thursday’s meeting is unlikely to offer detailed insight.

The NIRP (Negative Interest Rate Policy) has been under active review at the Bank of England, but it seems like a little too early for the central bank to make any decisive move. Some analysts expect that the Bank of England will prefer to use a negative interest rate until the EU-UK relationship for 2021 gets cleared.

On the U.S. front, the ADP Non-Farm Employment Change dropped to 167K from the expected 1200K in July. It means that the U.S. government introduced 167K jobs only while that weighed on the U.S. dollar and added strength to the GBP/USD pair gains.

However, in July, the Final Services PMI rose to 50.0 from expected 49.6, and the ISM Non-Manufacturing PMI rose to 58.1 from expected 55.0. This showed an expansion in America’s services sector in July and supported the U.S. dollar that weighted on additional gains in GBP/USD pair.

Another reason for the rise in GBP/USD pair was the weakness of the U.S. dollar. The ever increasing numbers of coronavirus cases dampened the prospects for a swift economic recovery in the U.S. and forced investors to continue dumping the greenback. This, coupled with the delay in the U.S. fiscal stimulus package’s announcement and further pressurized the U.S. dollar.

The U.S. dollar was so under pressure that even the goodish rebound in the U.S. Treasury bond yields failed to support the U.S. dollar.

Apart from this, the rising number of coronavirus cases in the U.K. and the renewed fears of no-deal Brexit, as both sides were lagging in securing a deal, held investors to place any aggressive bullish position in the GBP/USD pair ahead of BoE monetary policy.

The GBP/USD consolidates at 1.3127 level, holding right above the double bottom support area of 1.3103 level while the bearish breakout of 1.3105 level can extend selling unto 1.3058 level. Recently as we can see in the chart above, the GBPUSD pair has violated the upward trendline, which supported the pair around 1.3130 level. At the same level, the 50 EMA was extending support, but the GBP/USD showed a bearish crossover, suggesting further odds of selling in the Cable. On the higher side, Sterling may find resistance at 1.3176. Let’s consider selling below 1.3105 level today.

A day before, the USD/JPY closed at 105.592 after placing a high of 105.871 and a low of 105.318. Overall the movement of the USD/JPY pair remained bearish throughout the day. The USD/JPY pair extended the decay on the back of the weaker U.S. dollar across the board and bank of Japan governor Kuroda’s speech telling that Japan’s economy will improve in the second half of the year.

The Bank of Japan Governor Haruhiko Kuroda warned that in order to contain the spread of public health measures were re-introduced, then the economic activity could be significantly constrained. He also affirmed that Japan was not slipping into deflation and that the central bank would continue with its efforts to achieve the inflation target of 2%. Kuroda again assured that the Bank of Japan would be ready to ramp up the monetary stimulus without hesitation if needed to aid the economy through the pandemic crisis.

Kuroda also said that Japan’s financial system was quite safe and stable and countered the fears that the banking sector would fall out from COVID-19. He also warned that there would be risks to Japan’s financial stability if pandemic prolonged longer than expected.

He said that Japanese and overseas economies would gradually improve from the second half of this year despite extremely high uncertainties. However, the pace of growth is expected to be moderate as the preventive measures to control the virus spread has its effects on economic activity.

On the other hand, the greenback was the worst performer in the currency market. It was so under pressure that it could not benefit from the latest round of economic data that showed an improvement in the Service Sector of the U.S. The rebound in the U.S. Treasury yield also could not support the U.S. dollar. The U.S. Dollar Index (DXY) was testing the 92.60 level lowest since last week.

On the data front, the ADP Non-Farm Employment Change showed that the U.S. created 167,000 jobs in July against the estimated 1200K. This weighed on the U.S. dollar and added further in the losses of the USD/JPY pair.

However, USD bulls did not cheer the positive data, and the U.S. dollar remained under stress to post losses on the day. On the US-China front, China’s ambassador to Washington said that China did not want to see a Cold War break out between China and the U.S. He suggested that both countries need to work to repair their relations that were under extraordinary stress.

Technically, the USD/JPY hasn’t changed much as USD/JPY continues to consolidate at 105.680 with bearish sentiment, especially after violating the 38.2% Fibonacci support level of 105.650. On the lower side, the USD/JPY may find support at 105.078 level, which is extended by the 61.8% Fibonacci retracement level. A bearish breakout of 61.8% level can drive more selling until the next support area f 104.200. The current market price of USDJPY is staying below 50 EMA, which extends resistance at 105.650 level. Let’s consider selling below 105.650 level today. Good luck!