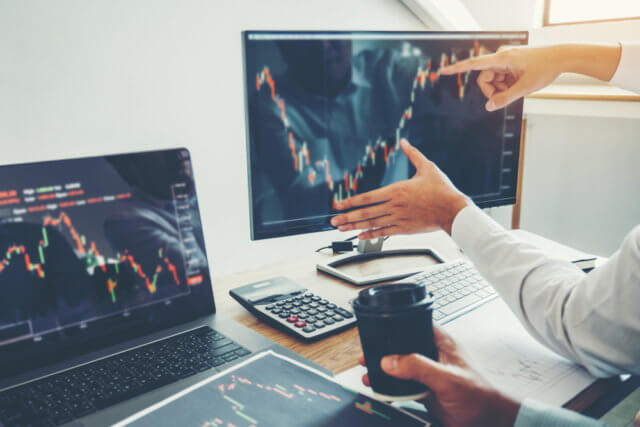 The British pound extended its gains on expectations that Brexit uncertainty could be cleared when the ruling Conservative Party wins a majority in the December 12 general election. GBP/USD charged 0.4% higher to 1.3157, a fresh 7-month high. EUR/GBP declined 0.2% to 0.8438, which was last seen in May 2017.

The U.K. Society of Motor Manufacturers and Traders reported that new car registrations declined 1.3% on year in Nov. (-6.7% in Oct.).

The EUR/USD currency pair flashing green and found above the November 21 high of 1.1107 despite the depressed German Factory Orders data. As of writing, the currency pair consolidates in the range of 1.1102 – 1.1110. The 14-day relative strength index is also representing bullish sentiment with an above-50 print.

The EUR/USD currency pair will be unlikely to take the significant declines even if the industrial production figures release below expectations. On the other hand, the positive data from the United States (NFP) may stop supporting the bullish technical setup. Changes in industrial production are widely followed as a primary indicator of strength in the manufacturing industry.

Looking forward, the Eurozone’s manufacturing hub Germany release Industrial Production figures for October at 07:00 GMT. The data was expected to show the factory activity increased at a seasonally adjusted rate of 0.1% month-on-month in October, but the actual data fell to -1.7%. Evidently, the EUR/USD is trading under pressure since it’s release.

On Friday, the traders are waiting for the U.S. Non-farm Payroll and Employment change figures to drive the next movement in the market.

The EUR/USD has next support is near mid-1.1050 and is strictly followed by the 1.1075 horizontal support mark. Considering the recent crossover on MACD, the pair may trade bullish above the 1.1070 level today. On the upper side, resistance stays around 1.1140 and 1.1170.

The GBP/USD currency pair hit the seven-month high and found near the 1.3160 ahead of the United States nonfarm payroll. As of writing, the currency pair consolidates in the range of 1.3153-1.3163.

The recent polls of the United Kingdom December election maintain the ruling Conservative Party on the top place, Prime Minister Boris Johson seems to be stuck recently as the Tory leaders again reject to take part in ITV and BBC debates.

On the other hand, optimism surrounding the trade deal by the UK Chancellor Sajid Javid and ex-Brexit Party members’ who seem to push to vote Tories seem to play their roles. Moreover, the pairs’ bullish sentiment could also be attributed to the greenback weakness.

Markets seem inactive and cautious because all eyes stay on the Novembers’ employment data from the United States. As a result, the United States’ ten-year treasury yields, and most of the Asian stocks stay modestly changed.

Ahead of the U.S. jobs report, U.K. Halifax House Prices will likely entertain the traders. Notably, we expect payrolls to increase by a solid 200k in November, which is higher than the previous month’s 128k release. If this happens, the GBP/USD may face headwind to target the next resistance level of

On the technical side, the prices need to cross May month high near 1.3180 to target 1.3200 and 1.3270 figures to the north, declining to do so highlights Wednesday’s top surrounding 1.3120 as immediate support.

The USD/JPY currency pair flashing red and dropped from the 108.97 to 108.66 overnight, mainly due to the positive headlines which came from the United States and China trade. This helped the United States stocks to survive further gains.

As of writing, the currency pair is trading near the 108.70 and consolidates in the range of 108.66-108.78. Recently the risk appetite was healthy, and investors were trading based upon the set of positive news during this week from the United States. Although, without any positive response from China, markets were afraid to take any action ahead.

Before the headlines, there were upbeat tones from the United States President Donald Trump, who said that the United States is having meetings and trade talks with China. Something may happen regarding the December 15 tariff, but we are not discussing currently.

The boosted demand for haven assets and weaker U.S. dollar has driven sharp selling in the USD/JPY currency pair this week. For now, the pair is trading above 108.550, which is working as a double bottom support level.