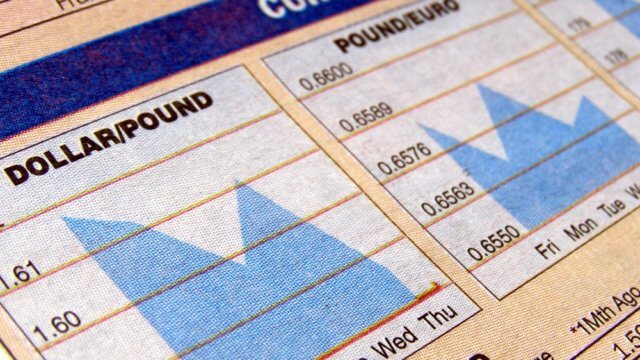 The U.S. dollar kept trading within a tight range on Wednesday, amid thin trading before the Thanksgiving holiday. The ICE Dollar Index closed broadly flat on the day at 98.31.

The Federal Reserve released the Beige Book, which stated that economic activity expanded modestly, the outlook remains positive, and growth is expected to continue into next year. Besides, theU.S. economic data, third-quarter GDP growth was revised to 2.1% (1.9% expected and previously estimated), and durable goods orders increased 0.6% on month in October (-0.9% estimated).

At the USD front, the greenback got the support mainly due to the 3rd-quarter gross domestic product was updated higher to 2.1% from 1.9%, in the wake of positive consumer spending data. The Fed’s preferred measure of inflation, which strips out volatile food and energy prices, soared higher to 2.1% from 1.9% in the 2nd-quarter. The inflation gauge exceeded an expectation of 1.7%.

It must be noted that the upbeat data of the U.S. may push the greenback further high on the day. Traders will be likely to sell dollars over increases uncertainty as President Trump’s decision to sign the Hong Kong Democratic Bill has irritated the Dragon Nation, and fears have increased regarding side effects on the trade deal. This is evident from the 0.25% drop in the S&P 500 futures seen at press time.

Looking forward, the breakdown will likely remain elusive manly if the preliminary German consumer price index for November crosses expectations by a considerable range, creating the opportunity for the European Central Bank head Christine Lagarde to maintain her neutral-to-hawkish stance for some time.

On the flip side, the CPI is anticipated to drop 0.6% month-on-month in November, having increased by 0.1% in October. The EUR/USD currency pair may plan a notable bounce from $1.10 if the inflation figure crosses estimates by a significant margin.

On the technical side, the EUR currency charted a bearish engulfing candle yesterday, strengthening the downside bias put forward by the lower high at 1.1097 established on November 21. On the technical side, indicating the route of least resistance is to the bearish. The 14-day relative strength index is suggesting selling conditions with as the RSI value holds below 50, and the daily MACD histogram is again printing deeper bars below the zero line, a sign of strengthening bearish momentum. Let’s look for staying bullish above or bearish below 1.1000 level today to target 1.1055 on the upper side and 1.0985 on the lower side.

The GBP/USD currency pair flashing green and hit the 4-day high to 1.2920, mainly due to the ruling Tory party, which will keep the helm of the United Kingdom with a vast majority. The YouGov Poll on the MRP model is highly appreciated for its forecasts regarding the United Kingdom’s result since they forecasted a suspended parliament in 2017.

The poll suggests Conservatives gain 359 seats against the opposition Labour Party’s 211 seat estimate. Apart from this, It also shows that 43% of vote share will be allocated to the ruling Tories against Jeremy Corbyn-led Labour Party’s 32% expected share, which in turn indicates an 11-point lead of the Prime Minister (PM) Boris Johnson led Conservatives over the Labour Party.

On the other hand, the GBP/USD currency pair is found under pressure during the Asian session today. The GBP currency has initially fallen mainly due to expectations that the Tory announcement might leave a negative impact on the ruling party popularity ahead of the December Snap election. But now the GBP/USD is likely to find enough support below at the 1.2900 regions to bounce yet again.

A report came from the Guardian’s journalist Owen Jones that the British Prime Minister Boris Johnson’s Conservatives have a significant majority over the Labour Party in the YouGov’s MRP poll.

Looking forward, the traders will just have limited data to trade as the United States enjoys thanksgiving holiday. Therefore, trade and political headlines will keep the market active.

On Thursday, the GBP/USD has hit our previously suggested target level of 1.2880; in fact, it soared further to trade around 1.2940 level. Currently, the pair has entered the overbought zone, as we can see on the 2-hour timeframe, the RSI and MACD are holding near 70 suggesting chances of a bearish correction.

The USD/JPY currency pair flashing red and dropped by 0.13% to 109.38, mainly due to fears regarding United States President Donald Trump’s decision to sign the Hong Kong bill. It may irritate China and could drop a negative impact on the trade talks.

As a result, the safe-haven currency Japanese Yen has picked up buying. The USD/JPY pair is currently trading at 109.38, representing a 0.13% drop on the day. The pair has dropped more than 20 pips in the last 90 minutes or so.

The U.S. President Trump signed the Hong Kong Human Rights and Democracy Act in early Asia, reaffirming support for Hong Kong’s pro-democracy protests after the majority of the City’s districts turned in favor of pro-democracy candidates with record voter turnout this week.

It must be noted that China has repeatedly warned the U.S. administration not to interfere in their internal affairs. Therefore, President Trump’s move will likely hurt the relationship with China at a time when both sides are trying to reach a “phase one” trade deal.

Looking forward, deeper declines could be in the offing if the Asian and European equities turn risk-averse concerning the latest political developments.

At the USD front, the greenback found on the buying track during the United States trading hours on Wednesday, mainly due to official data, which showed the U.S. gross domestic product (GDP) increased 2.1% in the 3rd-quarter, driven by strong consumer spending. Notably, the pair hit a 6-month high of 109.61 before dropping on Trump’s decision to sign Hong Kong Democracy bill.

The USD/JPY is trading at 109.425, and it has just entered the overbought zone as the RSI and MACD are stuck in the overbought territory. On the 4 hour chart, the USD/JPY has formed a tweezers top, which typically suggests chances of a bearish bias trend in the USD/JPY.

On the downside, the USD/JPY may drop towards 38.2% Fibonacci retracement until 109.150. Besides Fibonacci, the bullish channel is also supporting the USD/JPY at the same level. So consider taking a sell trade below 109.500 today to target 109.200.