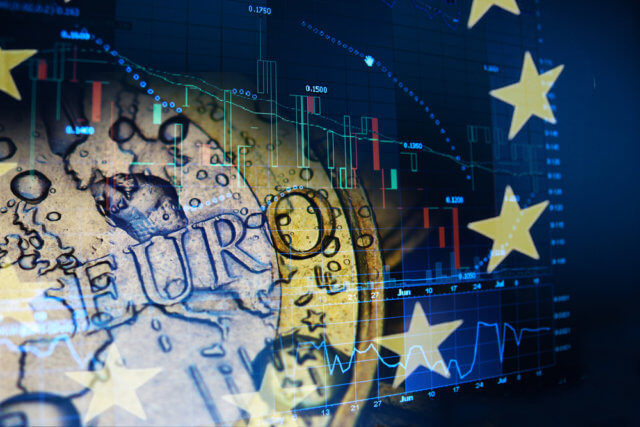 The U.S. dollar steadied against most major currencies on Thanksgiving day, with the ICE Dollar Index closing relatively unchanged on the day at 98.32. The euro edged up 0.1% to $1.1012. Official data showed that the eurozone’s Economic Confidence Index rose to 101.3 in November (101.0 expected) from 100.8 in October. Later today, November CPI (+0.9% on-year expected) and October jobless rate (steady at 7.5% expected) will be reported.

The EUR/USD currency pair found on the bearish track and representing 1.27 decline on the monthly opening rate of 1.1151. As of writing, the currency pair is trading near 1.10.

The EUR/USD currency pair is moving bearish at the end of November, having surged 2.33% during October. So, that was the most significant monthly increase since January 2018. However, the currency pair has come under pressure, pouring cold water over the optimism generated by October’s 2.3% gain.

On the other hand, Consumer spending, as represented by retail sales, is anticipated to have increased at an annualized rate of 1.1% in October, having increased by 3.4% in the previous month. The retail sales data is scheduled to release at 07:00 GMT.

Meanwhile, the data due at 08:55 GMT is expected to show the economy added 5,000 jobs in November, and the unemployment rate continued steady at 5%. The Post-German data, the focus would shift to the Eurozone consumer price index and the jobless rate, scheduled for release at 10:00 GMT.

The EUR currency may come under the selling pressure and hit the bearish track if the German jobs data disappoint expectation. As we know, Germany is already facing bearish pressure from the external sector. If the labor market cools sharply, the consumers will likely shift on the purse saving mood, leading to a deeper economic recession.

On the other side, the EUR/USD currency pair will likely find love if the key data crosses the forecast figures. Notably, the gains could be short-lived due to the United States and China trade tensions. As we all well aware that President Donald Trump signed the Hong Kong Democracy Bill earlier this week, irritating China. That could hurt the trade matters.

The EUR currency outlined a sideways trading pattern, which is signifying neutral bias among traders, and that’s mostly due to the limited volatility ahead of the weekend. However, traders are strengthening the downside bias put forward by the lower high at 1.1097 established on November 21.

The GBP/USD currency pair is consolidating in the narrow range of 1.2910-1.2917. The pair got support from the polls showing continued fame of the ruling Conservative Party. Moreover, probably the reason behind the lack of more strength is the stepping back of the United Kingdom Prime Minister Boris Johnsons from certain debates.

After the YouGov’s poll of a clear lead of the ruling Tory Party over the opposition Labour Party, accusations on the United Kingdom Prime Minster raised as he stepped back from the debate on channel4 and is yet to confirm an interview with BBC’s Andrew Neil, as per the Independent. Whereas the opposition leaders have started using rude words and media support the reaction, probably due to this, they will lose their fame ere the December snap election.

The Conservative’s boss was recently criticized by the opposition Labour Party leader Jeremy Corbyn regarding selling the National Healthcare Systems (NHS) to the United States, citing leaked government papers. The decreasing chances of another strong poll supporting the Troy leadership and the greenback recovery are the major catalyst to drive trading volume in the GBP/USD pair.

Looking ahead, the half-day trading session in the U.S. and shortage of data and events will likely keep the market unactive. However, political and trade headlines will entertain the traders.

On Friday, the GBP/USD continues to above the suggested support level of 1.2880. The pair has formed neutral candles above this level as traders are waiting for a fundamental reason to get in the market.

The USD/JPY currency pair is stepping back, possibly following the slow descent of the S&P 50 futures. The index futures were down 0.10% in early Asia and are currently reporting a 0.26 decline. Bank of Japan’s (BOJ) Governor Kuroda was out on the wires a few minutes before press time asking for structural changes. Kuroda told Parliament that structural reforms must accompany fiscal and monetary stimulus measures to heighten the economy’s long-term growth potential and added that the central bank’s ultra-loose policy is aimed at boosting inflation to 2% and not monetize debt.

Governor Kuroda’s comments are not surprising because the central bank has little capacity to stimulate, having run an expansionary monetary policy for more than 6-years.

Looking forward, the Japanese Yen will likely continue to gain ground, because equities may trade risk-averse in the wake of the decision by President Trump to sign the Hong Kong Democracy Bill.