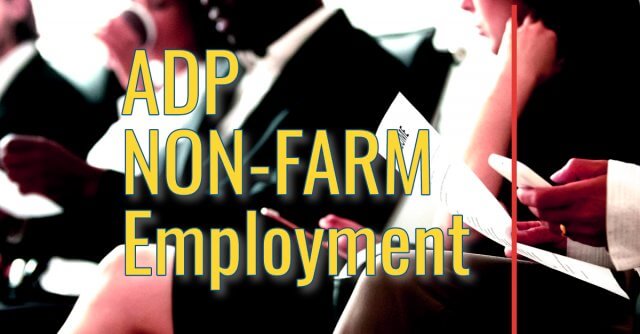 The EUR/USD pair was closed at 1.19117 after placing a high of 1.20113 and a low of 1.19010. On Tuesday, the EUR/USD pair rose above 1.2000 level in earlier trading session but failed to keep the level and dropped in the late session to post losses. The gains in the first half of the day were associated with the broad-based U.S. dollar weakness; however, in the late session, the losses were associated with the dollar strength triggered by better than expected ISM Manufacturing PMI.

The upward momentum that took the pair above 1.200 level on Tuesday was derived from the broad-based U.S. dollar weakness followed by the new policy shift from Federal Reserve. The improved risk sentiment due to vaccine hopes also helped the pair reach its highest since May 2018. However, the gains were limited as the pair started to fell in the second half of the day.

The losses in the EUR/USD pair were also encouraged by the fading market risk sentiment due to increased coronavirus cases worldwide. On Wednesday, the number of cases reached 6 million in the U.S., while India reported the biggest single-day jump of 78,761 in coronavirus cases over the weekend, whereas the daily case count reached 8000 in Spain. Meanwhile, after the U.S., Brazil, and India, now Russia also became the fourth country to exceed 1 million cases of COVID-19.

The EUR/USD pair fell to trade at 1.1901 level, having immediate support at 1.1891 level, which is extended by double bottom level. Violation of 1.1891 level may extend selling until 1.1845 support. On the higher side, the resistance stays at 1.1935 and 1.1978 level for EUR/USD. Price action will highly depend upon the U.S. Advance NFP figures today.

The GBP/USD pair was closed at 1.33830 after placing a high of 1.34820 and a low of 1.33561. Overall the movement of GBP/USD remained flat yet bullish throughout the day. In the first half of the day, the pair rose and extended its gains to reach its highest since December 2019, near 1.3500 level on the back of selling bias surrounding the U.S. dollar. However, most of its early gains were lost in the second half of the day after the release of ISM Manufacturing PMI data on Tuesday.

In the early trading session, the equity markets moved in a higher direction after releasing China’s manufacturing PMI data from Caixin that showed an expansion in the industry by 53.1 against the estimated 52.6. It showed that the world’s second-largest economy was improving and raised the chances for quick economic recovery.

The improvement in China’s economy when the U.S. is suffering against the coronavirus pandemic increased the risk sentiment and weighed on the U.S. dollar that pushed the risk-sensitive currency pair GBP/USD higher on board. However, USD and risk appetite’s selling bias did not remain in the market for long and started to fade in the late session as the macroeconomic data from both the U.K. & U.S. came in against GBP/USD pair on Tuesday.

At 13:30 GMT, the Final Manufacturing PMI from the U.K. in August dropped to 55.2 from the forecasted 55.3 and weighed on GBP. The M4 Money Supply in July from Britain also dropped to 0.9% from the expected 1.2% and weighed on the Sterling. The Mortgage Approvals, however, rose to 66K against the estimated 55K and supported GBP. The Net Lending to Individuals remained flat with the expectations of 3.9B. Most data from Great Britain was against British Pound, and hence, the GBP/USD pair suffered and lost some of its gains on the day.

On the other hand, from the U.S. side, the highly awaited ISM Manufacturing PMI was released at 19:00 GMT, which exceeded the expectations of 54.6 and came in as 56.0 and supported the U.S. dollar. The strong U.S. dollar added weight on the GBP/USD pair that lost most of its daily gains but still ended its day with a slightly bullish trend.

Apart from macroeconomic data, the progress towards Brexit deal also drove the GBP/USD pair on Tuesday when PM Boris Johnson’s spokesman said that Britain wanted to agree simpler parts of the future relationship with the E.U. first to create momentum in the negotiations. While the E.U. has been insisting on reaching a consensus on difficult areas in talks such as E.U. state aid before any other negotiation area, even legal texts.

However, the next round of talks is scheduled for next week, but before that, another meeting was scheduled for Tuesday ahead of formal negotiation resumption next Monday. Michel Barnier went to London for informal talks with his U.K. counterpart, David Frost, as the transition period is near to end. It is yet to see how the informal talks went between both parties and discussed in the next round of formal meetings. Traders are cautiously waiting for some direction towards Brexit-deal.

The GBP/USD pair is trading bearish at 1.3358 level, set to test the support level of 1.3358 level. The Cable has already violated an upward trendline at 1.3375 level, which is already violated. On the lower side, the GBP/USD pair may drop further below 1.3358 until the 1.3263 level. The MACD is also supporting selling bias; therefore, we will be looking for selling trades below the 1.3355 level. Lets brace for ADP NFP figures for better price action.

The USD/JPY pair was closed at 105.955 after placing a high of 106.150 and a low of 105.589. The USD/JPY pair moved sideways on Tuesday but ended its day with posting gains as the selling pressure against the U.S. dollar was faded away after the release of ISM Manufacturing data and some fresh comments from Fed Governor.

However, the fading risk sentiment kept the gains in the USD/JPY pair checked after the coronavirus cases started to rise globally. The worldwide toll of cases reached 25 million with the United States on top with 6 million cases on Wednesday. India reported its biggest single-day surge in coronavirus cases of 78,761 on the weekend, while Spain reported a daily toll of more than 8000. After the U.S., Brazil, and India, now Russia has also entered the country with more than 1 million coronavirus cases. Besides, the Scottish government announced restrictions on people traveling from Greece to Scotland due to developing coronavirus cases.

The increasing number of COVID-19 cases decreased the risk appetite and helped safe-haven Japanese Yen to gain traction that weighed on the USD/JPY pair and limit the additional gains in the USD/JPY pair on Tuesday. Moreover, the renewed US-China tensions after Beijing’s new law to impose restrictions on tech export. China forced a ban on the export of tech companies that will require government approval, which will take 30 days approx. The move came in against the order of Donald Trump in which he gave 90 days to the TikTok app for sale or transfer of its rights to the U.S. The tensions also supported the Japanese Yen and capped further upside in the USD/JPY pair on Tuesday.