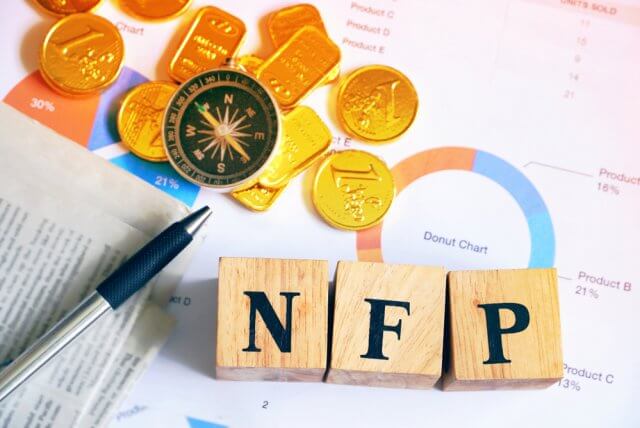 On the news front, the eyes will be on the series of economic events like Manufacturing PMI data from Europe, the U.K., and the U.S. Economy. Overall, almost all of the events are expected to report neutral results. Therefore, any surprisingly bad or good data may drive some price action in the market today.

The EUR/USD closed at 1.19359 after placing a high of 1.19659 and a low of 1.18841. The EUR/USD pair continued its bullish trend for the second day and rose to its highest since August 18 on Monday amid broad-based U.S. dollar weakness. Every month, the currency pair EUR/USD rose for the 4th consecutive month in August. The improved risk sentiment followed the positive momentum in the EUR/USD pair in the market amid a rise in the U.S. stock futures.

On Monday, the U.S. stock futures opened the day with modest gains as the market was on track to rack up their best August in more than 30 years. The upward momentum in stocks came after the S&P 500 and NASDAQ closed at an all-time high on Friday, with the former looking set to record its most robust August performance in 34 years.

The rally in the stock market was backed by the improved risk sentiment powered by massive monetary and fiscal stimulus in recent months that offset the concerns over the outlook of economic recovery from the coronavirus pandemic. Besides, the optimism around the vaccine development and treatments for COVID-19 and the robust demand for tech stocks also boosted the risk sentiment.

During the previous week, the Federal Reserve Chairman Jerome Powell shifted the policy to average inflation targeting that allowed inflation to surpass the 2% target. This shift raised concerns that interest rates were locked near-zero for as much as five years and weighed heavily on the U.S. dollar. The weak U.S. dollar helped EUR/USD to post gains on Monday.

Meanwhile, the German Prelim CPI in August dropped to -0.1% from the anticipated 0.0% and weighed on Euro on the data front. The Spanish Flash CPI fell in August to -0.5% from the July’s -0.6%. The Italian Prelim CPI in August came in line with the expectations of 0.3%. Most data from the European side came against Euro and limited the additional gains in EUR/USD pair on Monday.

While from the U.S. side, the Fed Vice Chair, Richard Clarida said on Monday that Federal Reserve would turn to discuss the next possible steps in the U.S. central bank’s fight against coronavirus induced economic fallout as a new policy framework has been set in place. The possible steps include linking interest rates directly with a return to full employment and possible expansion in monthly asset purchases to aid the economy through the COVID-19 crisis further.

Furthermore, the risk sentiment was also boosted by the news that the highly awaited Oxford vaccine will begin its phase-3 trials in the United States on Tuesday. This also helped EUR/USD pair to post gains on Monday.

Whereas, the World Health Organization pointed out encouraging signs that countries in Europe could deal with the coronavirus outbreak, despite the increase in cases since lockdown measures were lifted. According to a Senior Advisor to the Director-General at WHO, Bruce Aylward said that Europe has learned how to identify, isolate, and quarantine. It also helped raise the local currency Euro and added further in EUR/USD pair gains.

The EUR/USD is trading sharply bullish amid the weaker dollar, leading EUR/USD pair towards 1.1993 level. The EUR/USD pair has violated the resistance level of 1.1960 level, which is now working as a support for Eur. On the upper side, the pair may find resistance at 1.2025 and 1.2065 levels today. The bullish bias remains dominant.

The GBP/USD closed at 1.33651 after placing a high of 1.33956 and a low of 1.3309. Overall the movement of the GBP/USD pair remained bullish throughout the day. The GBP/USD pair extended its previous day’s bullish streak on Monday and posted gains for the third consecutive month on August amid broad-based U.S. dollar weakness and improved risk-on market sentiment.

The risk-sensitive British Pound gained on Monday due to many factors, including the dovish policy shift from the U.S. Federal Reserve, development in vaccine & treatments of COVID-19. At the same time, some lingering tensions in US-China kept the pair’s gains limited.

On Friday, the U.S. Federal Reserve shifted to a dovish policy that allowed inflation to pass over the 2% target, which means continued low-interest rates for almost five years. This weighed on the U.S. dollar and helped GBP/USD to post gains on Monday.

Meanwhile, the market sentiment was also powered by the positive headlines from the vaccine front as a possible virus vaccine made by Oxford has announced to start its phase-3 trials from Tuesday. Moreover, the US-listed Chinese tech companies were heading to Hong Kong exchange from New York Exchange amid increased US-China dispute. This weighed on market sentiment and kept a check on additional gains in GBP/USD pair.

Whereas, on the Brexit front, the U.K. Government has said that the European Union was making Brexit talks unnecessarily difficult after France accused the U.K. of deliberately stalling in negotiations.

In last week, U.K. and E.U. ended their latest round of negotiation with very little progress due to warnings of no-deal Brexit if issues did not settle within a few weeks. Only four months have left until the transition period ends, and both sides have failed to resolve their issues and are still stuck on various points, including fisheries and state aid policy.

Recently French Foreign Minister Jean-Yves Le Drian has blamed the U.K. for the deadlock and said that the failure in progress in talks was because of the United Kingdom’s intransigent and unrealistic attitude. Whereas, the U.K. has said that it has been clear from the outset about the U.K. approach’s principles. A spokeswoman said that the U.K. seeks a relationship that respects their sovereignty and has a free trade agreement the E.U. has with like-minded countries.

E.U. still insists not only that the U.K. must accept continuity with E.U. state aid and fisheries policy but also that the U.K. must agree before any further work can be done un any other area of negotiation. This also includes the legal texts that make in unnecessarily difficult to make progress. Next week, another round of talks will occur, and investors are looking forward to it for fresh clues.

The GBP/USD is trading with a neutral bias below an immediate resistance level of 1.3425 level. Closing of candles below 1.3420 level is likely to drive selling until the 38.2% Fibonacci support level of 1.3350 and 61.8% Fibonacci support level of 1.3305 level. The MACD has also crossed below 0, supporting selling bias in the GBP/USD pair. On the higher side, a bullish breakout of 1.3420 level can lead the Cable towards 1.3511 level. Let’s consider taking buying trades over 1.3350 level today.

The USD/JPY pair was closed at 105.901 after placing a high of 106.094 and a low of 105.208. The USD/JPY pair moved in an upward direction on Monday despite the broad-based U.S. dollar weakness. The pair, which posted a loss of more than100 pips on Friday amid the resignation of Japanese Prime Minister Shinzo Abe, recovered about half of the previous losses on Monday.

The risk-on market sentiment made it difficult for the safe-haven Japanese Yen to find demand on Monday and helped pair USD/JPY moved higher on board. The heightened optimism for an effective coronavirus treatment and the U.S. Food & Drug Administration’s decision to fast-track vaccine approval added in the risk-sentiment. Besides, the news that the Oxford vaccine will also start its phase-3 trials on the next day also powered the risk sentiment and weighed on JPY that pushed the USD/JPY pair even higher at the start of the week.

However, with the lingering tensions between the U.S. & China, the US-listed Chinese tech companies were preferring the Hong Kong Exchange with Alibaba affiliate Ant Group, one of the most highly predicted initial public offerings ready for a dual listing in Shanghai and Hong Kong. This kept the additional gains in USD/JPY limited on Monday.

The U.S. dollar was under heavy selling pressure on Monday amid U.S. Dollar Index slumped to more than two years, the lowest level at 91.99.

The pressure surrounding the greenback was increased in the absence of any significant fundamentals on Monday, and the market kept following the strategy of a policy shift from the Federal Reserve on Friday.

Meanwhile, on Monday, Vice Chairman Richard Clarida explained that as Federal Reserve has shifted from its previous policy and has set a new policy framework, the central bank’s focus will now shift towards the next promises made by it to fight against the coronavirus induced economic slump.

Fed made promises to link interest rates to the direct return of full employment and increase the monthly assets purchases to boost the economy through the economic crisis followed by the coronavirus pandemic.

On the other hand, at 04:50 GMT, the Prelim Industrial Production in July increased to 8.0% from the expected 5.0% and supported the Japanese Yen. The Retail Sales for the year from Japan dropped to -2.8% from the forecasted -1.7% and weighed on the Japanese Yen that pushed the pair USD/JPY even higher on board.

The USD/JPY is trading within a sideways range of 105.866 to 105.200 range. The pair entered into the oversold zone previously, but now it has completed 23.6% Fibonacci retracement, and above this, the next target is likely to be found around 105.870. The MACD has crossed over 0 and has entered into the buying zone. Bullish bias seems dominant in the market today. Therefore, we may see USD/JPY prices soaring towards 38.2% Fibo levels of 105.870. Buying can be seen at over 105.200 level today. Good luck!