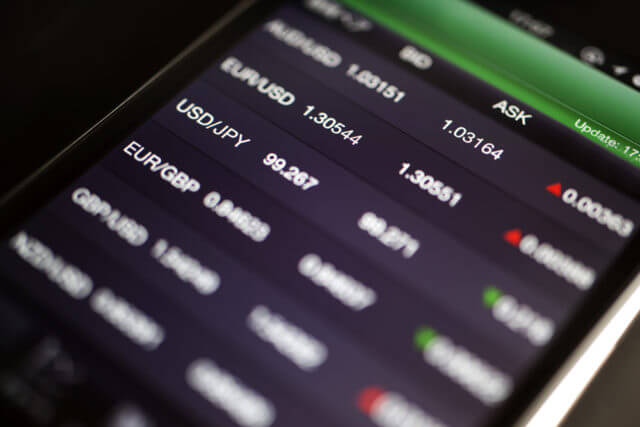 The buck slipped along with the global stock, which plunged on Monday following the U.S. President Donald Trump’s comments during the weekend tore investor confidence that Washington and Beijing would immediately reach an agreement to settle their debilitating trade war.

The EUR/USD currency pair consolidates in the narrow range of 1.1030 and 1.1050 due to the greenback continues its recovery rally. As of writing, the pair mostly trades near the 1.10 range during on the day, because of USD strength. As we all well aware, the uncertainty surrounding the United States and China trade deal and Hong Kong’s civil protest worries resurged the demand for safety, so that’s why the market was favoring the U.S. currency.

Whereas, on the EUR-side of the equation, the uncertain result of the Spanish general election combined with Eurozone economic growth worries continues to remain a bearish impact on the common currency.

Markets now traders keenly await the German macro news and some new transparency on the US-China trade front for fresh trading impulse, whereas Trump’s speech scheduled today at 1700 GMT will likely also direct the next moves in the spot.

The EUR/USD is trading with a slightly bullish bias since it violated the resistance level of 1.1025. On the 4 hour timeframe, the EUR/USD has formed a bullish engulfing candle, which is signaling chances of further buying in the market.

For the moment, the EUR/USD is concentrating on a critical trading level of 1.1060, which is probable to hold the EUR/USD bearish below this mark. Below this level, the EUR/USD may gain support at 1.1025 and 1.1000 level today.

There will likely be a moderate weakness in Claimant Count estimates amid no change in Unemployment Rate and Average Earnings. After the data, the speech from the United States President Donald Trump and Federal Reserve speech will be closely followed to decide the future of the United States and China trade relations and the U.S. Federal Reserve futures moves, respectively.

The GBP/USD appears to have broken the bearish trendline resistance of 1.2825 upon the release of optimistic GDP figures. The MACD and RSI have crossed above 0 and 50, respectively, implying the odds of a bullish bias in the GBP/USD.

On the lower side, the GBP/USD may find immediate support at 1.2845 level. But the closing of candles above 1.2845 area suggests strong chance of buying trend continuation.

Consider taking buying positions above 1.2845 and selling below the same level today.

The USD/JPY currency pair found on the bullish track and taking buying near the 109.20 on the day, despite the trade tension between the United States and China, and protest in Hong Kong. The greenback strength could be the reason behind the pair’s bullish trend. Notably, the recovery of U.S. bond trading, greenback sent higher.

However, investors broadly avoided the United States’ expectations regarding the tariff roll back from the European Union automobiles and positive comments from the Japanese Economy Minister Yasutoshi Nishimura as well.

On the 4 hour chart, the USD/JPY pair is forming higher’s high and higher’s low pattern, which suggesting bullish bias among traders. The USD/JPY has immediate support at 108.900 and resistance at 109.400.

The MACD is forming histograms in the bearish zone, but the recent histogram is likely to develop above 0, and it may drive more buying until 109.450 today.