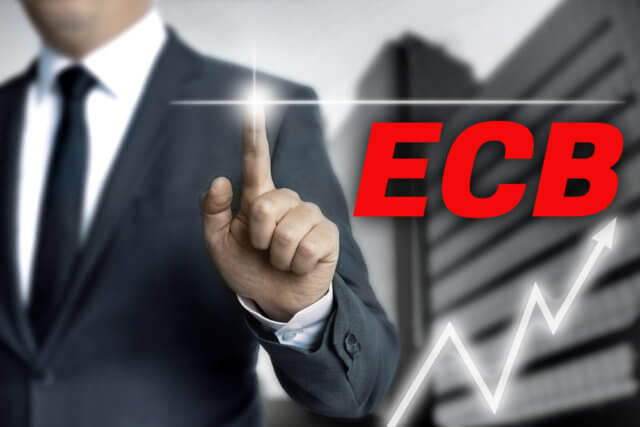 The European Central Bank will deliver its interest rates decision (deposit facility rate expected to be unchanged at -0.50%). The European Commission will release the eurozone’s December Consumer Confidence Index (-7.0 expected).

The U.S. Labor Department will post initial jobless claims in the week ended January 18 (215,000 expected). The Conference Board will release its December Leading Index (-0.2% on month expected).

The European Central Bank is likely to keep interest rates and other essential policy tools unchanged. As we know, the ECB had delivered rate cut by ten basis points to -0.5% in September 2019. Moreover, the Bank also restarted bond purchases in October.

It is worth to mention that the purpose of Thursday’s meeting would be to announce the official strategy review, which would redefine its mission and tools. The Bank would also set the scope and parameters for the review, which could gain the attention of traders.

Moving ahead, the EUR currency will likely put strong bids if the speech of ECB President Lagarde decreases the chances of the possible change in the sense of the price stability and methods to achieve it.

On the other hand, the German economy is flashing green in the wake of optimism surrounding the United States and China trade deal. As we already mentioned that the EUR currency might pick up bid if Lagarde focuses on recent positive data, and confirm the need for more effort toward the economy.

On the negative side, the EUR currency could be subject to selling pressure if the Lagarde ignores the recent German/Eurozone economic recovery and focus more on the downside risks. Furthermore, any sign regarding Bank planning to adopt a higher inflation target in the future will likely push the EUR currency lower.

On Thursday, the EUR/USD is trading at 1.1086 area, having formed a series of Doji candles pattern above 1.1070 support level, particularly on the 4-hour timeframe. The bullish Doji pattern is proposing the odds of a bullish and bearish trend both in the EUR/USD as it depends upon the ECB rate decision.

The GBP/USD currency pair was flashing red, and it failed to continue its three-day bullish rally despite the United Kingdom’s Prime Minister Boris Johnson’s Brexit deal victory regarding Withdrawal Agreement Bill (WAB). As of writing, the GBP/USD currency pair is currently trading at 1.3015 and is consolidating in the range between the 1.3119 – 1.3152.

On the front of the leading news, despite seeing 5-amendments from the House of Lords, the Tory leader/UK PM Boris Johnson has passed his WAB Bill through the Parliament (without modification) in the wake of majority support. As of now, the bill will get the royal approval within 9-days to become law.

Whereas, the hard Brexit fears continue to surround the market. That is due to the European Union chief Von der Leyen saying that the United Kingdoms’ position would be weakened in the single market if it does not continue to sign up the European Union rules and regulations after Brexit withdrawal. The E.U. chief also said that the trade talks would start from February, after considering that there could be a further delay until March.

Moreover, the pair could weaken further in the wake of the U.S. threat to impose the sanctions if the United Kingdom moves forward in its punitive measures to impose digital service tax on search engines like Google and Facebook. Whereas France backed out after the warning from Washington and agreed with the U.S. to develop an international framework for digital taxation at the OECD level, but both disagree on ways to shape it.

At the China front, fears of a Chinese virus explosion and noises surrounding the US-China trade deal, as well as the U.S. President Donald Trump’s impeachment hearings, all are keeping the market under pressure.

As a result, the U.S. ten-year treasury yields remained under pressure around 1.75%, while the Asian stocks also gave mixed trade sentiment.

On the 4 hour timeframe, the GBP/USD is testing the resistance level, which is extended by the bearish channel at 1.3060. At the moment, the GBP/USD pair is trading at 1.3060, and it seems to extend its bullish bias until 1.3090.

As we already mentioned, the USD/JPY currency pair failed to break the 110 handles because of the lack of events to distract the market attention from the virus fears as well as Trump’s impeachment trial. Whereas the U.S. stock markets had mixed sentiment and without the full commitment from U.S. dollar traders, the prices finally dropped.

The virus has killed 17 people so far in China, and leaders have almost closed Wuhan and also keeping the focus on the other nation to understand the cause behind the virus. By the way, the virus is known to be humanly transmitted. As a result, market risk-tone has severely disturbed.

At the Sino-US trade font, the U.S. has decided to reduce some part of its tariffs on Chinese products on this Valentines’ Day, as agreed in the phase-one deal, which resulted in ease in the uncertainty about the impact of the US-China deal on global financial markets.

Although the trade and geopolitical fears have been pushing the markets off lately, the rising trade optimism has given a cool tone to the market. Despite that, the U.S. ten-year treasury yields remained weak, around 1.77%, whereas global equities have also shown mixed results.

Looking forward, the Investors will keep their eyes on Japan’s trade figures, All Industry Activity Index, and Leading Economic Index, as well as the news headlines, to further invest in the market. On the negative side, a possible recovery in Japanese Yen will likely keep the pair under pressure. And on the positive side, the BOJ Governor’s overall dovish outlook in the latest meeting, as well as the broad greenback strength, could keep the pair bullish.

The USD/JPY pair has finally violated the double bottom level of 109.850, which is now leading the currency pair towards the next support level of 109.185. Technically, the USD/JPY may find resistance around 109.850, which is the same level that provided support to the USD/JPY earlier. We can see selling below this level until 109.250. Moreover, the RSI and MACD have crossed over in the selling zone. Today, I will be looking for selling trades below 109.850 and selling above 109.250 level.