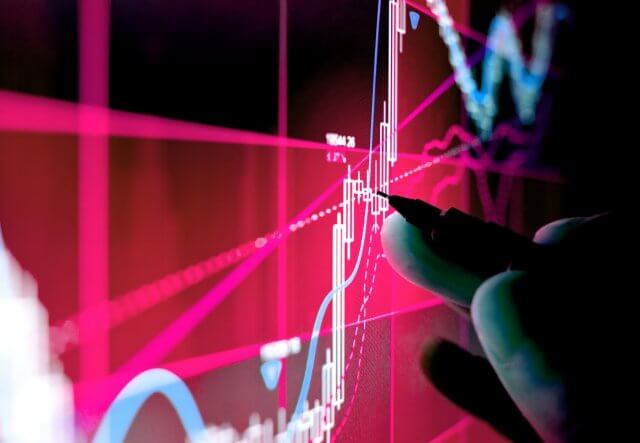 On the fundamental side, the eyes will remain on the U.S. Prelim GDP, Unemployment rate, and Fed Chair Powell Speaks, which is due during the U.S. session. U.S. economy is once again expected to report a massive dip in the U.S. GDP data. At the same time, the Jobless Claims may improve a bit. Overall, the Fed Chair Powell Speaks will be the main highlight of the day as it may determine further sentiment about the U.S. dollar depending upon the dovish or hawkish tone of Powell.

Whereas, the resurgence of coronavirus pandemic in Europe increased the concerns for another wave of the Eurozone outbreak. Spain has recorded 80,000 new coronavirus cases over the last two weeks; the rate was by far the most in Western Europe. Germany reported 1576 new cases on Wednesday and increased the total count to 236,429.

The travel warning for countries outside Europe has been extended to September 14, as announced by the German Foreign Ministry on Wednesday. Meanwhile, Health Minister Jens Spahn has said that coronavirus testing’s capacity was limited in the country. In France, the Government warned that a second wave could hit the country as early as November. Furthermore, the E.U. trade commissioner Phil Hogan resigned after the Irish Government accused him of breaching COVID-19 guidelines. He attended a golf dinner with more than 80 people in a County Galway on August 19 and was criticized for not complying with quarantine rules while traveling.

Mr. Hogan denied breaking any law and said that he should have been more rigorous concerning the COVID-19 guidelines. These virus-related concerns kept weighing on the local currency Euro and kept the pair EUR/USD under pressure throughout the day.

On the U.S. front, the U.S. dollar was low on the day ahead of Fed Chair Jerome Powell’s speech scheduled for Thursday. The speech is expected to be dovish and provide fresh clues about the delayed U.S. next stimulus package and is weighing on the market sentiment.

The EUR/USD is trading sideways, holding below a double top resistance area of 1.1849 level. On the downside, the EUR/USD is likely to find support at 1.1804, while a bearish breakout of 1.1804 level can trigger selling until 1.1775 level. In case of a bullish breakout, the EUR/USD pair may trigger further buying trends until 1.1879 and 1.1945 levels.

The GBP/USD currency pair managed to gain some positive traction and drew some modest bids near above 1.3200 level on the day mainly due to the broad-based U.S. dollar weakness, triggered by the cautious sentiment ahead of U.S. Federal Reserve (Fed) Chair Jerome Powell’s speech. Apart from this, the lack of progress over the much-awaited U.S. fiscal stimulus also weighed on the safe-haven U.S. dollar and contributed to the currency pair gains.

On the contrary, the downbeat report from the Confederation of British Industry (CBI) and negative remarks by the Organisation for Economic Co-operation and Development (OECD) also exerted some downside pressure o the currency pair. On the other hand, the cancelation of the negotiations over the U.K. and the European Union’s post-Brexit relationship also becomes the key factor that kept the lid on any additional gain in the currency pair. At this particular time, the GBP/USD currency pair is currently trading at 1.3207 and consolidating in the range between 1.3195 – 1.3223.

As per the CBI report, the companies reliant on spending by consumers – many of which only opened in recent weeks after the lockdown – cut jobs faster on record. However, these comments initially weighed on the currency pair. In the meantime, the OECD noted the British economy’s record quarterly fall as worrisome. In turn, this undermined the sentiment around the British Pound and contributed to the currency pair modest losses.

Also weighed on the quote was the reports that the E.U. representatives have dropped the discussions over the U.K. and the European Union’s post-Brexit relationship as a subject for the next week’s meeting. However, these gloomy headlines overshadowed the previous day’s positive comments from the Irish leader Michael Martin.

The fresh challenges to the US-China relations exerted further downside pressure on the market trading sentiment across the pond. It is worth reporting that the Trump administration considers imposing sanctions on those companies helping China mark its presence in the South China Sea. This happens after the dragon nation fired missiles in the drills around the debatable region.

At the USD front, the broad-based U.S. dollar was down on Thursday morning in Asia ahead of U.S. Federal Reserve Chairman Jerome Powell’s speech at the Jackson Hole symposium later. Whereas, the losses in the U.S. dollar become the key factor that kept the GBP/USD currency pair higher. Whereas, the U.S. Dollar Index that tracks the greenback against a basket of other currencies dropped by 0.12% to 92.882 by 11:59 PM ET (4:59 AM GMT).

Looking forward, the market traders await the Federal Reserve Chairman Jerome Powell’s speech in the Jackson Hole Symposium. As well as, America’s preliminary readings of the second quarter (Q2) GDP, which is expected -32.5% versus -32.9% will be key to watch. In the meantime, the updates surrounding the fresh Sino-US tussle, this time over the South China Sea, and the coronavirus (COVID-19) updates, could not lose their importance.

The GBP/USD has distrub[ted the narrow trading range of 1.3140 – 1.3056, and upward breakout of GBP/USD is expected to lead the Cable prices further higher until 1.3262 mark. On the upper side, the GBP/USD pair may face the next resistance around 1.3262 mark and above this 1.3295. Technically, 50 periods of EMA, RSI, and MACD all are suggesting a bullish trends in the GBP/USD pair. Let’s look for buying trades above 1.3146 level.

The USD/JPY was closed at 105.985 after placing a high of 106.554 and a low of 105.954. After posting gains for three consecutive days, USD/JPY pair declined on Wednesday amid the broad-based U.S. dollar weakness ahead of Fed Chair Jerome Powell’s speech on Thursday.

The traders were selling USD/JPY pair over the rising hopes that a next stimulus package was on its way. As in result, the U.S. Dollar Index (DXY) fell by 0.1% against its rival currencies and weighed further on the U.S. dollar that dragged the currency pair on the low side.

The Chairman of Federal Reserve, Jerome Powell, will deliver a speech via video conference at Jackson Hole Symposium on the next day and provide an annual central bank’s monetary policy framework review.

Investors believe that the speech will make a strong case about the monetary stimulus, so they are awaiting it to find fresh clues about how the Fed will support the economy further through the coronavirus pandemic crisis.

Another reason behind waiting for the Fed’s Chair Powell’s speech is to determine whether Fed will favor shifting from a long-run inflation target of 2% to an average level of inflation as it will raise inflation and will make the U.S. dollar weak before raised interest rates.

The U.S. dollar was lower on the day ahead of the next stimulus measure as Powell’s dovish expectations increased. If Powell’s speech provided the expected clues, then the U.S. dollar will fell even more and weighed on USD/JPY to move it below 104 level.

Meanwhile, the additional losses in currency pair were supported by the rising tensions between the U.S. & China. On Wednesday, 24 Chinese companies were penalized by the Trump Administration due to their contribution to China’s controversial island-building campaign.

The U.S. banned Chinese companies from buying the U.S. products citing their role in helping the Chinese military construct artificial islands in the disputed South China Sea. The U.S. had already penalized dozens of Chinese companies over national security concerns and violations of human rights, and now China’s encroachment in the South China Sea has also added in it. Now it is remained to see the response of China over this penalty by the U.S. The ongoing tensions between the U.S. & China added strength in Japanese Yen that further supported the USD/JPY pair’s bearish trend on Wednesday.

Meanwhile, the risk sentiment that took its pace yesterday on the back of renewed hopes on the vaccine was faded away after the latest warning from the top U.S. virus expert Dr. Anthony Fauci. He said that before the vaccine’s approval for safety and efficiency, the usage of vaccines could be harmful. He warned that it could affect the development of other vaccines.

President Donald Trump had considered plans to put out a vaccine before it was tested and approved to increase his re-election chances in upcoming November’s presidential elections. Democrats have blamed Trump for endangering American lives for political gain. It has also weighed on risk sentiment and added in the currency pairs losses on Wednesday.

The USD/JPY is consolidating in an upward channel, which is supporting the pair at 105.820. On the upper side, the USD/JPY is likely to gain an immediate resistance around 106.566 as well as 107.078. Looking at