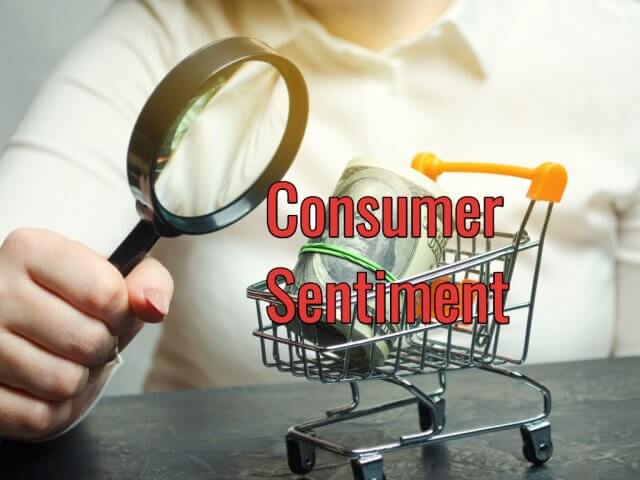 On the news front, eyes will remain on the UK GDP figures, which are expected to perform worse than the previous month’s data. Alongside the U.S. Prelim UoM Consumer Sentiment figures will be in play to drive price action in gold and dollar related pairs today.

The EUR/USD pair was closed at 1.12974 after placing a high of 1.14035 and a low of 1.12886. Overall the movement of the EUR/USD pair remained bearish throughout the day. The EUR/USD pair gained traction in the early session and rose to a daily high of 1.1403 on Thursday. However, the pair EUR/USD lost its traction on the back of the risk-averse market sentiment, which boosted the demand for safe-haven U.S. dollar.

In the early trading session, the EUR/USD pair followed its previous day’s movement and rose above 1.140 level but failed to remain there in the wake of a strong U.S. dollar against Euro. Dollar Index (DXY) stayed relatively calm near 96.00 level in the first half of the day.

After the release of economic data from both sides, the EUR/USD pair started to lose its daily gains and turned the gains into losses.

Furthermore, the Eurogroup meeting was held on Thursday to discuss the distribution of 750 billion euros to member states to deal with the economic shock from the crisis. Five hundred billion euros were planned to disburse as grants and 250 billion as loans.

Meanwhile, the finance minister of the Eurozone approved the distribution of 748 million to Greece from profits of European Central Bank that purchased Greek sovereign bonds.

Moreover, the 19 finance ministers of the euro area were looking for a new president and at the time when the region was facing tough negotiations over 750 billion euros fiscal plans to help it recover from the coronavirus.

The EUR/USD pair is trading at 1.1296 level, having entered into the oversold zone. Today, we can expect bullish correction until 1.1309 and 1.1340 levels, which mark 38.2% and 50% Fibonacci retracement levels. Below these levels, the EUR/USD pair can show selling bias again as the 50 EMA can pressure the pair for selling.

The GBP/USD pair was closed at 1.26016 after placing a high of 1.27541 and a low of 1.25863. Overall the movement of GBP/USD pair remained bearish throughout the day. The GBP/USD pair dropped on Thursday after posting gains for ten previous days on the back of strong intraday U.S. dollar buying, which dragged the pair further below towards 1.2500 level.

The risk-off market sentiment emerged after the comments of Federal Reserve on Thursday and the news that some American states were showing some signs of coronavirus cases again.

The Fed Chair Jerome Powell said that the U.S. economy was set to contract by 6.5% this year, and the unemployment rate was expected to reach 9.3%. The U.K. will release its latest GDP growth figures on Friday, which was previously estimated to show a contraction in April by 18%, followed by a 5.8% decline in March.

On Brexit front, the negotiations between the U.K. & E.U. will now intensify with weekly talks throughout July into August and in the hope of a breakthrough. The U.K. is facing a very difficult time from relatively increased COVID-19 cases and negotiations at that time are weighing even more on British Pound. The hopes of any breakthrough for post Brexit deal rely on the talks between UK PM Boris Johnson and E.C. President von der Leyden, which will hold after the E.U. Summit.

Meanwhile, some fresh bearish pressure for GBP/USD came after the Organization for Economic Co-operation and Development warned that U.K.’s economy was set to be the hardest hit amongst the world’s developed countries from coronavirus pandemic.

At the data front, the RICS House Price Balance for May from the U.K. was released at 4:01 GMT, which showed a decline of 32% against the expected decline by 24% and weighed on British Pound and dragged the GBP/USD pair.

From the American side, the Unemployment Claims for last week were reported as 1.542M against the expected 1.550M and supported the U.S. dollar, which ultimately dragged the pair GBP/USD further toward downside on Thursday.

On Friday, the GBP/USD pair is trading with a bearish bias at 1.2570 level ever since it has violated an upward trendline support level of 1.2650. On the 4 hour timeframe, the Cable has entered the oversold zone as we can see the RSI and MACD both were holding below 20 and below 0 levels, respectively. On the lower side, the Cable may find initial support at a level of 1.2550, and below this, the next support may be found around 1.2503 level today while the bullish breakout of 38.2% Fibonacci resistance level can lead the GBP/USD pair towards 1.2650 level, which marks 61.8% Fibo level today.

The USD/JPY was closed at 106.859 after placing a high of 107.232 and a low of 106.569. Overall the movement of the USD/JPY pair remained bearish throughout the day. The USD/JPY currency pair dropped for the 4th consecutive day on Thursday despite strong demand for the U.S. dollar due to the risk-off market sentiment after the Fed’s gloomy outlook on the U.S. economy presented in its latest monetary policy meeting.

The increasing fears of a second wave of coronavirus after the increased number of appearing cases of infected people due to easing of lockdown restrictions added in the risk-off market sentiment and currency pair’s declines on Thursday.

FOMC turned down the odds of negative interest rates and held its rates near zero at 0-0.25% on Wednesday but suggested that the recovery road would be longer for the U.S. economy as the impact of coronavirus crisis was deeper than expectations. Fed said that it would use all its tools to overcome the damage caused by a coronavirus.

The risk-off market sentiment caused the USD/JPY pair to move in a downward direction on Thursday towards the lowest level of 106.569.

On the data front, at 4:50 GMT, the BSI Manufacturing Index dropped by 52.3 against the forecasted decline by 20.5 and weighed on Japanese Yen. At 17:30 GMT, the Core PPI for May came in line with the expectations of -0.1%. The PPI for May increased to 0.4% from the expected 0.1% and supported the U.S. dollar. The Unemployment Claims from last week were reported 1.542M against the expected 1.550M and gave strength to the U.S. dollar. Despite the strength of the U.S. dollar, the USD/JPY pair moved in a downward direction and posted losses for 4th consecutive day on Thursday.

Furthermore, Moderna told Bloomberg on Thursday that the final-stage trial of its vaccine for COVID-19 will start July. Moderna was the first company to start human clinical trials of its vaccine in the U.S.

The last stage of the trial will be completed with the partnership of the U.S. National Institute of Allergy and Infectious Diseases (NIAID). The study will include 30,000 people and will provide definite clinical proof that vaccines actually prevent people from developing COVID-19.

The USD/JPY pair fell sharply after violating the upward channel, which supported the pair around 107.500. For now, this level is working as resistance for USD/JPY. The 50 periods EMA is also extending strong resistance at 107.650 area while immediate support stays around 106.600. The bearish trend in the USD/JPY pair can trigger a sell-off until the next support level of the 106.017 level today. Let’s wait for the market to test the 107.650 level before entering a sell in the USD/JPY today.