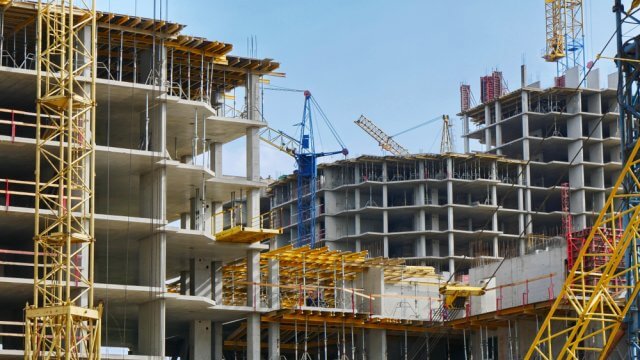 Construction activity is the beginning phase of an expected economic growth, which is more vividly evident in the developing economies than developed economies. New infrastructures, buildings, renovations are all part of an expanding economy. Construction is an important economic indicator to assess economic health.

What is Construction Output?

The Construction Output data reporting based on sectors, new or existing renovations, seasonal adjustments, volume, value-based, etc. precisely as illustrated for reference below: 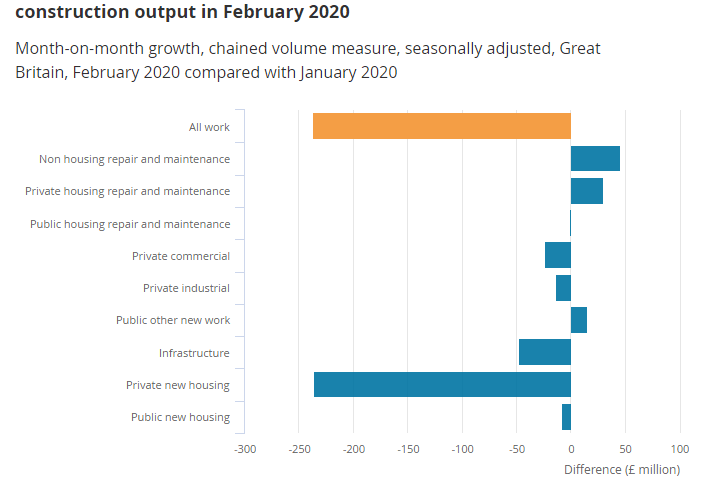 The Construction Output data is also reported in the index format, where the base index period is 2016, for which the score is 100, and subsequent reports would be scored in comparison to this index period. Typically, it is widely discussed in terms of percentage changes concerning the previous month.

How can the Construction Output numbers be used for analysis?

The Construction Output is a significant economic indicator in the United Kingdom, that is closely watched by both private and public sectors, especially by the Bank of England and HM Treasury. The Construction Output figures assist them in policy reforms and economic-decisions. Growth is a process of emergence of new and better things and discarding old inefficient ones. Construction, in this sense, is just that. Construction involves the erection of new buildings, infrastructures, renovations, expansions of existing infrastructures.

Increased Construction Output implies more people employed, better wages in the construction sector, more demand for raw materials for the Construction, etc. The very act of Construction has a ripple effect on the economy.

Secondly, the Construction of corporate infrastructures or commercial structures implies that these buildings will be used for further economic activities. For example, a company doubling its company size is planning to double its staff and correspondingly the business that it generates. Hence, Construction Output figures improvement is indicative of an improvement in many other sectors.

All these improvements correlated with Construction Output also stimulate consumer confidence and encourages consumer spending, which further stimulates the economy and boosts growth. The importance of Construction Output is also evident from the fact that it is taken into account for the compilation of the GDP monthly estimate.

New Orders in the Construction Industry

It is a quarterly report produced by the administrative data provided by the Barbour ABI. Construction Output data reflects immediate short term health of the economy as it accounts for the construction work that has already taken place. Whereas, the New Orders report from the ONS provides more a forward-looking estimate of the potential construction activity in Great Britain.

New Orders are also crucial in gaining insight into the upcoming economic trends. Hence, it is advisable to use the New Orders report in conjunction with Construction Output report data to assess current and ongoing economic trends more precisely. It is a quarterly report. It is also presented as an index report for which the base index period is 2016, i.e., the New Orders score for 2016 is 100, and all subsequent reports are reported in comparison to this index value.

The Construction Output is a coincident indicator in the short-run. Still, it can also be used to gauge upcoming economic trends based on the type of Construction Activities are being undertaken. Also, if we take the New Orders report, both together can act as a leading economic indicator.

The Construction Output reports are published approximately six weeks after the reference month by the Office for National Statistics (ONS) on its official website.

We can find the latest Construction Output statistics for the United Kingdom can be found below.

For the United States – Gross Output of Private Industries: Construction

Impact of the ‘Construction Output’ news release on the price charts

By now, we believe that you have understood the significance of Construction Output in an economy, which essentially includes construction work done by enterprises that are used for measuring the growth of the construction sector. It gives an insight into the supply on the housing and construction market. The Construction industry is one of the first to go into recession when the economy declines but also to recover as conditions improve. The Construction Sector has a marginal influence on the GDP of an economy. Thus, investors do not give a lot of importance to the data when it comes to the fundamental analysis of a currency.

In today’s illustration, we will explore the impact of the Construction Output news announcement on different currency pairs and compare the change in volatility. The below image shows the previous, forecasted, and latest data of the United Kingdom, where we see a reduction in total output in the month of March. Let us look at how the market reacted to this data.

The first pair we will look into is the GBP/USD currency pair, where the above image shows the characteristics of the pair before the news announcement. The market is in a strong uptrend and has started moving in a range with the price at the bottom of the range at the moment. Thus, we can expect buyers to show up any time from this point. As economists are expecting healthier Construction Output data, traders can take a ‘long’ position with a strict stop loss below the ‘support.’

After the news announcement, the market drops slightly owing to weak Construction Output data, and the volatility is seen to increase on the downside. But since the impact of this news release is less, the effect will not last long on the currency pair, and we cannot expect the market to break key technical levels. This is why the price reacts strongly from the ‘support’ and bounces off. Traders need to analyze the pair technically and trade accordingly.

The above images represent the GBP/AUD currency pair, where we see that before the news is announced, the market was in a strong downtrend indicating a great amount of weakness in the British Pound. Currently, we can say that the price in the ‘demand’ area and thus we can expect bullish pressure to come back in the market at any moment. It is not recommended to buy the currency pair as the downtrend is dominant, and there are no signs of reversal.

After the news announcement, the price quickly moves up and closes as a bullish candle. In this pair, the Construction Output data get an opposite reaction from the market where the volatility increases to the upside soon after the announcement. Traders can take a ‘short’ position in the market after a suitable price retracement to a key technical level.

The above charts belong to the EUR/GBP currency pair, where we see that the market is in an overall downtrend before the announcement, and currently, the price is in a retracement mode. Since the British Pound is on the right-hand side of the pair, a down-trending market means the currency is extremely strong. Looking at the price action, we can say that the downtrend will continue and now we need to find the right place to enter the market.

After the news announcement, the price initially goes lower, but the currency gets immediately bought into, and volatility increases to the upside. This was a result of poor Construction Output data were traders bought the currency pair by selling British Pound. As the impact is least, the up move does not sustain, and the downtrend continues.

That’s about ‘Construction Output’ and the impact on its news release on the Forex price charts. Shoot your questions in the comments below, and we would be happy to answer them. Cheers!