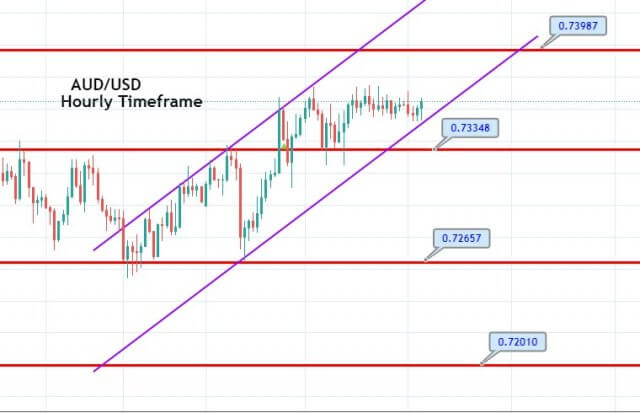 The AUD/USD pair was closed at 0.73570 after placing a high of 0.73742 and a low of 0.73533. The Australian dollar tried to rally during the early session on Thursday but gave back some of its gains and ended up losing. This week has been quite supportive to the riskier currencies like the Australian dollar and Aussie has been on its highest since September level due to the combination of vaccine news, the beginning of Joe Biden transition, and the weakness of the US dollar.

The US dollar was weak on Wednesday after the US Labor Market data showed that the Initial Jobless Claims rose to 778,000 from the previous 748,000 during last week, and the trade deficit was climbed to $80,29B from the previous $79.36B. The negative macroeconomic data on Wednesday also drove the AUD.USD pair on the next day as there was no data to be released due to Thanksgiving Holiday.

During thin trading, the Aussie suffered as the pair were left with the macroeconomic data from Australia. At 05:30 GMT, the Private Capital Expenditure for the quarter in Australia declined to -3.0% from the forecasted -1.5% and weighed heavily on the Australian dollar that added pressure on AUD/USD pair.

Out of 660 Million cases, 12.7M were from the world’s largest economy, the United States. The rising number of coronavirus cases in the US forces many state governments to impose lockdown restrictions that added pressure on the US dollar and the market’s risk sentiment.

The risk perceived Aussie suffered on Thursday despite the latest coronavirus update that Queensland had decided to allow Victorians to enter the state from Dec-1st without quarantining. The pair AUD/USD followed the market mood that was disturbed by the rising number of coronavirus cases, and the pair ended up posting small losses on Thursday.

The AUD/USD is approaching a resistance level at 0.73400, which has now been violated and the AUD/USD pair has the potential to go after the 0.7397 level. We have already captured this trade and enchased 30+ pips in a trade. For now, we will be looking for a retracement until the 0.7395-90 area to take another buying position in AUD/USD as bullish bias seems dominant today. Good luck!