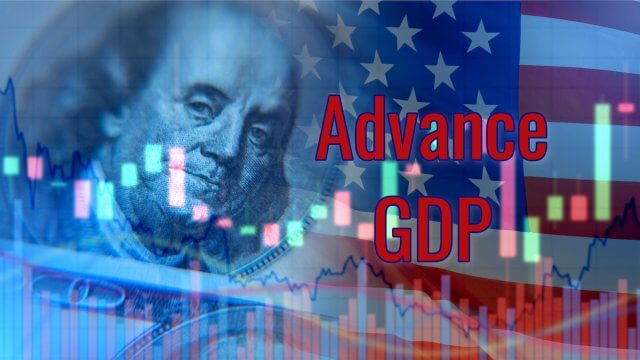 Later today, the focus will remain on the German Prelim CPI and Advance GDP figures from the U.S. both of the events are expected to perform worse than before as the data represents the economic activity of the lockdown period. So most of it is already priced in. However, the U.S. Jobless claims will remain in the highlights, and these are expected to rise again, perhaps due to the second wave of COVID19 in the U.S.

The EUR/USD pair was closed at 1.21117 after placing a high of 1.21696 and a low of 1.20581. The EUR/USD pair posted losses on Wednesday as the Federal Reserve kept its benchmark short-term interest rates unchanged near zero and maintained an asset purchasing program at $120 billion a month.

The Federal Reserve Open Market Committee released its statement from the January meeting that stated that the pace of recovery in economic activity and employment has moderate in recent months with weakness concentrated in the sectors most adversely affected by the pandemic.

According to the statement, the coronavirus pandemic was causing tremendous human and economic hardship across the United States and worldwide. The committee also stated that the economy’s path would depend significantly on the course of the virus, including the progress on vaccination.

The market’s reaction to the Federal Reserve policy decision kept the EUR/USD pair under pressure, and hence, the currency pair started to extend its losses on Wednesday. Whereas the single currency Euro faced mixed movements throughout the day, the currency remained under pressure with fresh speculations that the ECB could soon cut Eurozone interest rates. The Central Bank was reportedly concerned that markets were pricing out the chances of more interest rate cuts from the ECB.

Furthermore, the fears for vaccine shortage in Eurozone also weighed on the single currency on Wednesday after the European Union called out vaccine makers AstraZeneca and Pfizer over delivery delays that could slow its recovery from the pandemic. Officials were even threatening to restrict exports and take legal actions as anger mounts.

According to E.U. officials, AstraZeneca will not deliver as many doses as it promised and has put the government rollout plans and economic recovery at risk. The news came in after Pfizer said that it had delivered fewer doses of its vaccine than expected last week. European Commission President Ursula von der Leyen turned up the pharmaceutical companies’ heat and said that Europe had invested billions in helping develop the world’s first coronavirus vaccine to create a truly global common good, and now companies must deliver and honor their obligations.

The European Union has devoted part of 2.7 billion euros emergency fund to assist with vaccine development. E.U. countries we recounted on the vaccines to rein in the health crisis and jumpstart their economies, but now they were forced to modify their plans. Furthermore, the E.U. urged the pharmaceutical firm AstraZeneca to supply it with more coronavirus vaccine doses from U.K. plants to row over shortages. However, the company denied and said that the production delay in European plants could only deliver a fraction of the doses it promised for the first quarter of the year. However, the E.U. insisted that doses made elsewhere should make up the shortfall and d criticize the slow rollout of vaccination.

This vaccine drama in the European Union raised concerns over the delayed economic recovery and added weight on the single currency Euro that ultimately added EUR/USD pair losses on Wednesday.

On a data front, at 18:30 GMT, the Core Durable Goods Orders for December rose to 0.7% against the expected 0.5% and supported the U.S. dollar that added more losses in EUR/USD pair.

In December, the Durable Goods Orders dropped to 0.2% against the expected 1.0% and weighed on the U.S. dollar. From the European side, at 12:00 GMT, the German GfK Consumer Climate dropped in January to -15.6 against the forecasted -7.8. It weighed on Euro that ultimately dragged the currency pair EUR/USD further on the downside on Wednesday.

The GBP/USD pair was closed at 1.36887 after placing a high of 1.37586 and a low of 1.36590. On Wednesday, the currency pair GBP/USD dropped and posted losses for the day amid the broad-based U.S. dollar strength after the FOMC statement and Fed’s monetary policy decision.

The Federal Reserve Open Market Committee released its statement from January’s meeting on Wednesday that mentioned that the Fed will keep its interest rates near zero and maintain the asset purchasing program of $120 billion per month.

Federal Reserve said that the economic path would solely be decided by pandemic and vaccine rollout developments. Other than this, everything stated in the statement issued by FOMC was just as expected and supported the U.S. dollar that ultimately kept the GBP/USD pair under pressure for the day. On the data front, at 18:30 GMT, the Core Durable Goods Orders for December surged to 0.7% against the anticipated 0.5% and supported the U.S. dollar that ultimately added weight on GBP/USD pair. In December, the Durable Goods Orders fell to 0.2% against the anticipated 1.0% and weighed on the U.S. dollar that capped further GBP/USD pair losses.

The GBP/USD pair rose to its highest since May 2018 on Wednesday however failed to remain there and reversed its direction. The rise in the GBP/USD pair during the session’s early trading hours could be attributed to U.K. Prime Minister Boris Johnson’s latest comments.

The PM has said that he hopes that a gradual and phased relaxation of coronavirus restrictions could begin in early March. Johnson said that he intended to set out a plan to ease the lockdown in England. The factors will include death and hospitalization numbers, the progress of vaccinations, and changes in viruses.

He also ruled out schools in England re-opening after the February half term instead set a target of 8-March. He also announced a 10-day self-funded quarantine restriction for all travelers entering the U.K. from high-risk countries under tighter border restrictions to combat new variants of coronavirus. The PM was under pressure from Tory MPs to spell out plans for how the current lockdown will end. Then PM replied that relaxing restriction would depend on emerging data about how effectively the vaccine stops virus transmission. These comments from UK PM raised the local currency, British Pound, to economic recovery and pushed the pair GBP/USD in early trading hours. However, the strength of the U.S. dollar due to the Federal Reserve’s decision in the January monetary policy meeting added pressure on the currency pair. It dragged GBP/USD to the downside.

The risk-averse market sentiment was confirmed by the declining S&P 500 futures that lost more than 1% on the day. Wall Street’s main indexes also started the day in negative territory and supported the U.S. dollar and USD/JPY pair. On the data front, at 18:30 GMT, the Core Durable Goods Orders for December advanced to 0.7% against the estimated 0.5% and supported the U.S. dollar, and added further gains in the USD/JPY pair. In December, the Durable Goods Orders plunged to 0.2% against the estimated 1.0% and weighed on the U.S. dollar. Nevertheless, investors largely ignored the data as the focus was solely on the FOMC’s policy announcement.

The first policy meeting under Joe Biden’s presidency had all the investors’ focus, and that kept driving the whole market on Wednesday. The Federal Reserve Chairman Jerome Powell made clear that the U.S. Central bank was nowhere near exiting massive support for the economy during the ongoing coronavirus pandemic. The Federal Reserve officials kept the benchmark interest rates unchanged near zero and flagged a moderating U.S. recovery in a statement released by FOMC for the January meeting. The bank repeated that it would maintain its bond-buying program at the current pace of $120 billion of purchases per month until substantial further progress towards its employment and inflation goals.

After this announcement, the Yields on U.S. 10-year Treasury notes hovered just above 1%, and the U.S. dollar held its gains while the S&P 500 closed 2.6%, down from its steepest drop since October amid growing concerns that stocks have become overvalued. FOMC said in a statement that the pace of the recovery in economic activity and employment has moderated in months, with weaknesses concentrated in the sectors most adversely affected by the pandemic. Central Bank also said that the path for the economy would depend significantly not just on the coronavirus but also on vaccination progress. There was no macroeconomic data from Japan to be released on Wednesday, so the pair USD/JPY continued following the developments made in the U.S. front and continued rising on the day.