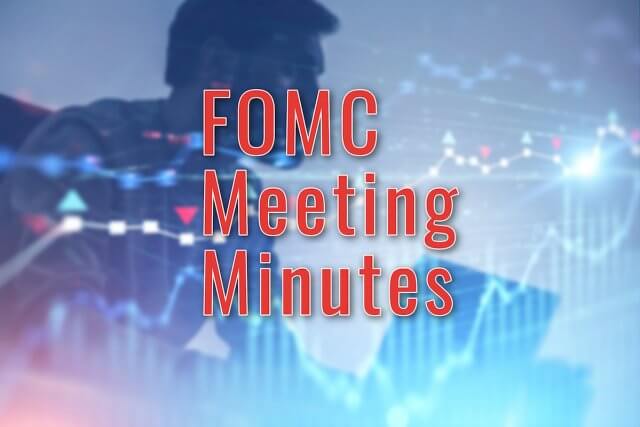 On the news front, the eyes will remain on the FOMC Meeting Minutes, which are not expected to show a rate change but will help us understand U.S. economic situation and policymakers’ stance on it. Besides, the Inflation reports from the U.K. and Eurozone are also likely to drive some price action during the European session today.

The EUR/USD pair was closed at 1.19308 after placing a high of 1.19654 and a low of 1.1863. Overall the movement of the EUR/USD pair remained bullish throughout the day. The EUR/USD pair rose and extended its gains for the 6th consecutive day on Tuesday amid heavy selling pressure surrounding the greenback. The pair EUR/USD surged to its highest level since May 2018 amid broad-based U.S. dollar weakness as it followed the U.S. Treasury bond yields.

The U.S. Treasury bond yield on 10-year note lost more than 4% on the day, and the U.S. Dollar Index fell to its lowest daily close in more than two years at $92.30. Other than the persistent sell-off in the U.S. dollar, the single currency Euro found extra sustain in the solid appetite for riskier assets on the back of strong hopes over a moderate economic recovery in the region. It was increased by the news that a coronavirus vaccine could be out sooner than expected.

The risk sentiment was also supported by the investors’ confidence about the strength of the U.S. economic recovery, helped by strong earnings from retail giants Home Depot and Walmart.

The stocks were up on Tuesday as S&P 500 futures rose by 0.2%, the Dow futures contract rose by 0.4%, and while Nasdaq 100 futures moved up by 0.3%. According to a fund manager survey from Bank of America on Tuesday, showed that investors were at their most bullish trend on financial markets since February. The rise in the equity market helped increase risk appetite and EUR that is a riskier asset gained from such activity in the market.

On the data front, there was no macroeconomic data to be released from the Europe side; however, from the U.S. side, at 17:30 GMT, the Building Permits exceeded the expectations of 1.33M and came in as 1.50M in July in comparison of 1.26M of June and supported U.S. dollar. The Housing Starts also rose to 1.50M and exceeded the forecast of 1.23M and supported the U.S. dollar. Positive data from the U.S. side supported the dollar and limited the additional gains in EUR/USD pair on Tuesday.

On Wednesday, the Eurostat will release the inflation report for the Euro area. Markets expect the Core Consumer Price Inflation that excludes the volatile food and energy prices to remain flat at 1.2% on a yearly basis.

From the U.S. side, the FOMC meeting minutes will also be released to provide fresh clues about the movement of the EUR/USD pair.

The EUR/USD pair has already violated the resistance level of 1.1912 level, which is now working as a support. On the 4 hour timeframe, the pair is supported by an upward channel at 1.1915, while the resistance stays at 1.1962 level. Bullish bias seems dominant, and it may lead the EUR/USD prices towards the 1.1998 level today. The RSI, MACD, and 50 EMA are all in support of buying trends.

The GBP/USD pair was closed at 1.32373 after placing a high of 1.32496 and a low of 1.30924. Overall the movement of GBP/USD pair remained strongly bullish. The GBP/USD pair continued to extend gains and rose for 4th consecutive day on Tuesday on the back of a combination of factors. The uncertainty over the next round of U.S. stimulus aid to support the U.S. economic recovery from the coronavirus pandemic has depressed the U.S. dollar. The falling U.S. Treasury bond yields further weighed on the already declining greenback and added gains in the GBP/USD pair.

The Sterling hit 8-months high on Tuesday as a new round of Brexit talks began, and the U.K. still believes that it can agree on a post-Brexit trade deal with the E.U. next month. On Tuesday ahead of the Brexit talks, a European Commission spokesman said that a deal would need to be agreed on by October. On the other hand, Mr. Barnier said that this date required an agreement to be ratified before the U.K.’s current post-Brexit transition period ends in December.

On the data side, at 17:30 GMT, the Building Permits from the United States was increased to 1.50M from the forecasted 1.33M in July, and the Housing Starts also rose to 1.50 M from the expected 1.23M and supported U.S. dollar. The economic figures from the U.S. were mostly ignored by the investors as the focus was all shifted towards the new round of Brexit talks.

However, the U.S. dollar was weak across the board on Tuesday as the U.S. Dollar Index collapsed to its lowest level in more than two years at 92.28 and was having a tough time recovering. This added pressure on the greenback and added gains in the GBP/USD pair on Tuesday.

However, the losses in the U.S. dollar helped the currency pair to take bids on the day.

The GBP/USD pair is trading at 1.3250 level, and the pair was trading in between an ascending triangle pattern that has now been violated. The triangle pattern was extending resistance at 1.3125 level, and above this, the next resistance is pretty much likely to be found around 1.3267 level. At the same time, the support stays at 1.3186 and 1.3137 level. Bullish bias seems dominant today.

The USD/JPY pair was closed at 105.407 after placing a high of 106.050 and a low of 105.281. Overall the movement of the USD/JPY pair remained bearish throughout the day. The USD/JPY pair moved to a fresh 2-week lowest level around 105.20 regions after the U.S. dollar selling pressure picked up pace during the late session.

The currency pair witnessed some strong follow-through selling for the third consecutive session and extended its bearish slide from 107.00 level. The downfall in USD/JPY pair was exclusively sponsored by the broad-based U.S. dollar weakness under pressure due to impasse over the next round of U.S. fiscal stimulus measures.

Apart from the U.S. Treasury, the escalating tensions between the U.S. & China, drove some safe-haven flows towards the Japanese Yen that further added in the downward momentum of USD/JPY pair on Tuesday.

Meanwhile, the positive opening in the U.S. equity markets failed to impress the bullish traders, and the pair USD/JPY continued moving in the downward direction and closed its day near the monthly low that was set on August 6.

On the data front, at 01:00 GMT, the TIC Long-Term Purchases for June exceeded the forecast of 108.0B and came in as 113.0B and supported the U.S. dollar. At 17:30 GMT, the Building Permits from the U.S. rose to 1.50M against the projected 1.33Mand the Housing starts rose to 1.50M from the projected 1.23Mand supported U.S. dollar that helped limit the additional losses in pair.

There was no news regarding the date of the review of the phase-one trade deal between both nations on the US-China front. It is expected that the review will be published after the targets of U.S. purchases by China will be met.

As per the deal, China has to increase its purchases of U.S. farm and manufactured products, energy, and services by $200 billion over the next two years. So far, China has made imports of products from the U.S. worth about $40.2 billion that is less than 50%. China still has far to go to meet the requirement as it was affected by the pandemic induced lockdowns; however, ever since the lockdown has been eased, China’s imports have increased. U.S. officials have said that they were satisfied with the trade deal progress so far.

On the negative side, the blacklisting of Huawei’s telecom group on Yesterday raised concerns regarding the escalated tensions between China & the U.S. and supported the bearish trend in the USD/JPY pair.