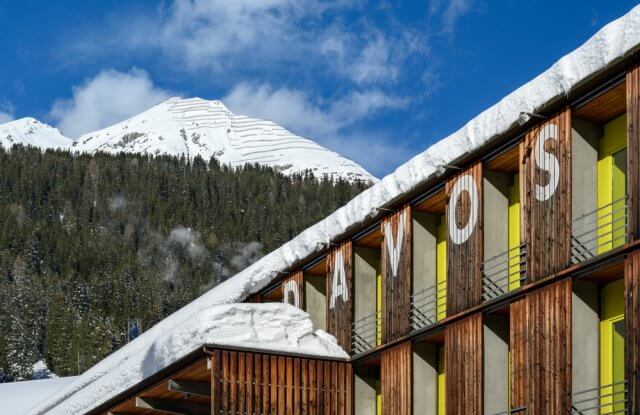 On the news front, eyes will remain on the ECB President Lagarde Speaks and German Ifo Business Climate figures from the Eurozone. President Lagarde is due to participate in a virtual panel discussion titled “Restoring Economic Growth” at Davos 2021.

EUR/USD pair was closed at 1.21707 after placing a high of 1.21893 and a low of 1.21513. The EUR/USD tried to break above the strong resistance level of 1.2200 on Friday but failed as the U.S. dollar strength and the worsened pandemic situation around the bloc added pressure on the single currency Euro.

The U.S. dollar was strong across the board as investors were worried about the chances that President Joe Biden’s $1.9 trillion stimulus proposal failed to gain traction. Hopes have raised that the package’s final deal could be smaller or just be dragged, and this supported the local currency U.S. dollar, which ultimately capped further upside in the EUR.USD pair on Friday.

Meanwhile, the EUR/USD pair hit its highest in the week on Friday, but the day’s gains were small as the European leaders showed frustration about the slow vaccination pace. The new mutants of coronavirus raised fresh concerns in the European Union as the governments considered imposing stricter border controls and banning non-essential travel.

The European Central Bank chief Christine Lagarde warned that the pandemic still poses severe risks to the Eurozone economy as concerns grow about new variants and sluggish vaccination campaigns. While many countries were struggling to reduce the number of infections, the emergence of more contagious virus variants first discovered in the U.K. and South Africa has added to nervousness.

However, one factor that helped the common currency in this depressing environment to stay strong onboard was European Central Bank’s latest decision. ECB said that risks remain tilted to the downside, but they were less pronounced. The President of ECB also emphasized the need for more monetary support while the policy remained unchanged.

The EUR/USD continues trading bullish at 1.2173 level and holding right above the 1.2158 support mark. Over this level, the EUR/USD has chances of bullish trend continuation until 1.2220 level. The pair has recently closed candles over 1.2158, and the continuation of the upward trend seems very likely as the 50 periods EMA supports the pair. On the higher side, the EUR/USD may find a target around 1.2220 level.

The GBP/USD pair was closed at 1.36816 after a high of 1.37358 and a low of 1.36354. After rising for three consecutive days, the GBP/USD pair dropped on Friday as the coronavirus pandemic hit the country hard and raised concerns for economic recovery as the lockdown restrictions extended.

The GBP/USD pair also fell on Friday amid the broad-based strength of the greenback triggered by the rising U.S. Treasury yields and the stronger than expected macroeconomic data. The U.S. dollar was also strong as the market’s investors shifted their focus from Joe Biden’s $1.9 trillion massive stimulus package and rather ignored its prospects.

The GBP/USD pair saw selling pressure on Friday as the death toll around the country rose to an alarming level amid the coronavirus’s new variant. According to a rolling analysis by Oxford University, until Thursday, the U.K. had the highest per capita daily death toll of any other country globally, around twice that of the United States.

Given this state, the British government extended the nationwide lockdown till July 17 and also decided to quarantine travelers from high-risk coronavirus countries for at least 10-days as it failed to curb the rising number of coronavirus variant infections. Meanwhile, Britain’s hospitals were also struggling under an ever-growing flow of patients. In the extended lockdown situation, the economic concerns raised rapidly and weighed on the Sterling that ultimately dragged the currency pair GBP/USD on the downside.

Furthermore, on Friday, a U.K. report was released that stated a realistic possibility that the new U.K. variant had a higher mortality rate than other variants. While the data was not decisive but UK PM Boris Johnson said that there was some evidence that the new variant may be connected with a higher degree of mortality. This news added concerns about economic recovery and weighed on the British Pound that added GBP/SD pair losses.

The GBP/USD pair continues trading with a bullish bias after violating the narrow trading range of 1.3680 – 1.3670. On the higher side, the GBP/USD may find resistance at 1.3736 level now, as the pair may form a triple top pattern here. At the same time, the support continues to hold around 1.3697 level. Bullish bias dominates.

The USD/JPY closed at 103.769 after placing a high of 103.884 and a low of 103.446. After falling for two consecutive sessions, the USD/JPY pair rose on Friday amid the broad-based U.S. dollar strength; however, the sentiment remained depressing as the pandemic raised concerns for the economic recovery. The U.S. Dollar Index that measures the value of the greenback against the basket of six currencies was up by 0.1% on Friday to 90.243 level and supported the U.S. dollar that ultimately added gains in the currency pair USD/JPY.

The U.S. dollar was also high onboard on Friday as the U.S. Treasury yields also rose on the day amid the idea of greater borrowing to fund the additional stimulus proposed by Joe Biden for %1.9 trillion as it could raise the inflation and change the Federal Reserve’s ultra-loose monetary stance. This supported the risk-on market sentiment that ultimately supported the USD/JPY pair as traders were prepared to buy riskier currencies on the idea of quicker than previously expected global economic recovery after the additional stimulus to the economy.

This prompted U.S. President Joe Biden to reinstate a ban on most non-US citizens entering the country from Brazil and the U.K., where more transmissible variants of the coronavirus have emerged recently months. According to public health officials, the U.S. also added South Africa to the restricted list as the concerning variant has already spread beyond South Africa. Arrivals from Ireland and 26 countries in Europe were also banned to protect the people of the U.S. as it has already faced the pandemic on an extreme level.

The Centers for Disease Control and Prevention said that these measures were taken to protect Americans and reduce the risks of these variants spreading and worsening the current pandemic that already affected about 25 million Americans. These developments raised the global economic recovery concerns and added in the risk-off market sentiment that ultimately capped further upside in the USD/JPY pair.

At 04:30 GMT, National Core CPI for the year from Japan came in as -1.0% against the projected -1.1% and supported Japanese Yen. At 05:30 GMT, the Flash Manufacturing PMI dropped to 49.7 against the forecasted 50.1 and weighed on the Japanese Yen, supporting the upward momentum in the USD/JPY pair on Friday.

On Monday, the safe-haven pair USD/JPY continues to trade sideways inside a broad trading range of 104.340 – 103.560. The USD/JPY has formed a sideways channel on the 4-hour timeframe, and it has the chance of leading the pair towards the next resistance level of 104.800 upon the breakout of 104.810. The 50 periods EMA supports the bullish trend, and we may have odds of taking a buying trade over the 103.570 level today. Good luck!