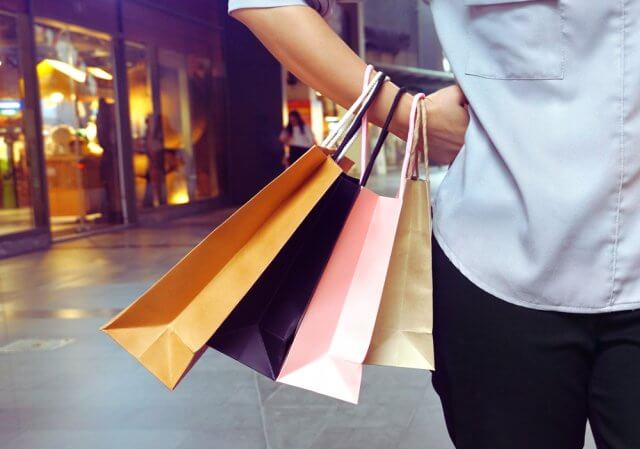 Investor’s eyes will stay on the Claimant Count Change and Unemployment Rate data from the U.K. as it’s likely to drive market movements during the European session. Later on, the C.B. Consumer Confidence from the U.S. will focus on the New York session today.

The EUR/USD closed at 1.21415 after placing a high of 1.21831 and a low of 1.21158. After rising for two consecutive sessions, the EUR/USD pair dropped on Monday as the common currency remained under pressure due to the slow pace of coronavirus vaccination roll out in Europe. The slow distribution of vaccines and the new manufacturing issues lagged the COVID-19 vaccination rollout in the old continent. After Pfizer told the E.U. that retooling in its Belgian plant would cause a delay, AstraZeneca made a similar announcement on Friday. The bloc has a substantial deal with the British pharmaceutical, and the European regulator was set to approve it on Friday.

Apart from the vaccine delays, the fears of new coronavirus variants were also of concern and could trigger another nationwide lockdown in France, the Eurozone’s second-largest economy. Berlin has also announced to extend its restrictions through mid-February. On the other hand, the safe-haven U.S. dollar was on the back foot across the board due to U.S. President Joe Biden pushing his $1.9 trillion relief program. Simultaneously, moderate Senators were pushing back against approving new expenditure only a month after they approved $900 billion of funds. However, Democrats were set to ram through the package via a reconciliation that would relieve them of the need to receive Republicans’ support.

Another option is to quickly approve the coronavirus-related funds and delaying the other aspects of the suggested package, such as a hike to the minimum wage. These options also kept the prospects of package delivery in the act and kept weighing on the U.S. dollar that ultimately capped further downside in the EUR/USD pair. On the data front, at 14:00 GMT, the German IFO Business Climate dropped to 90.1 against the forecasted 91.5 and weighed on Euro. At 19:00 GMT, the Belgian NBB Business Climate dropped to -7.5 against the expected -8.0 and supported Euro.

It seems like the German Business Climate went down because of the issues mentioned above, as the lockdown restrictions have badly disturbed the business community and weighed on the common currency that dragged the EUR/USD prices on the downside. Meanwhile, equity markets have posted healthy gains over the last few weeks on bets coronavirus vaccines will start to reduce infection rates worldwide and on a stronger U.S. economic recovery under President Joe Biden.

However, the vaccine rollout has been uneven, with relatively rapid progress in the U.K. but a much slower rollout in France. AstraZeneca warned of further delays to deliveries of its vaccines in Europe on Friday due to production blockage at one of its manufacturing partners. Over the weekend, Italy threatened legal action against both Astra and Pfizer over delivery delays. On Sunday, France has announced to impose a third lockdown that was already under a national 12-hour curfew. All these developments turned the European futures red and weighed on risk sentiment that ultimately dragged the EUR/USD pair on the downside.

On Monday, ECB President Christine Lagarde said that Climate Change could create short-term volatility in output and inflation through extreme weather events and, if left unaddressed, can have long-lasting effects on growth and inflation. ECB announced on Monday that it was creating a team of around 10 ECB employees, reporting directly to Lagarde to set the central bank’s agenda on climate-related topics.

On Monday, the ECB Chief Economist Philip Lane said that the European Central bank primarily focused on bank credit conditions ad bond yields when assessing if financing conditions were favorable. He added that naturally, the focus on credit conditions in the banking system on one side and the bond market on the other side was consistent with the main methods used by central banks in steering financial conditions. On Tuesday, the Federal Reserve will meet for its first monetary policy meeting, and the decision of the meeting will be handed down on the next day. EUR/USD pair traders will keep an eye on Fed’s decision for future impetus.

The GBP/USD closed at 1.36757 after placing a high of 1.37232 and a low of 1.36485. The GBP/USD pair struggled to advance on Monday amid the concerns over the coronavirus pandemic that worsened and raised the safe-haven appeal. The US Centers for Disease Control and Prevention reviewed data that suggested the U.K. coronavirus variant actually may be deadlier than other variants. A British report found that the variant was associated with a higher death rate than other variants. But the United Kingdom’s chief scientist Patrick Vallance has stressed to reporters that the evidence was not yet strong.

Previous research has shown that the variant was more contagious than the previous form of coronavirus. But scientists did not believe it was more deadly as it began spreading in the U.K. last fall. Several separate analysis from British researchers found that the patients infected with the variant have a higher risk of severe disease and death. However, U.K. scientists insisted that these researches have several limitations and that more research was needed to confirm these findings.

These reports raised concerns for economic recovery as the threats of new variants could mean new and stricter restrictions throughout the globe. That raised the risk-off market sentiment that ultimately weighed on the risk perceived GBP/USD pair on Monday.

The British Pound advanced last week against its major rival currencies due to a combination of higher market sentiment and hopes for Britain ramping up its coronavirus vaccination scheme. However, the coronavirus pandemic continued to weigh heavily on the British Pound outlook due to the new variant and its association with the mortality rate. As a result, the U.K. government indicated that the current lockdown could last for quite some time as infection rates remain high in the country. These coronavirus fears continued weighing on the British Pound on Monday and dragged the GBP/USD pair on the downside in the absence of any macroeconomic data from both sides.

On the U.S. side, the safe-haven U.S. dollar was strong on Monday as investors were hesitant to sell it as global coronavirus pandemic fears boosted the appetite for safer assets. The greenback’s strength also weighed on GBP/USD pair and extended its losses on the day. However, the GBP/USD pair’s losses started to reverse in the late session on Monday, and the currency pair ended its day with zero loss or gained as it was closed at the same level it began its day with. The reversal in GBP/USD pair in late trading hours came in due to some good news from the U.K. side.

The U.K. saw a sustained weakness in the infections and the death toll on Monday as the country reported the lowest cases since mid-December on that day. The British Health Secretary Matt Hancock praised the latest measures to flash early positive signs while conveying heavy vaccination and lockdown success. However, the overall sentiment remained depressing as the delayed U.S. coronavirus aid package and AstraZeneca and Pfizer vaccine delivery raised fears for global economic recovery.

The GBP/USD pair continues trading with a bullish bias after violating the narrow trading range of 1.3680 – 1.3670. On the upper side, the GBP/USD may face resistance at 1.3736 level now, as the pair may form a triple top pattern here. At the same time, the support continues to hold around 1.3697 level. On the 2 hour timeframe, the GBP/USD has formed a symmetric triangle pattern, which is likely to provide resistance at 1.3701 along with support at 1.3613 level. Today, we can expect a choppy session in the Cable pair.

The USD/JPY closed at 103.756 after placing a high of 103.934 and a low of 103.670. USD/JPY pair extended its gains on Monday however remained depressive due to the risk-off market sentiment.

The demand for the greenback of risk-aversion pushed the USD/JPY pair to a daily high near 104 level. However, the U.S. treasury yields came under pressure with the yield on benchmark 10-year note down to 1.03% weighed by the news that U.S. President Biden’s stimulus plan faces opposition from Republican and Democrat lawmakers.

The $1.9 trillion stimulus package proposed by Biden is expected to get pass by the House of Representatives that is led by Democrats backing Biden. Still, the bill could face rejection at Senate as many senators were reluctant to pass another massive amount for spending just after a month of releasing $900 billion. However, Democrats were set to push through the package via a settlement that would relieve them of the need to receive Republicans’ support. Another option is to rapidly support the coronavirus-related funds and postpone the other suggested package features, such as a hike to the minimum wage.

Furthermore, the Federal Reserve monthly rate decision followed by Fed Chair Jerome Powell’s news conference is set to deliver later this week. Rates are projected to remain flat at a near-zero level that has stood there for almost a year now due to the coronavirus pandemic crisis. However, Powell’s words will be inspected for even the smallest signal of when recovery is likely expected, and as well as a narrowing of stimulus measures.

Over the past fortnight, Powell has claimed that tapering of stimulus measures will not happen anytime soon. Still, bond traders have completely ignored him and continued pushing yields higher in the hope of proving the Fed chief wrong that ultimately supported the U.S. dollar and raised the USD/JPY pair on Monday.

The safe-haven pair USD/JPY continues to trade sideways inside a broad trading range of 104.340 – 103.560. The USD/JPY has formed a sideways channel on the 4-hour timeframe, and it has the chance of leading the pair towards the next resistance level of 104.800 upon the breakout of 104.810. The 50 periods EMA supports the bullish trend, and we may have odds of taking a buying trade over the 103.570 level today. Good luck!