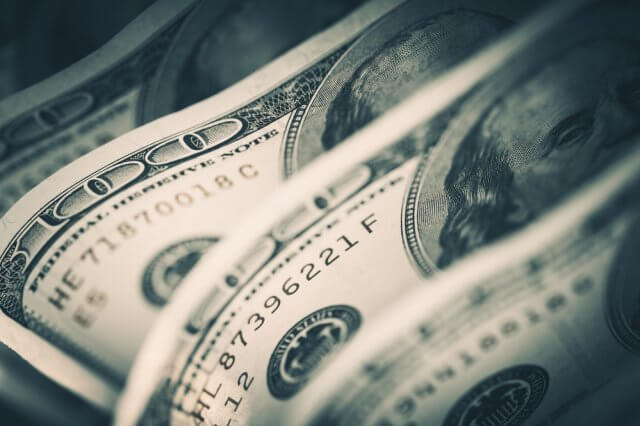 On the news side, the European Sentix Investor Confidence will be in focus, along with speeches from UK MPC Member Tenreyro, and the U.S. FOMC Member Bostic will remain in highlights. The U.S. dollar was also strong on the board, mainly because of the rising U.S. treasury yields that rose more than 3% on the day. The unemployment rate and average hourly earnings data from the U.S. support the greenback.

The EUR/USD pair was closed at 1.22122 after placing a high of 1.22844 and a low of 1.21928. The EUR/USD pair dropped on Friday and extended its losses amid the broad-based strength of the U.S. dollar on the day amid the rising U.S. Treasury yields.

The U.S. dollar was also strong on the board, mainly because of the rising U.S. treasury yields that rose more than 3% on the day. The unemployment rate and Average Hourly earnings data from the U.S. also supported the greenback that ultimately added further losses in the currency pair EUR/USD. From the U.S. side, at 18:30 GMT, the Average Hourly Earnings for December rose to 0.8% against the forecasted 0.2% and supported the U.S. dollar and weighed on EUR/USD prices. In December, the Non-Farm Employment Change fell to -140K against the forecasted 60K and weighed on the U.S. dollar and capped further losses in EUR/USD pair.

Meanwhile, the fact that Democratic leader and incoming President Joe Biden will have complete control over all three legislative houses included the White House, the House of Representatives, and the Senate, also supported the U.S. dollar as it suggested a stable government ahead. The U.S. President Donald Trump also agreed to an orderly transition of power that also lifted the lingering political risk from the local currency and gave further strength to the U.S. dollar that ultimately added further pressure on the EUR/USD pair on Friday.

The strength in the U.S. dollar also dragged the EUR/USD pair lower to the 1.2175 level. For the moment, the EUR/USD is gaining support at the 1.2175 level, and below this, it can dip further until the 1.2130 level. On the higher side, the pair may face resistance at the 1.2216 level. The RSI and MACD support bullish correction, and these may cause a bounce off in the EUR/USD pair until the 1.2216 level. Below 1.2216, we can again see a dip in EUR/USD.

The GBP/USD pair was closed at 1.35606 after placing a high of 1.36356 and a low of 1.35382. The currency pair GBP/USD remained flat throughout Friday as it showed no movement and closed the day at the same level it started its day with. The pair GBP/USD raised during the early trading session on the day but faced some heavy pressure during the second half of the day and closed the trading week at the same level it started its day on Friday. The rise in the early trading session was caused after the U.K. announced the approval to use its third coronavirus vaccine. However, the downward pressure on the currency pair was caused by the relative strength of the U.S. dollar amid the rising U.S. Treasury yields on the day.

After the coronavirus press conference of the British Prime Minister Boris Johnson on Friday, the PM announced that the army would be brought in to help aid the vaccination rollout. On Friday, Britain’s medical regulatory approved Moderna’s coronavirus vaccine for emergency use. The U.K. also agreed to purchase an additional 10 million doses; however, the Moderna vaccine will not play a part in the first stage of Britain’s vaccine rollout.

The Health Minister of Britain, Matt Hancock, said that about 1.5 million people have already been vaccinated across the U.K. and Moderna’ ‘s vaccine will allow them to accelerate their vaccination program even further once doses become available in spring. These comments from the U.K. added optimism and supported the GBP/USD pair to rise in the early trading session on Friday.

However, the gains in GBP/USD currency pair could not live for long as the pair faced heavy pressure from the U.S. dollar’s strength and the rising number of coronavirus cases and deaths across the U.K. despite vaccine rollout. The U.S. Dollar was strong across the board after the U.S. Treasury yields rose on Friday to more than 3% amid the full sweep victory of Democrats over the Senate. The incoming President Joe Biden is expected to have full control over the White House, Senate, and House of Representatives added in the local currency as the incoming government will have more stability in rules.

In the capital, London’s mayor declared a major incident on Friday and issued a warning that hospitals in the city were close to being overrun. London’s situation was critical with the spread of the virus out of control as the city was declared to be at a crisis point. These developments in the U.K. also added pressure on British Pound and dragged the pair lower on Friday.

The GBP/USD has violated the sideways trading range of 1.3625 – 1.3530 level, and closing of candles below this area can trigger selling until the next support level of 1.3452 level. On the higher side, the resistance continues to stay at the 1.3530 mark. On the hourly timeframe, the GBP/USD pair has violated the descending triangle pattern at the 1.3547 level, and now this level is likely to provide selling in the pair. Violation of the triangle pattern can extend selling bias today.

The U.S. dollar’s strength added further gains in the USD/PY pair and extended its upward momentum on Friday to its highest since December 15. The U.S. Dollar Index was also high beyond the 90.00 level for the first time in the week and supported the USD/JPY pair’s rise. Meanwhile, another factor involved in the rising demand for the U.S. dollar was Donald Trump’s comments, who agreed on a smooth transition of power. The political risk related to transition power that rose after Thursday’s attack was lifted and supported the local currency on Friday that eventually helped the USD/JPY pair to rise further n board. It means that the incoming President Joe Biden will have control over all three legislative bodies, the White House, the House of Representatives, and the U.S. Senate, to give his Democratic Party stability in rules.

Despite all these positive sentiments, the incoming president promised to deliver two massive stimulus packages in 2021, and his first order is expected to increase the direct payment checks to $2000 kept the local currency USD under pressure and capped further upside in the USD/JPY pair.

On the data front, at 04:30 GMT, the Household Spending from Japan in November raised to 1.1% against the expected -1.0% and supported the Japanese Yen that capped further upside in the USD/JPY pair. At 10:00 GMT, the Leading Indicators from Japan remained flat at 96.6%.

The USD/JPY is trading at 104.123 level, facing immediate resistance at 104.223. On the 4 hour timeframe, the USD/JPY pair suggests bullish bias, and as the 10 and 20 periods, EMA is in support of buying trend while the MACD holds above 0, supporting bullish bias in the USD/JPY pair. A bullish breakout of the 104.223 level can extend the buying trend until the 104.610 level today. Let’s consider taking the buying trade over the 104.223 level and selling below the same. Good luck!