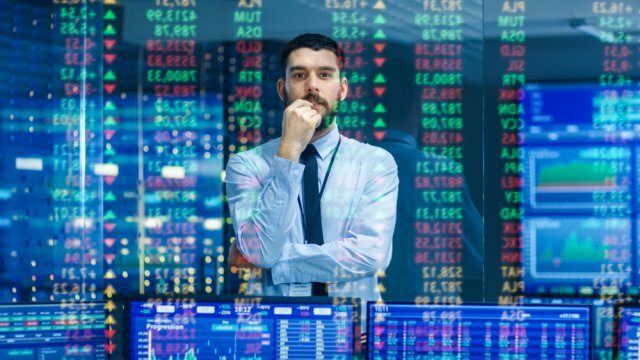 On the news front, the market isn’t offering any high impact on market-moving fundamentals. Therefore, we have to focus on the market’s technical side to drive further movements in the market.

The EUR/USD pair closed at 1.18409 after placing a high of 1.18503 and a low of 1.17815. Overall the movement of the EUR/USD pair remained bullish throughout the day. The EUR/USD pair on Friday remained in a tight range in European trading hours after the release of GDP figure from the Eurozone, and in American trading session, it started to post gains and ended its day on a positive note.

The GDP data confirmed the fears and dropped by 12.1% showed the biggest contraction since the quarterly GDP calculation began in 1970 for Germany. It was even more pronounced than during the financial market and economic crisis. The macroeconomic data from Europe weighed on EUR and dragged the pair EUR/USD with itself.

The U.S. Dollar held steady against its rival currency as positive risk sentiment continues to weigh on the safe-haven greenback. The Core Retail Sales in July increased to 1.9% from the forecasted 1.3% and supported the U.S. dollar. At the same time, the Retail Sales data declined to 1.2% against the expected 2.0% and weighed on the U.S. dollar.

In August, the Prelim UoM Consumer Sentiment increased to 72.8 against the forecasted 72.0 and supported the U.S. dollar. The data failed to provide any significant trend to the pair, however as the consumer sentiment improved, the U.S. dollar started to pick up its pace against its rival currencies.

Meanwhile, the delay in the release of the next U.S. Stimulus aid package was getting longer day by day. It raised concerns as President Donald Trump accused that U.S. Congressional Democrats had refused to negotiate on the next bill. The pair was also higher on Friday as the risk sentiment improved ahead of the US-China trade deal review meeting scheduled for August 15.

Furthermore, the U.S. Dollar was higher on the ground as the 10-year U.S. Treasury rose continuously from past days. At the same time, the Euro was under pressure because of the massive selling bias in Turkish lira from recent weeks. The Euro underperformed during the lira crisis in 2018, and downside risks suggest that Euro might face sell-off if history was repeated.

The upcoming week will bring the minutes from both the U.S. Federal Reserve and the European Central Bank. Meanwhile, the pair will continue to follow the global risk sentiment; any progress in trade-deal will be beneficial for EUR/USD pair; however, if any tension arises and the US-China issue continues to escalate, the greenback could rise against its counterpart as a safe-haven asset.

The EUR/USD is facing resistance at 1.1865 level, which is extended by a double top level. Below this, the EUR/USD can extend selling bias until 1.1820 and 1.1782 level. However, the bullish breakout of the 1.1865 level can continue selling until 1.1908. On the hourly timeframe, the EUR/USD has formed an ascending triangle pattern, which may extend resistance at 1.1866 level. The closing of candles beneath this level is expected to drive selling bias until the 1.1819 level. Let’s keep an eye on 1.1866 level to stay bullish above and bearish below this level today.

The GBP/USD closed at 1.30824 after placing a high of 1.31426 and a low of 1.30452. Overall the movement of GBP/USD pair remained bullish throughout the day. The GBP/USD pair struggled to hold gains as both the U.S. dollar and Sterling has gloomy outlook. Both the U.S. & U.K. economies have suffered from the coronavirus pandemic, and the outlook of GBP/USD pair suggests that it was dominated by the pandemic induced gloomy economic condition.

We can say that the GBP/USD pair has managed to sustain the impressive July gains; however, further gains seem unlikely. As the negotiations between the U.K. and Japan came to a halt this week. This came in after U.K. pretended to have better trade conditions than those it had as part of the E.U. Another factor weighed on U.K. currency this week was the biggest contraction in the U.K.’s economy in the second quarter by 20.4%.

The contraction was derived as a terrible consequence of the coronavirus induced lockdown measures. The U.K. government is still struggling with the reopening schedule, and PM Boris Johnson has pledged to open schools from next month.

As worries of the second loop of coronavirus worsened across the globe, the concerns raised over the question of how the government would react. There are speculations that if Britain’s coronavirus situation does not improve, the whole nation could see continuous lockdown.

On Brexit front, although both countries E.U. and the U.K. remain far apart on several crucial issues, Britain’s chief negotiator David Frost said on Thursday that a Brexit deal could be reached in September.

The next round of the talks between both countries will take place on August 18, and comments from both sides suggested that they remain committed to reaching a deal. This has been supportive of Sterling, and hence GBP/USD raised.

Meanwhile, on the data front, there was no data to be released from Great Britain, and as for the U.S., the Retail Sales dropped to 1.2% from the expected 2.0% in July and weighed on the U.S. dollar.

The GBP/USD is trading at 1.3106 level, holding above the 50 periods EMA support level 1.3080. The bearish breakout of the 1.3080 support level can extend selling unto 1.3019 level. The upward channel also supports the GBPUSD at 1.3080, which provides resistance at 1.3134 level. The GBP/USD should confer a bearish crossover of 1.3082 level confirm a strong selling bias in the Cable until then; we should wait and watch. On the higher side, Sterling may find resistance at 1.3175 and 1.3224. Let’s consider selling below 1.3080 and buying over the same with minor stop loss.

The USD/JPY pair was closed at 106.573 after placing a high of 107.036 and a low of 106.433. Overall the movement of the USD/JPY pair remained bearish throughout the day. The U.S. Congress has failed to boost the economy and health care system, and it caused the U.S. President Donald Trump on Friday to stress for a coronavirus aid package. Trump pushed for state and local government aid and assistance regarding rental payments, more direct payments, and small business loans.

On the US-China front, both countries have delayed a review of their phase-1 trade deal that was initially scheduled for August 15. U.S. granted this time to China to increase the purchases of U.S. exports. The meeting was scheduled to take place on Saturday at the six-month anniversary of the phase one trade deal. The deal took its effect from February 15 as the global spread of coronavirus pandemic started.

On Friday, US President Donald Trump told us that the trade deal was intact and doing very well, but he did not mention anything about the delay in the review meeting. According to some sources familiar with the plans, the U.S. wanted to give more time to China to increase the purchases of the U.S. farm products that were part of the agreed deal. America’s favor given to China was provided to increase the review’s political optics as the U.S. Presidential elections were near.

On the negative side, there was news that Trump has said in a news conference that he was looking at banning other China-owned companies like Alibaba. This raised the fears of renewed conflicts and weighed on the market sentiment that dragged the USD/JPY pair on the downside.

Meanwhile, the Chinese Vice Foreign Minister Zheng Zeguang said that the relationship between the U.S. and China was at a critical juncture, and efforts should be made from both sides to maintain and stabilize the bilateral ties between both nations.

On the data front, at 09:30 GMT, the Tertiary Industry Activity in June from Japan rose to 7.9% from the forecasted 6.4% and supported the Japanese Yen that contributed to USD/JPY pair’s losses of the day.

After the release of U.S. economic data on Friday, the U.S. Dollar Index that rose to 93.40 earlier in the day, lost its traction and fell by 0.15% to 93.10 level. This weighed on USD/JPY pair, and the pair started to post losses on the day.

The USD/JPY consolidates in a sideways range, holding over resistance to become a support level of 106.428 level. Over this level, the USD/JPY is opening further room for buying until 107.450 level, but below this, the USD/JPY pair can trigger sharp selling until 105.752. The RSI and MACD are also supporting bearish bias in the pair. The current market price (CMP) of USDJPY is holding above 50 EMA, which extends support at 106.484 and may push the pair higher. Let’s consider buying above 106.480 level and selling below the same today. Good luck!