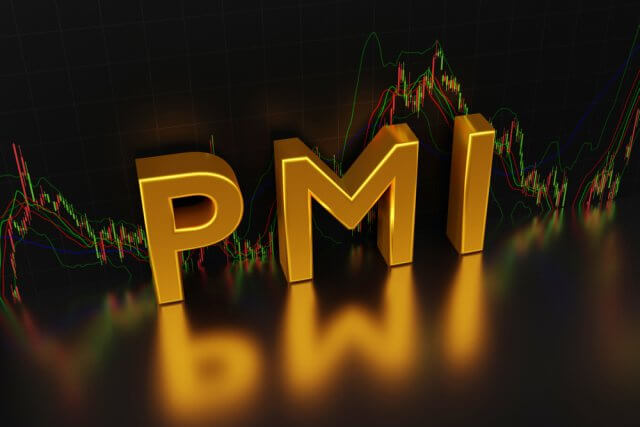 On the news front, eyes will remain on the Manufacturing PMI and Services PMI figures from the Eurozone, U.K., and the United States. Almost all of the economic figures are expected to perform poorly than in previous months. Price action will depend upon any surprise changes in the PMI figures.

UR/USD pair was closed at 1.21671 after placing a high of 1.21728 and a low of 1.21022. Despite the rising fears of the Eurozone falling into recession due to the damage caused by pandemic across the bloc, as warned by the European Central Bank President Christin Lagarde, the Euro rose against the U.S. dollar to a one-week high.

On Thursday, the European Central Bank President Christine Lagarde said that the coronavirus pandemic was still posing serious risks to the eurozone economy as lockdowns were tightened across the region. She added that the start of vaccination campaigns across the euro area was an important milestone in resolving the ongoing health crisis. Nonetheless, the pandemic continued to pose serious risks to public health and the euro area and the global economies.

In many of the European nations, the New Year began with stricter social restrictions and national lockdowns. This week, Germany extended a national lockdown until February 14, and the Netherlands announced that there would be a curfew starting from next week. France also chose to intensify its curfew hours earlier this month, while Portugal decided to close schools from Friday.

According to the European Centre for Disease Prevention and Control, Europe has reported more than 16 million coronavirus infections, with more than 400,000 deaths so far. Lagarde said that it was ready to update its policies whenever necessary amid the economic uncertainty. She added that ECB’s main policy target was to achieve an inflation rate close to 2%.

Meanwhile, at its policy meeting on Thursday, ECB kept its interest rates and its huge stimulus program unchanged. The main refinancing operations remained flat at 0.00%, the marginal lending facility at 0.25%, and the deposit facility at -0.50%. The Governing Council has also decided to continue the purchases under the pandemic emergency purchase program (PEPP) with a total of 1850 billion euros until at least the end of March 2022.

In December, the bank estimated a GDP rate of 3.9% for 2021 and 2.1% for 2022. However, according to ECB, there were doubts over how the euro area will cope this year after a 7.3% GDP drop last year. ECB also signaled it might not need the full extent of its emergency purchase program to support the recovery. However, chances for an increase in the program were also mentioned to ensure the euro area economy remains well-financed. These comments from Lagarde failed to reverse the upward momentum of the EUR/USD pair on Thursday.

On the data front, at 19:30 GMT, the Consumer Confidence from Europe for January dropped to -16 against the expected -15 and weighed on Euro that capped further upside in EUR/USD pair. From the U.S. side, at 18:30 GMT, the Philly Fed Manufacturing Index for January rose to 26.5 against the forecasted 11.2 and supported the U.S. dollar that limited the upward momentum in EUR/USD pair. The Unemployment Claims from last week were decreased to 900K from the forecasted 930K and supported U.S. dollar.

Despite strong macroeconomic data from the U.S., the greenback remained on the back foot on Thursday. It declined almost 0.2% against its rival currencies amid the rising hopes for a further stimulus package under Joe Biden’s administration. This weakness of the U.S. dollar also supported the EUR/USD pair’s rising prices on Thursday.

Furthermore, the U.S. recorded the death toll from coronavirus above 400,000, and it was expecting about 500,000 deaths from the pandemic by mid-February. This alarming situation prompted Joe Biden to sign orders to intensify the vaccination program that ultimately added to the market’s risk sentiment and supported the risk perceived EUR/USD pair on Thursday.

The EUR/USD is trading with a bullish bias at 1.2128 level. The EUR/USD is holding right below 50 periods EMA on the hourly timeframe, extending the EUR/USD pair’s resistance. On the lower side, the support level continues to hold around 1.2120 and 1.2062 level. The MACD and RSI are suggesting a mixed bias for the EUR/USD pair. Buying can be seen over 1.2115.

The GBP/USD pair was closed at 1.37332 after placing a high of 1.37456 and a low of 1.36469. GBP/USD pair rose to its highest since May 2018 on Thursday amid broad-based U.S. dollar weakness and a rising appetite for risk. The GBP/USD pair rose for 3rd consecutive session on Thursday as the global appetite for risk was raised, with Joe Biden sworn in as 46th President of the United States. Another reason behind the rising GBP/USD prices was the weaker U.S. dollar driven by the rising hopes for a massive stimulus package under Biden’s administration.

The new President is expected to announce a $1.9 trillion stimulus package to help the American economy survive through the ongoing coronavirus pandemic that has cost more than 400,000 American lives. Markets were confident that the stimulus package would boost the global economic situation and, in turn, will also push the risk-sensitive Pound higher.

Moreover, the British Pound was already strong onboard due to Bank of England’s governor Andrew Bailey who expected a pronounced recovery in Britain’s economy as vaccination against coronavirus is underway. On Thursday, the Bank of England released the credit conditions survey that indicated an increase in the mortgage payment default rates at the beginning of 2021 as the pandemic’s economic impact hit the households. This weighed a little over British Pound and capped further upside in GBP/USD pair on Thursday.

The USD/JPY pair was closed at 103.489 after placing a high of 103.666 and a low of 103.325. The currency pair USD/JPY remained under consolidation and posted small losses as the U.S. dollar remained weak throughout the day. The main driver of currency pair USD/JPY on Thursday remained the rising hopes for massive stimulus from the new President of the U.S. and the latest growth outlook from the Bank of Japan.

The Bank of Japan kept its monetary policy steady on Thursday, upgraded its economic forecast for the next fiscal year, and warned of escalating risks to the outlook as new coronavirus emergency measures threatened to disrupt a fragile recovery.

Bank of Japan maintained its targets under yield curve control at -0.1% for short-term interest rates and around 0% for 10-year bond yields. The Governor of BOJ Haruhiko Kuroda said that the board had discussed the bank’s review of its policy tools due in March, though he also dropped a few hints on the outcome.

In the fresh quarterly projections, the Bank of Japan upgraded next fiscal year’s growth forecast to a 3.9% expansion from a 3.6% gain seen three months ago based on hopes the government’s huge spending package will soften the blow from the pandemic. This projection raised the Japanese Yen that ultimately weighed on the USD/JPY pair on Thursday.

However, BOJ offered a depressing view on consumption and warned that services spending would remain under strong downward pressure due to the fresh state of emergency measures taken this month. Kuroda said that the risk of Japan sliding back into deflation was not high and signaled the BOJ had offered sufficient stimulus, for now, to ease the blow from COVID-19.

From Japan, at 04:50 GMT, the Trade Balance from December dropped to 0.48T against the expected 0.70T and weighed on the Japanese Yen that limited the downfall in the USD/JPY pair on Thursday. Despite the stronger than expected macroeconomic data from the U.S., the greenback fell by 0.2% against the basket of six currencies and weighed on the USD/JPY pair as the hopes for a massive stimulus package from Democratic President Joe Biden increased.

Joe Biden is expected to announce a $1.9 trillion coronavirus relief package that will ultimately weigh on the local currency. Furthermore, the rising death cases from coronavirus in the U.S. also weighed on the U.S. dollar as the death toll surpassed 400,000 and raised fears. The weakness of the U.S. dollar dragged the USD/JPY prices on the downside on Thursday.

On Friday, the USD/JPY continues to trade sideways inside a wide trading range of 104.340 – 103.560. The USD/JPY has formed a sideways channel on the 4-hour timeframe, and it has the chance of leading the pair towards the next resistance level of 104.800 upon the breakout of 104.810. The 50 periods EMA supports the bullish trend, and we may have odds of taking a buying trade over the 103.570 level today. Good luck!