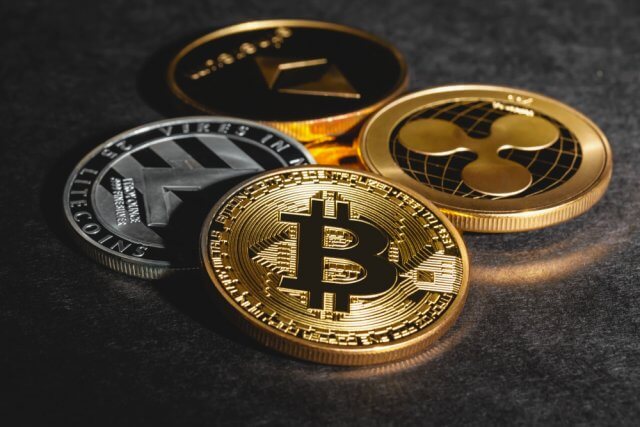 The cryptocurrency market has been trying to establish its position after the pullback that happened on Wednesday and Thursday. Bitcoin is currently trading for $10,260, which represents a decrease of 1.34% on the day. Meanwhile, Ethereum recovered from its big drop and gained 7.3% on the day, while XRP gained 2.67%. 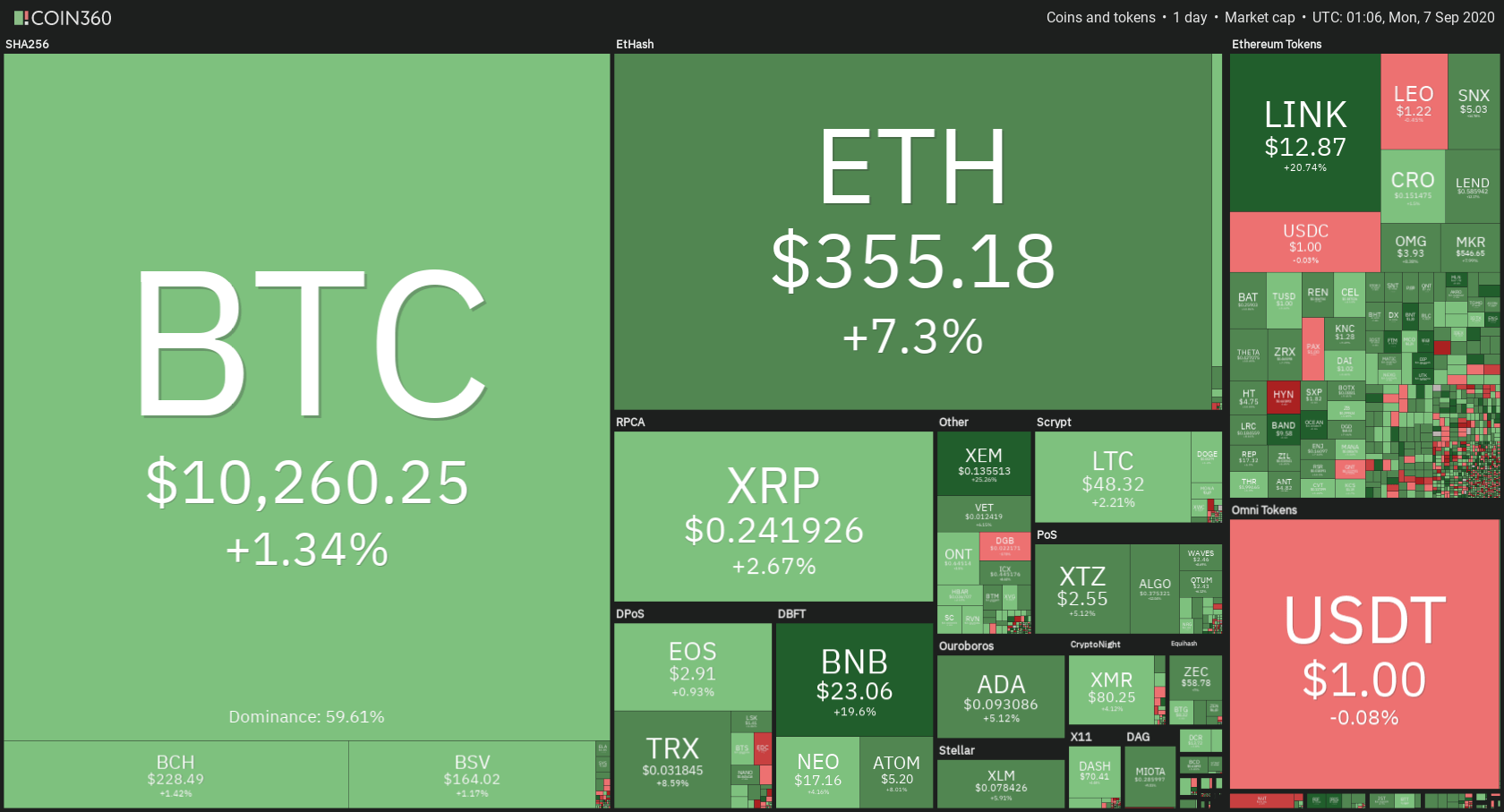 When taking a look at the top100 cryptocurrencies, SushiSwap gained 79.68% on the day, making it the most prominent daily gainer. UMA (31.22%) and Flexacoin (26.59%) also did great. On the other hand, the HedgeTrade lost 20.50%, making it the most prominent daily loser. It is followed by Hyperion’s loss of 15.70%. The rest of the market was either in the green or lost sub-1% of its value. 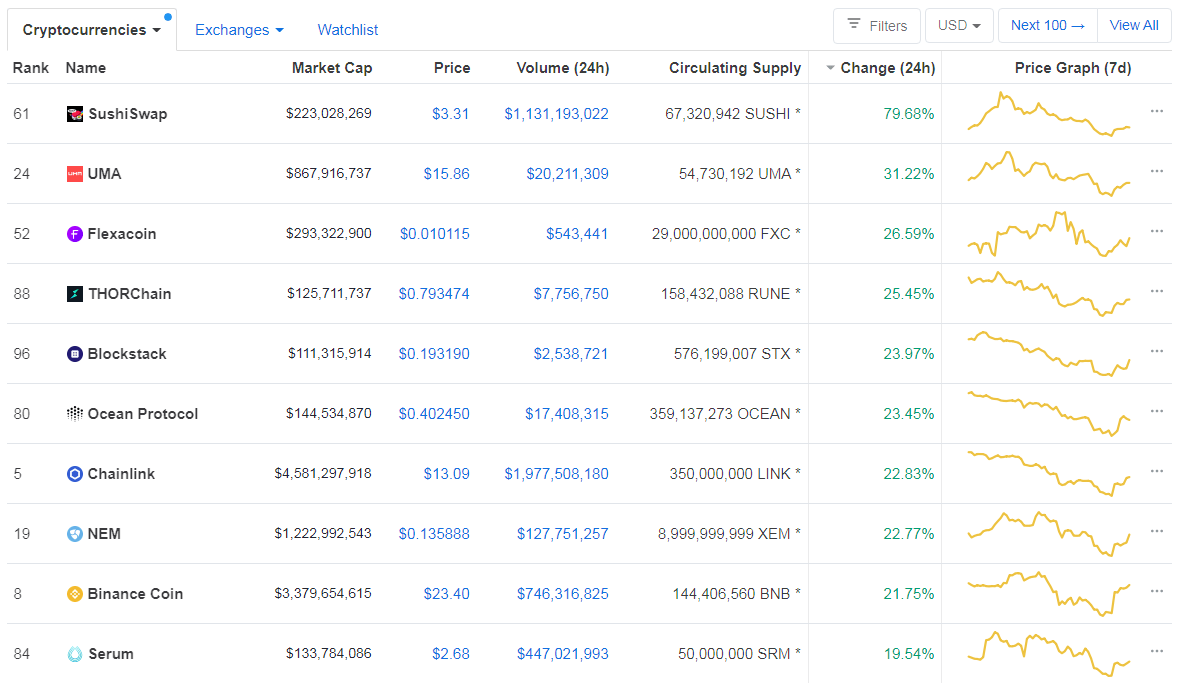 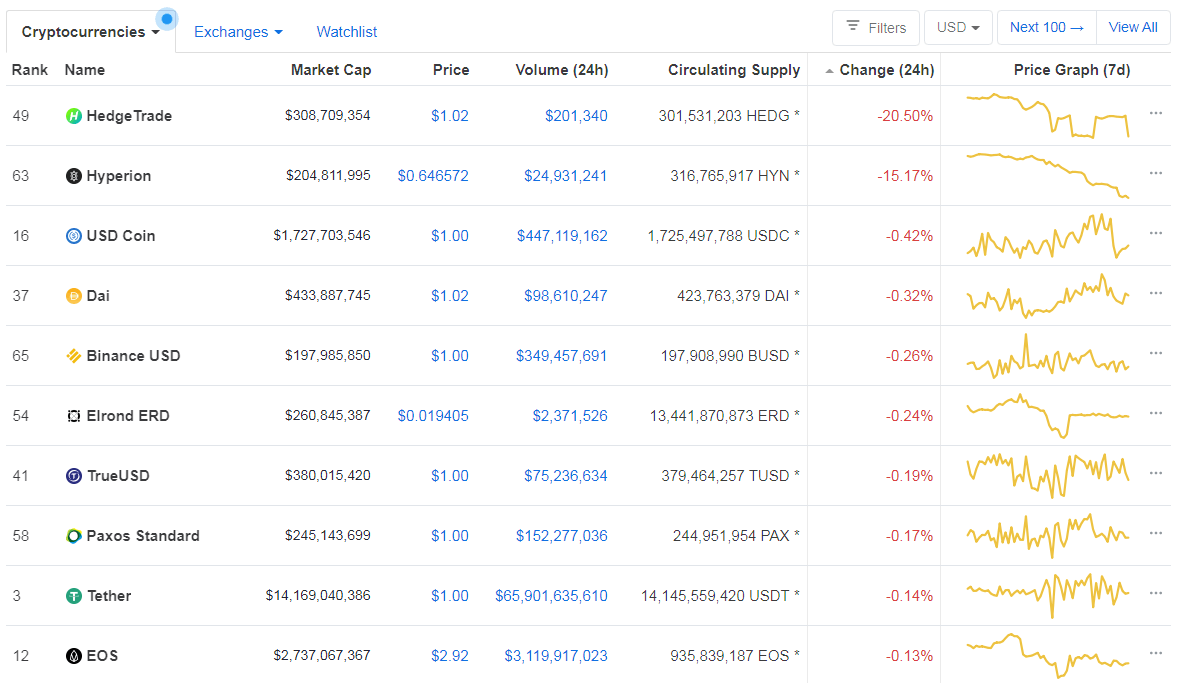 Bitcoin’s dominance level has gone up slightly, with its value is currently at 59.61%, which represents a 0.32% difference to the upside when compared to when we last reported. 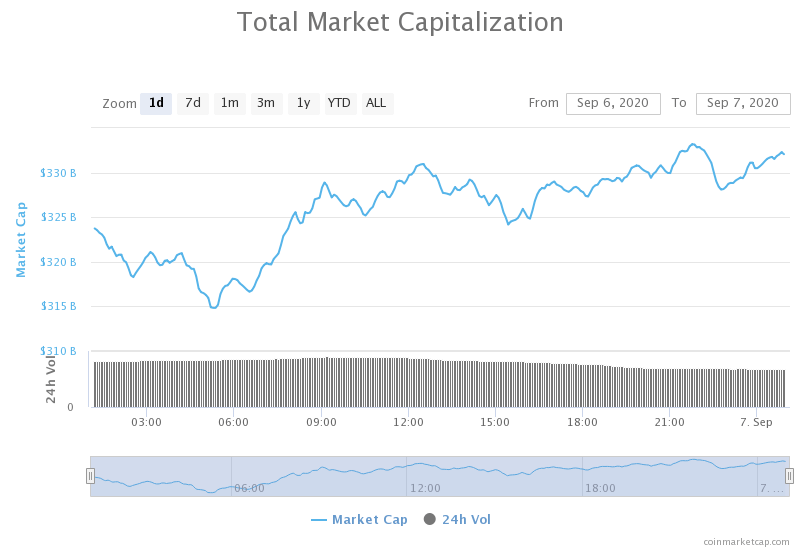 The crypto sector capitalization has gone down slightly in the past 24 hours. Its current value is $331.58 billion, which represents a decrease of $3.07 billion when compared to our previous report.

After failing to break the $12,000 mark, BTC bears have taken over the market, causing the price to plummet, reaching as low as $10,000. The largest cryptocurrency by market cap took the weekend to consolidate and establish its presence above $10,000. However, the $10,360 resistance level proves its strength once again, making Bitcoin’s rebound towards the upside that much harder.

Traders should pay close attention to Bitcoin’s price movement around the $10,360 level, as the next move will determine its short-term future.

Ethereum had a similar weekend as Bitcoin, as its price consolidated and tried to establish itself above the most recent low of $310. While its price did get stuck at the $360 resistance level, it increased in value much more than Bitcoin, most likely due to the growing popularity of DeFi.

With all being said, Ethereum’s short-term future will be decided by the popularity of DeFi and the problems it will encounter with extremely high Gas fees.

Traders should pay attention to how ETH handles the $360 level.

While XRP suffered the same fate as Bitcoin and Ethereum in terms of price movement, the third-largest cryptocurrency by market cap did have slight differences in the move towards the downside. XRP had several bull comebacks that tried to push the price back up, but failed due to the overall bearishness of the market.

XRP is now consolidating between the $0.235 and $0.2454, with low volume and no signs of future movement (unless the technicals change drastically).

XRP traders should watch out for any form of break of the immediate support/resistance levels.