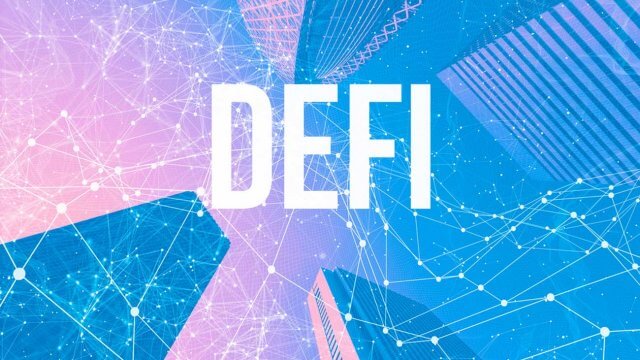 Decentralized finance is crucial because not everyone around the world can access financial services. They are not available to up to 1.7 billion people in the world. Financial institutions are also unable to set the essential infrastructure that would make people access more money. The current infrastructure is massive, but it is inadequate, and cannot reach everyone out there.

With decentralization, the current failures on infrastructure are as good as over. It eliminates the failure spot and ensures that it is possible to store and share records among different joints across the network. There is a lot of dependency on the centralized system for the current infrastructure to function.

Comparison of the traditional and decentralized finance

The main difference between the traditional and the decentralized finance is the mode of work.

There is also an increase in cybercrime due to lack of upgrades in the technologies used by financial institutions. There is a risk of hacking for most transactions. They all lead to data and fiscal risks.

On the other hand, decentralized finance ensures there is a solution to a certain extent. Due to the utilization of public blockchain, there is no reliance on a centralized system.

A decentralized system can function without requiring proper infrastructure. In simple terms, it decentralizes the economy and provides the viability of the economic activity to everyone in the world.

Another crucial feature of decentralized finance is the dApps short for decentralized apps. Through them, financial institutions can develop functional apps on the public blockchain. They also allow anyone to work together with them with less cost per interaction.

What DeFi brings to the table

Public blockchain won’t require permission from anyone else to access and interact. It is thus a top choice for implementation in the world.

Since there is no central authority, data storage occurs amongst the different joints in a network.

There is transparency in the public blockchain.

However, the decentralized system’s growth and proponents face several challenges that would entirely affect its adoption.

There was a scenario in 2016 when a hack resulted in the loss of 3.6m ETH. The value was approximately 70 million USD. The hack was around 10 percent of the total supply of ETH at that time.

The hacker could not access the funds for 28 days. During that period, the Ethereum group managed to reverse the transaction. However, there is a high likelihood that a similar solution may fail to work ever again.

The decentralized finance ecosystem depends on data providers known as oracles to distribute market data that resolves smart fiscal contracts. Oracles are also essential to Maker’s smart contracts in understanding the current price of ETH that determines whether there is adherence to the collateralization ratio.

Decentralized finance applications use price data as the most common type of data provider. Does the oracle respond to queries such as “What is the price of token Y?” What happens if there is a manipulation of the information that an oracle provides? An oracle error on 24th June 2019 led to inaccurate price data, causing an irregular performance on the Sythentix protocol. The malfunction allowed KRW holders to buy ETH at a discount.

Decentralized finance is essentially a movement based on Ethereum. Innovation and liquidity primarily focus on them. There is the launch of new projects all the time that aims to lure new users with better returns and more effective token assortment management.

Although there is little on the front-end, the Ethereum public blockchain carries out a lot of heavy lifting behind the scenes. There is dependence on the collaborative building network of the separate nodes.

Due to the challenges facing its scalability, Ethereum either fails or becomes too expensive to work together with dApps. On several occasions, there have been network congestion. The best solution to the scalability challenges would be a significant upgrade in the network. It is happening already, but it will take time for its benefits to materialize ultimately.

Maker is an Ethereum project that started operations in 2014.  In 2017, it came up with a stable coin DAI, which pegs softly to the US dollars. Anybody can use BAT, ETH, and USDC as the security to create DAI while maintaining a minimum ratio of 1 to 5 to 1 and 1 to 25 to 1 for the USDC.

Due to a lack of guarantees in volatile markets, lenders usually seek higher security for their loans. It reaches a point where most lenders and borrowers will only work when there is a significant amount of assets as collateral.

The situation undermines the vital function of borrowing and thus fails to satisfy one of the main ideas of decentralized finance: reaching those without access to the banks. Besides, it leads to a significant slash in the profits from leverage trading.

Composability is among the most marketed elements of decentralized systems. It relates to how they can flawlessly integrate, enabling rapid growth, service complexity, and even new financial products. However, composability creates essential dependencies between decentralized finance protocols that could develop into systemic risks.

8. Accessibility of the users’ tokens

In decentralized finance, tokens are under the management of smart contracts, which are non-living bits of programming codes. It is a non-custodial finance service that is contrary to the centralized system that uses humans. Custodial services call for heavy regulations. However, when the project is non-custodial, the team saves a lot of cash by dodging burdensome legislation.

Admin keys help the developers behind the decentralized finance project control the smart contracts that handle user funds. The weakness is a lack of transparency on who possesses the keys. There is a possibility that an individual could have access to all of them.

Although most people have internet connections, there is little public awareness of decentralized finance. Very few people know about it, which can affect its use rate. Besides, the fact that it is still in its infant stage means there are relatively high risks.

There is a dire need to solve most of its challenges to increase its viability to different administrations and organizations. Decentralized finance focuses on creating financial services that are distinct from the traditional fiscal and political systems. It has the potential to prevent instances of censorship, discrimination across the world and allow for a more transparent financial system.