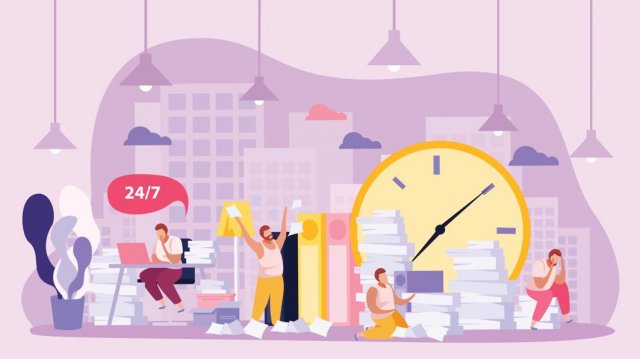 Full-Time Employment statistical figures are a good measure for long term economic growth. Understanding the difference between part-time and  Full-Time employment and its economic impact can help us better understand the long-term trends in economic growth.

What is a Full-Time Employment?

It is the state of having paid work. A person is considered employed if they do any work for pay or profit. People who are eligible for employment are between the age of 15 and 64 and are called the working-age population.

As such, there is no fixed law defining and differentiating full and part-time employment. Conventionally 40 hours a week has been considered as Full-Time employment, but lately, deviations from this have been observed.

How can the Full-Time Employment numbers be used for analysis?

Healthcare plans: When an employee spends most of his life working for an organization, it is the company’s responsibility to take care of his health and well being. Full-Time employees enjoy the benefits of healthcare insurance for themselves and their family members as well. Health insurances secure employees against heavy financial losses during health emergencies. Part-time employees don’t generally have those benefits.

Pension plans: Full-Time employees are also given the benefits of retirement plans through pension funds or any other retirement scheme. It financially secures the employee in his/her old age, which is essential. Part-time employees generally do not have any such benefits and usually have to save for retirement themselves.

Part-time employees could also be seasonal and find it hard to get work during off-seasons and are more vulnerable to business cycles.

No one seeks part-time employment voluntarily, and no one wants to sit idle during certain quarters of a year. When companies are making long term progress in their profits rather than short-term gains during particular business cycles, a growth in Full-Time employment could be observed. When businesses are fully established in their sector and are marginally well-off, they opt to hire and retain Full-Time employees more. Otherwise, companies would rely on seasonal hiring and firing strategy only to keep the business running.

Policymakers giving the necessary support and means in terms of infrastructure, financial support, ease of doing business could help organizations to grow faster and offer better employment benefits. As more people from the labor force go into the full-time employment category, fewer people are working as part-time employees overall. When the majority of the labor force is full-time employed, we can expect a robust economy and steady economic growth that is immune to both domestic and international business and economic cycles.

Full-Time employment and its other half part-time employment only come into picture when we are trying to assess long-term economic growth and improvements in the citizens’ living standards. Hence, Full-Time employment statistics are more useful to policymakers who are committed to bringing wellbeing to their citizens through meaningful policies.

The currency markets are more concerned with the overall picture and the current business cycle’s impact on the currencies. Hence, Full-Time employment statistics, which are only part of the total labor force, do not move the markets like other employment indicators.

Full-Time employment is a low impact coincident indicator that is more useful for measuring long-term improvements in the quality of people’s lives for investors and policymakers only.

In the United States, the Bureau of Labor Statistics (BLS) publishes monthly, quarterly, semi-annually, and yearly Employment Situation Reports on its website. The labor force statistics from the Current Population Survey details the nominal values of the full and part-time workers classifying them based on age, sex, race, and ethnicity. Full-Time employment reports are available monthly, quarterly, and annually.

The United States Bureau of Labor Statistics Current Population Survey details Full and Part-time employment statistics in detail. The United States Bureau of Labor Statistics publishes monthly employment and unemployment reports that are very useful for market analysis. We can also find the same indexes and many others with a comprehensive summary and statistics of various categories on the St. Louis FRED that are relevant for our study. Consolidated reports of Full-Time employment for most countries can be found in Trading Economics.

Full-time employment refers to the number of people working a specified number of hours or more per week at their main job or only job. The number of hours is fixed by the government, who later classify employees in different categories.

Traders and investors worldwide watch the indicator value closely as it tells about a country’s employment situation. For example, in Canada, if a person works 30 hours or more per week, he is considered a full-time Employee. One should expect high volatility in the currency during and after the news release.

The below image shows the employment change in Canada during May. We see that full-time employment increased in Canada by 219.40, which should be positive for the currency. Let us witness the impact of this news release on the Canadian dollar by considering various currency pairs.

Let us start with the CAD/USD currency pair to observe the impact of full-time employment change on the Canadian dollar. The above snapshot shows the 15 minutes time-frame chart of the currency pair. The currency has been maintaining a range before the news announcement, and it is only three hours before the release, there seems to be a positive momentum building up for CAD/USD.

After the news announcement, the price initially moves higher, but this is immediately sold, and the market erases most of the gains. The wick on top of the news candle indicates a strong buy sentiment that is carried over, and momentum continues to build up over the next days. As we can see, despite strong sell at the end-of-the-day positive momentum still built up and the market reached a new high than before the news announcement.

The above image is a snapshot of the AUD/CAD pair on a 15-minute time frame before CAD full employment data release at 12:30 GMT. As we can see before the news announcement, positive momentum was building up, and a downward trend started just hours before the news candle.

After the news announcement that came in favor of CAD, AUD/CAD falling momentum increases, and investors lose further confidence in AUD, and a strong sell is seen. That momentum is carried over to the next two days, and the AUD continues to fall against CAD.

The above image is a 15-minute time-frame snapshot of CAD/JPY. Before the news announcement, there is no clear uptrend or downtrend.

It is only after positive news for CAD through full-time employment report the uptrend is further amplified and continues throughout the next few days.

The full-time employment data was able to move currency in favor of CAD against significant currencies after the news announcement confirming the importance of the economic indicator. 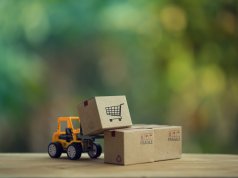 What Does ‘Exports by Category’ Data Indicate About A Nation’s Economy? 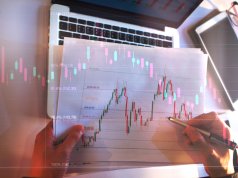 Fibonacci Trading: A Reversal Candle is to be Followed by a Good Signal Candle 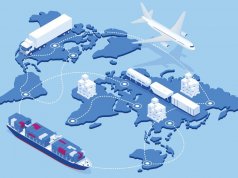 ‘Imports by Country’ – How Crucial Is It To Know About This Fundamental Forex Driver?

Gold Vs Bitcoin: Which one is a Better Long-term Investment?

Are You Using these Excuses to Avoid Trading?

Tips for Getting Past Trader’s Block

Forex Ponzi Schemes To Be On the Look Out For