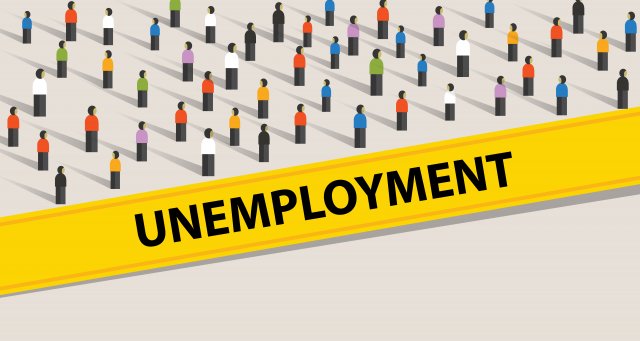 What is Long Term Unemployment Rate?

Hence, the long-term unemployment rate is then the percentage share of the labor force that is unemployed for six or more months, given that they have actively sought employment in the last month.

How can the Long Term UR numbers be used for analysis?

Long-term unemployment can lead to people working in underpaid jobs or find work not relevant to their skills out of desperation. It reduces economic productivity as skilled laborers are not being utilized for what they know best. Secondly, long-term unemployment places a financial crunch that can have a demoralizing effect on happiness, mental state, and job satisfaction. It is also observed that long unemployment periods tend people to self-isolate from the community. Anti-social behavior and hooliganism are also benefited from long-term unemployment.

As long as long-term unemployment is prevalent, improving the living standards of people is hard to accomplish. People cannot apply for loans or buy a house on a mortgage if they frequently lose jobs and take a long time to find new jobs. Financial insecurity and strained personal finances discourage people from spending and encourage saving for another jobless quarter or two. Long-term unemployment has a severe effect on householders, with only one working individual who provides for the family.

Long-term unemployment is bad for the economy. On the flip side, 50% of the long-term unemployed find a job in six months, and 75% do within a year. Within 18 months, the remaining also does find something or the other if they keep looking. 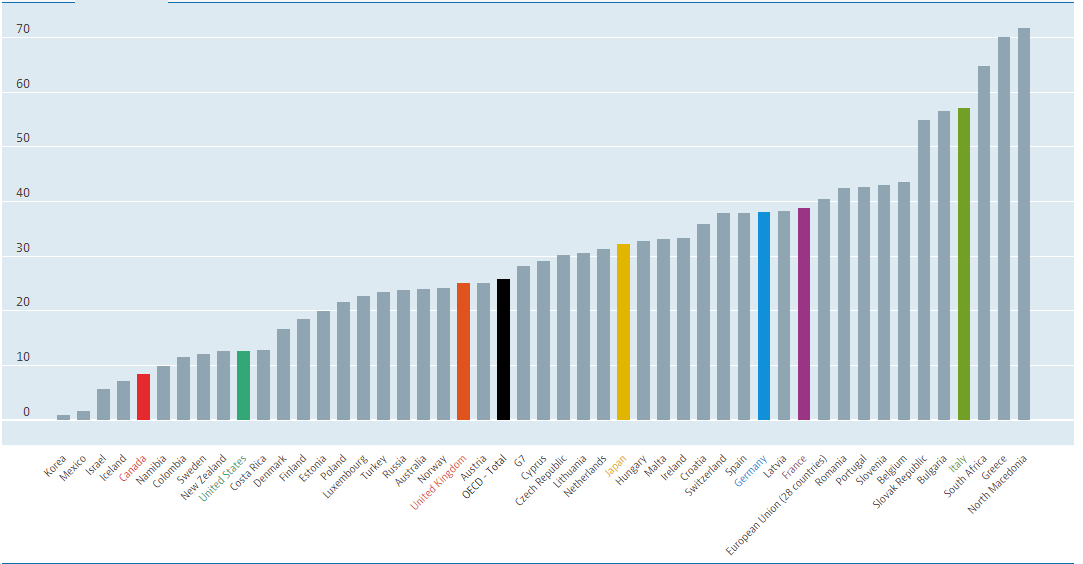 Overall, it is more challenging to reduce long-term unemployment than short-term cyclical unemployment. It is a critical hindrance to achieving high growth rates for any country. The above statistic shows how it is an international issue and not any particular set of countries.

Hence, it is a lagging low-impact indicator. It is an inversely proportional indicator, meaning high long-term unemployment is bad for the economy and currency.

In the United States, The Bureau of Labor Statistics publishes monthly employment and unemployment reports under the Employment Situation Report. Table A-12 in it details the long-term unemployed figures. The figures are seasonally adjusted for month-over-month, and year-over-year comparisons are also provided.

It helps them in understanding the long term employment situation of the country. However, the monthly numbers are significant to the market players when it comes to the forex market. Therefore, the impact of long term unemployment is not realized immediately on the currency pair.

The below image shows the latest long term unemployment data of Australia that was released in February. We can see the unemployment rate was the same compared to the previous year, but there was a reduction in the percentage of the labor force. In the following sections, we will observe the change in volatility due to the news release. 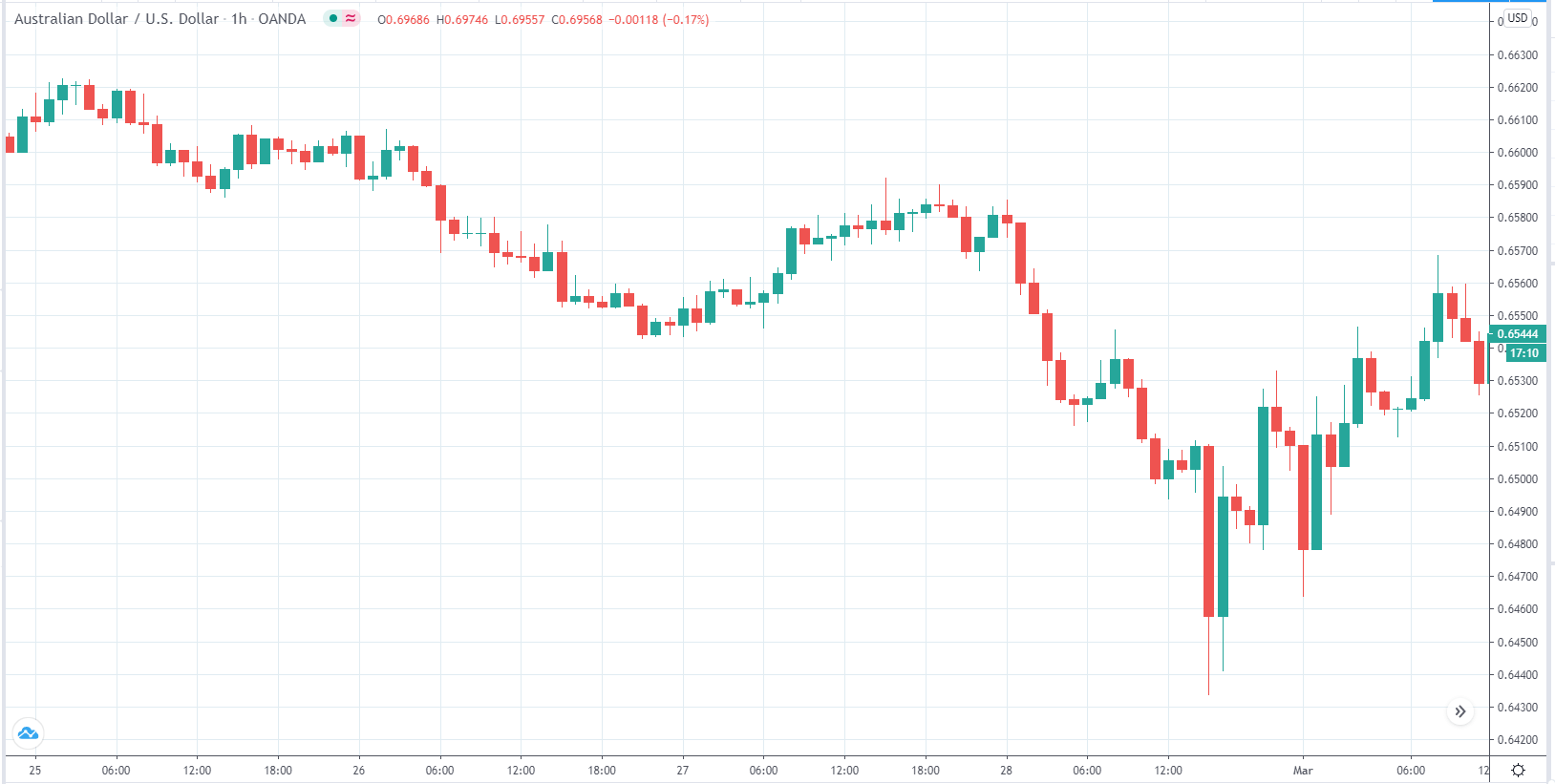 The above image is a 1-hour timeframe AUD/USD chart showing the moves from February 25th to March 1st, 2020. The currency has been slowly moving down and picks up a little momentum in its drop-down after February 28th. 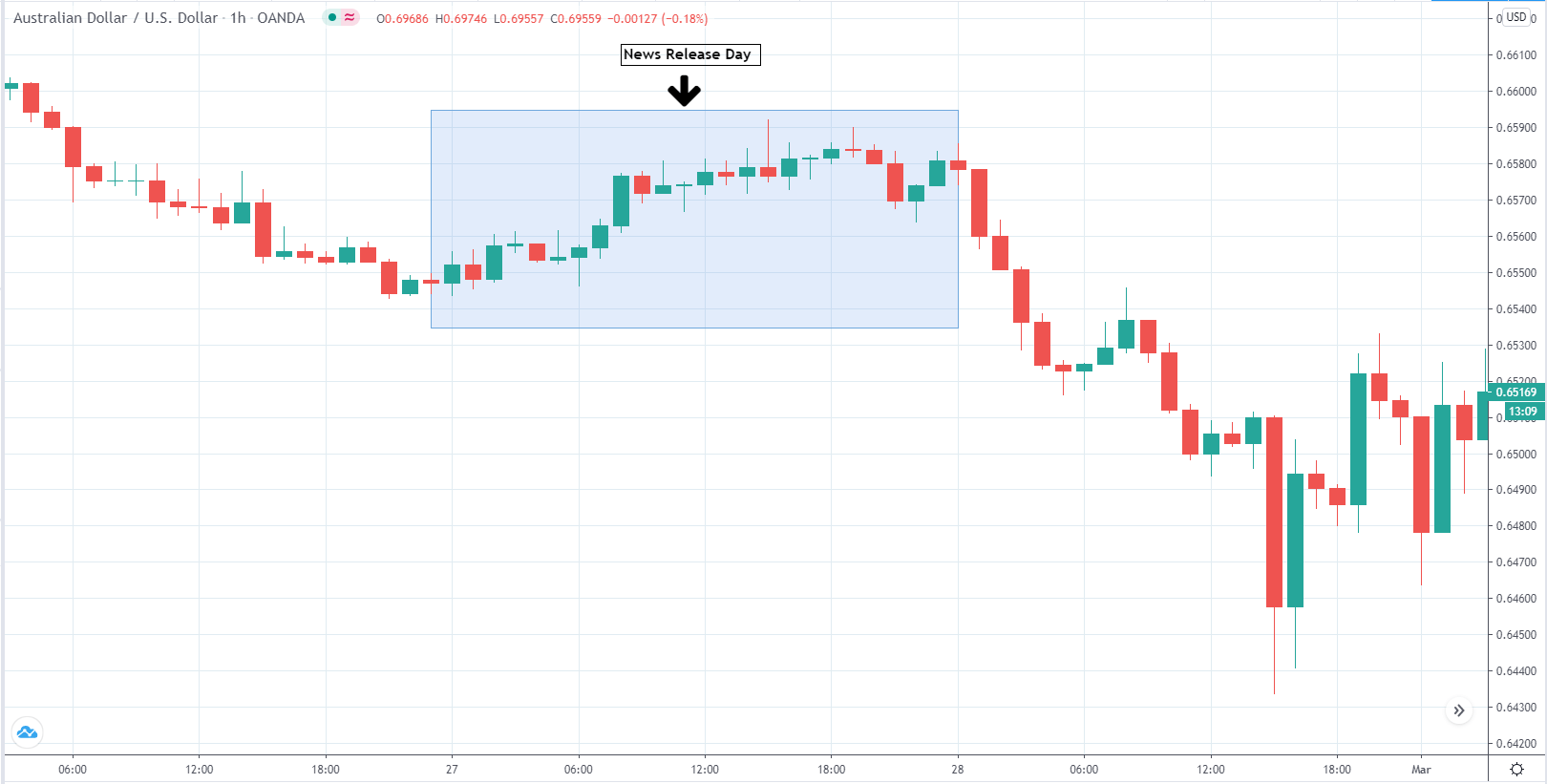 The above image is a snapshot of AUD/USD on the day of long-term unemployment rates in Australia news announcement on February 27th, 2020. The report published by the treasury department of Australia showed lower unemployment rates than the previous year. The favorable figures for AUD did not reflect in the pair’s non-volatility. 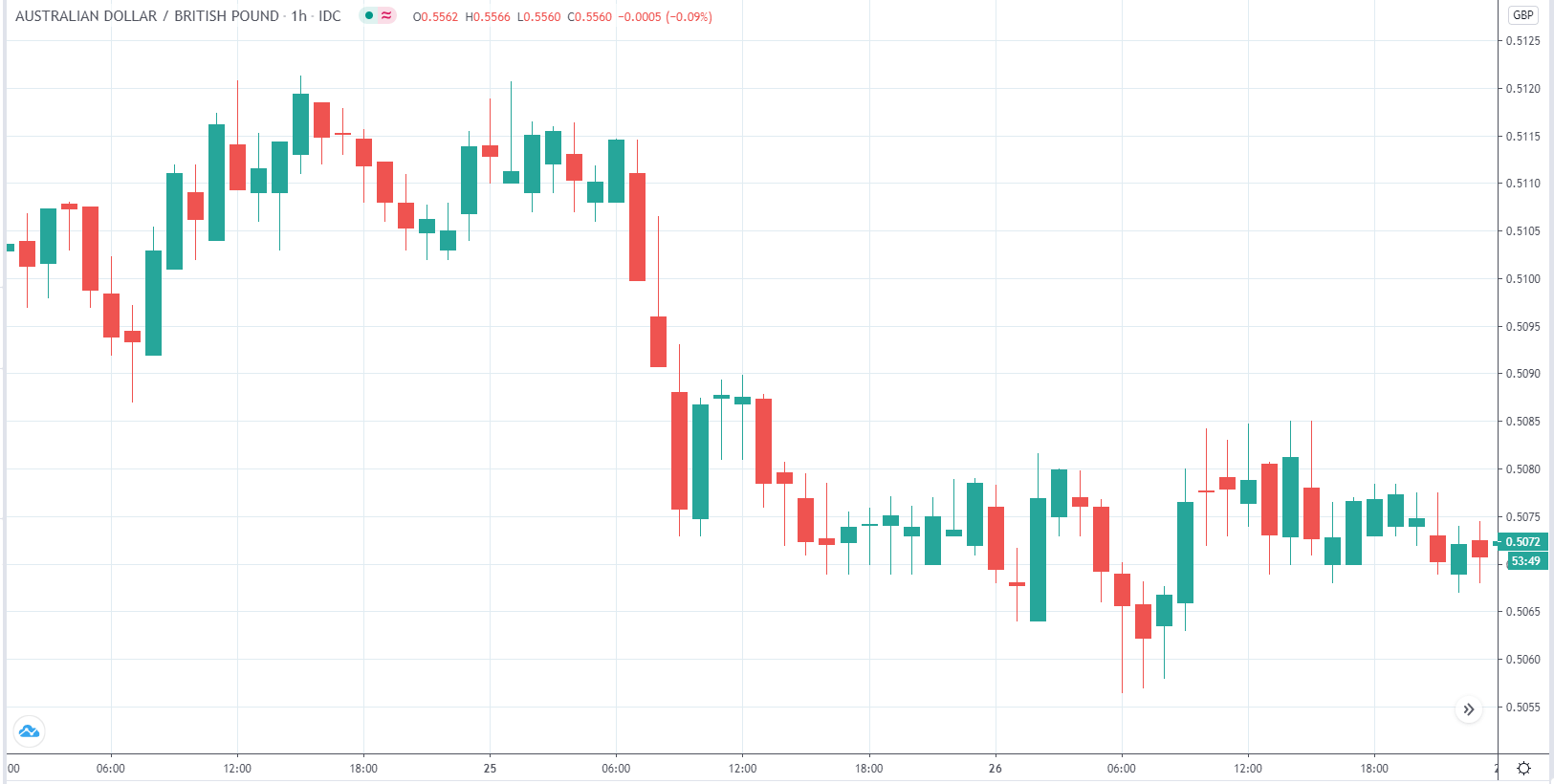 The above image is a 1-hour timeframe AUD/GBP chart showing the moves from 25th to February 26th. The currency has not shown any clear down or uptrends till now. 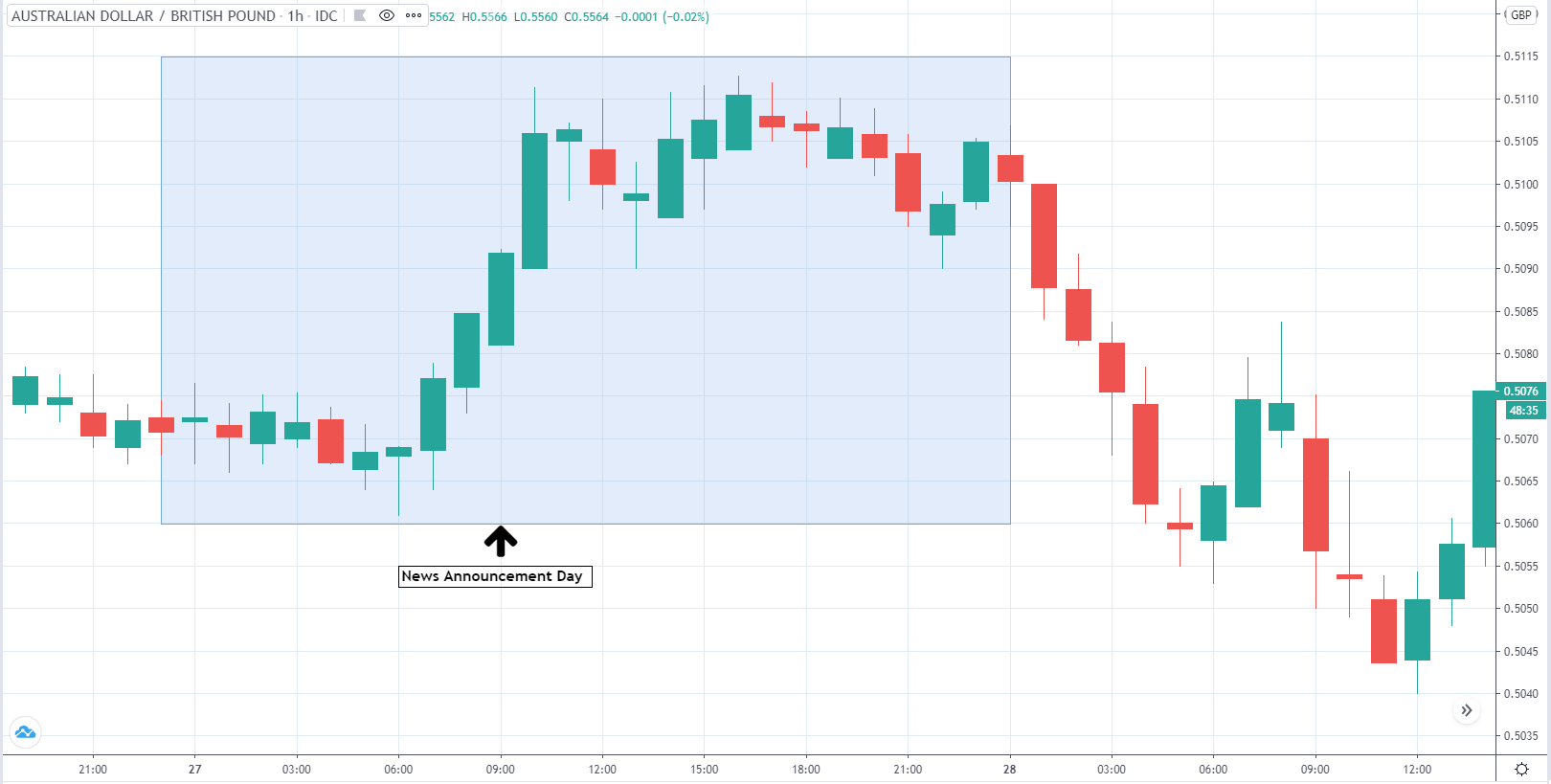 The above image highlights the currency pair move throughout the news announcement day. We can see that there was only about a 40-pip maximum move, which is minimal movement and typical for such a pair. The news did not build any rallying up for AUD against GBP. 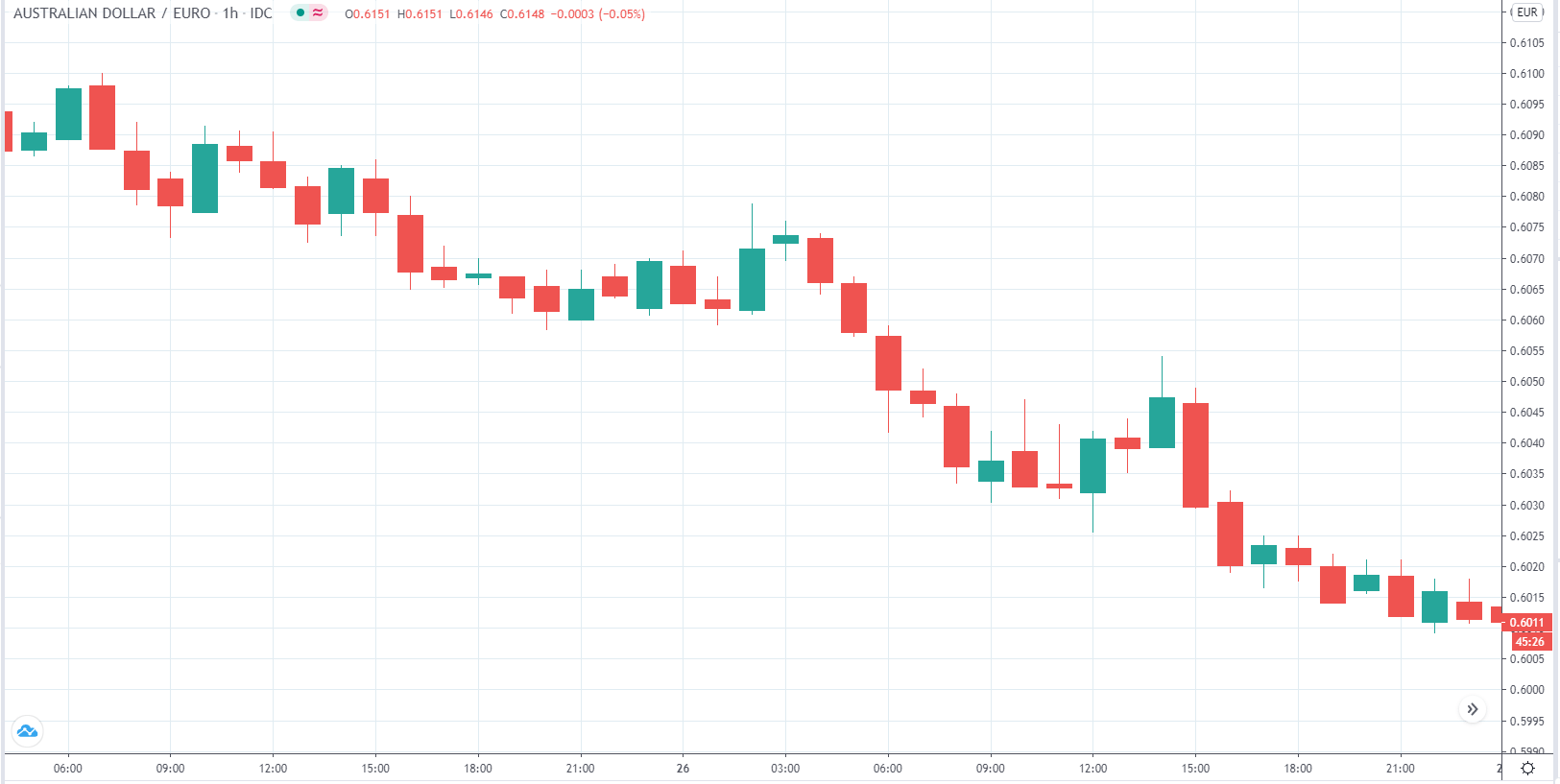 The above image is a 1-hour timeframe AUD/EUR chart before February 27th, 2020. As we can see, AUD has been losing its value slowly against EUR in the last two days. 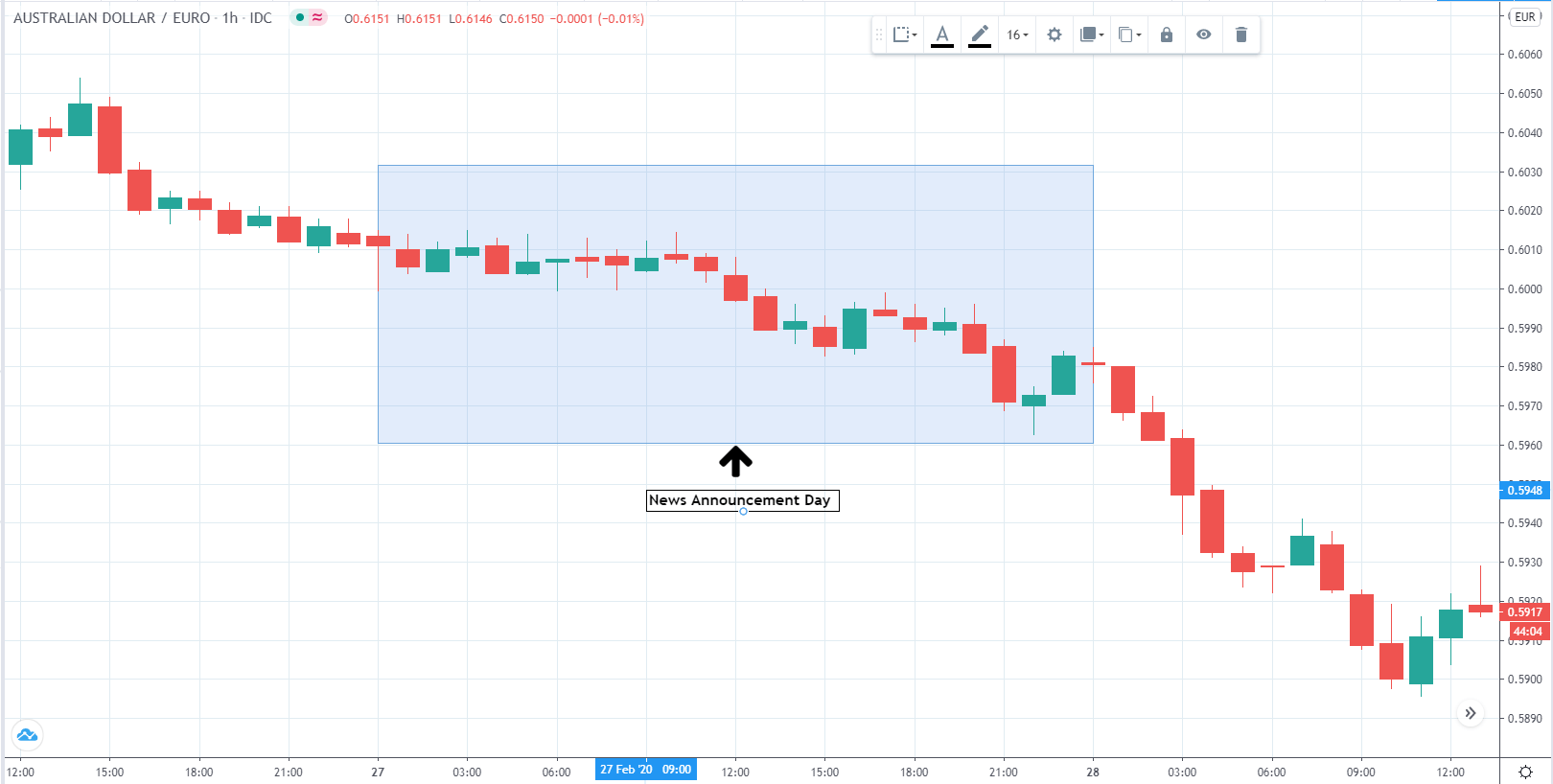 In conclusion, as we have seen, the long-term unemployment economic indicator was almost entirely ignored by the market. The market knows it is a lagging indicator, and the effects have already been priced into the market, therefore showing no volatility during the news announcement. Hence, the above trend analysis confirms our fundamental analysis of the economic indicator as a low impact lagging indicator that is overlooked by the currency market.