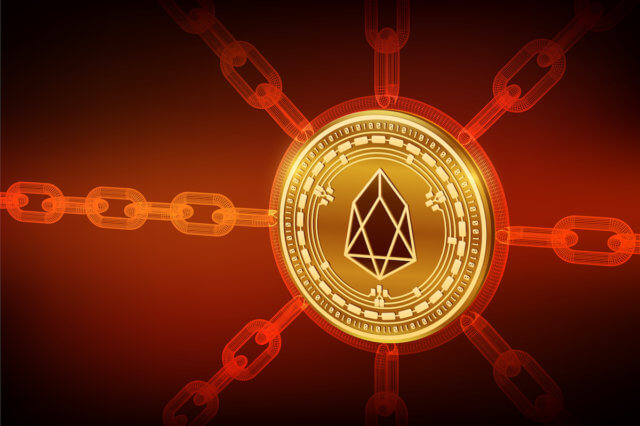 The crypto market ended its one-day uptrend and backtracked a bit from the gains it made over the past 24 hours. Bitcoin is currently trading for $8,761, which represents a 1.7% increase on the day. Meanwhile, Ethereum gained 3.02% on the day, while XRP gained 1.7%. 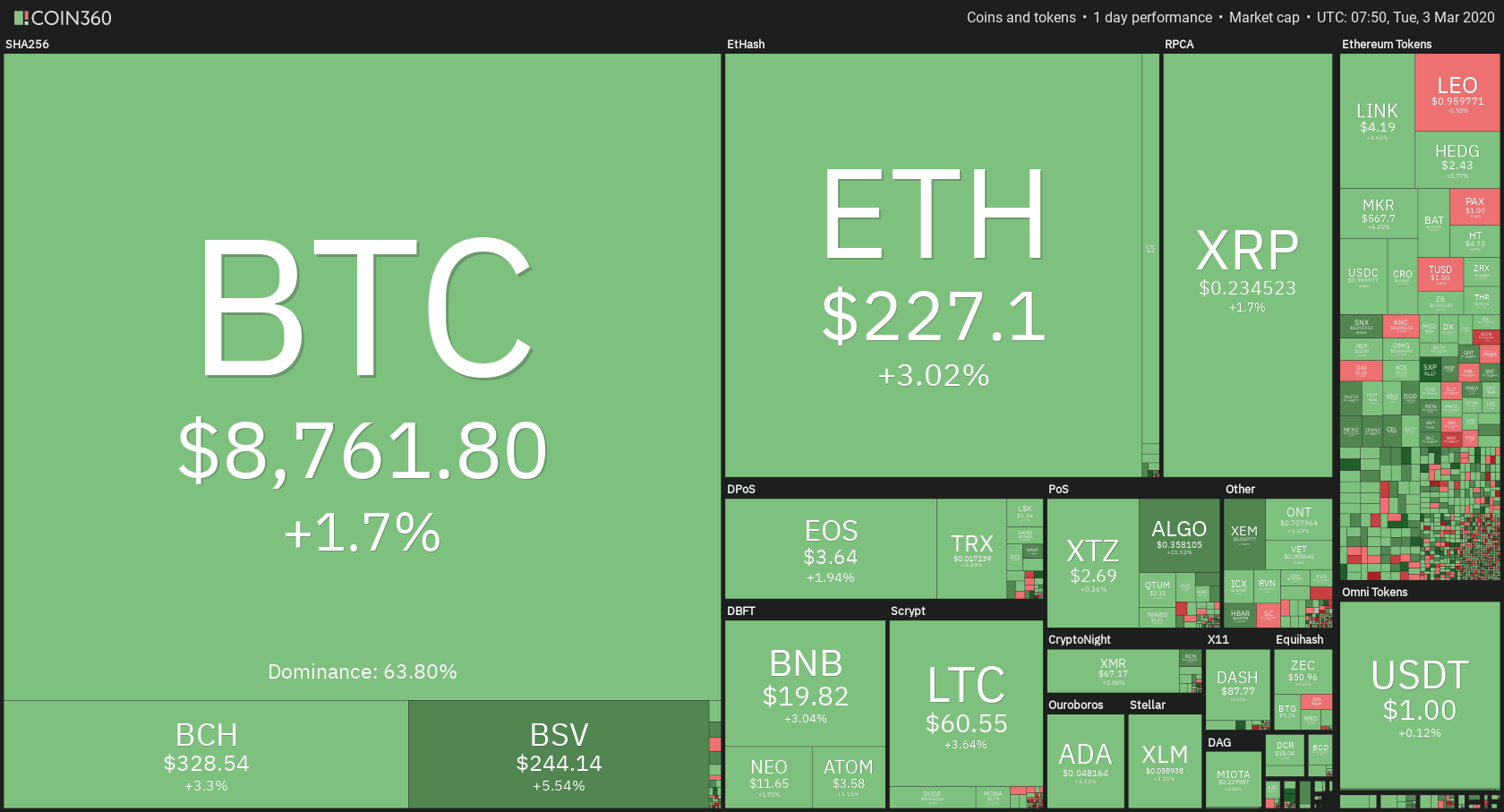 Bitcoin’s dominance managed to increase slightly over the past 24 hours. Its value is now 63.8%, which represents a 0.15% difference to the upside when compared to the value from when we last reported. 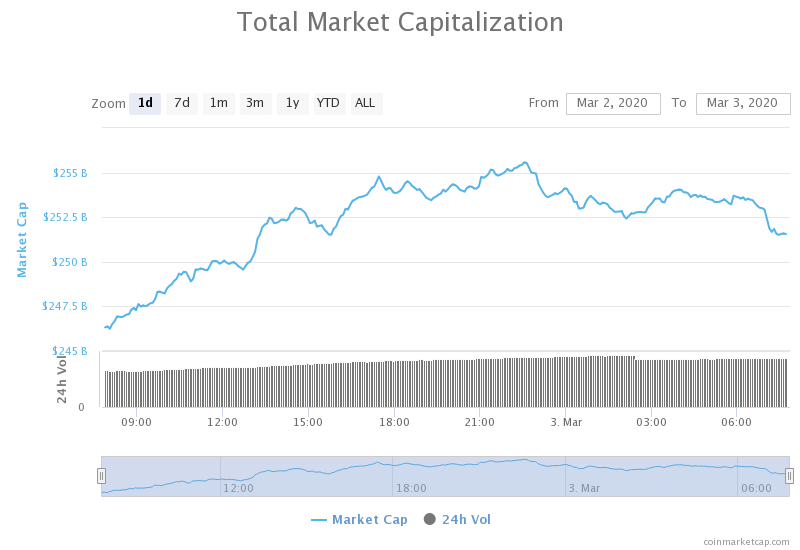 The cryptocurrency market capitalization stayed at the same spot from when we last reported. It is currently valued at $251.57 billion, which represents a decrease of $0.36 billion when its value is compared to the value it had yesterday.

The government of Argentina made an announcement that its national blockchain-based mechanism for registering new companies will be suspended for a period of 180 days.

This measure, according to the statements made by the head of General Inspectorate of Justice Ricardo Nissen to La Nación, is made so Argentina could reorder the registration of new companies so that the inspectorate could also participate in the entire process.

Block.one released EOSIO 2.0 in January 2020 as an upgrade to the protocol. Some cryptocurrency exchanges like Coinbase announced that there was trouble with the performance of the network once the new set of protocol improvements was installed. This implementation slowed down or even stopped deposits and withdrawals.

In the meantime, the EOS community voted to slash the network inflation from 5% down to 1%, which marked this event as the blockchain’s second massive token burn event ever since Q2 of 2019.

Bitcoin ended its one day long upswing which managed to reach all the way to $8980 before crashing slightly. The biggest cryptocurrency by market cap broke the $8,825 resistance and rushed towards price levels of above $9,000 but failed as bears kicked in. Bitcoin’s price is now dropping, currently trading just around the levels that BTC has when we last reported.

Bitcoin’s volume is quite average when compared to the past and this week, while its RSI level is just below the middle of the value range, sitting at around 48.

Ethereum more or less mirrored the actions of Bitcoin in the past couple of days. Its upswing also ended after price not being able to push above $235. ETH is now slowly dropping in price, possibly testing the support level of $225.5. However, so far, the price is safe above this support level.

Ethereum’s volume is quite low, while its RSI is just below the middle of the value range, sitting at around 48.

XRP also moved in the same direction and played out the same patterns as Bitcoin and Ethereum. After its upswing ended, XRP started to move to the downside. However, the bear presence was strong, and XRP is now testing the $0.235 support. It is still unknown whether the price will end up above or below it as the fight for the level is continuing. However, there is a good probability that XRP will continue its path to the downside in the short term.

XRP’s volume is slightly below average, while its RSI level is just below the middle of the value range, sitting at around 46.