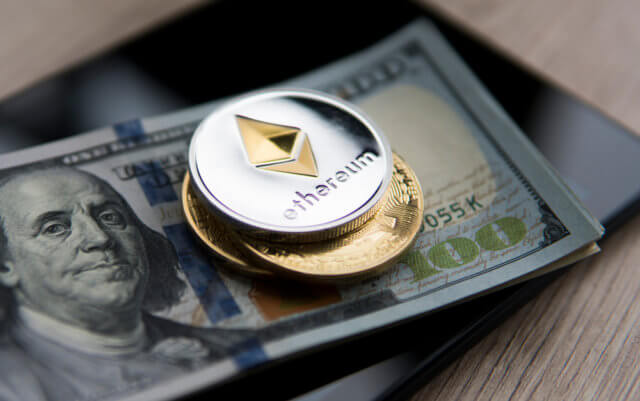 The cryptocurrency market managed to pull its weight to the upside as Bitcoin surged and recorded double-digit gains in the past 24 hours. Bitcoin is currently trading for $6,488, which represents an increase of 10.73% on the day. Meanwhile, Ethereum gained 8.91% on the day, while XRP gained 6.27%. 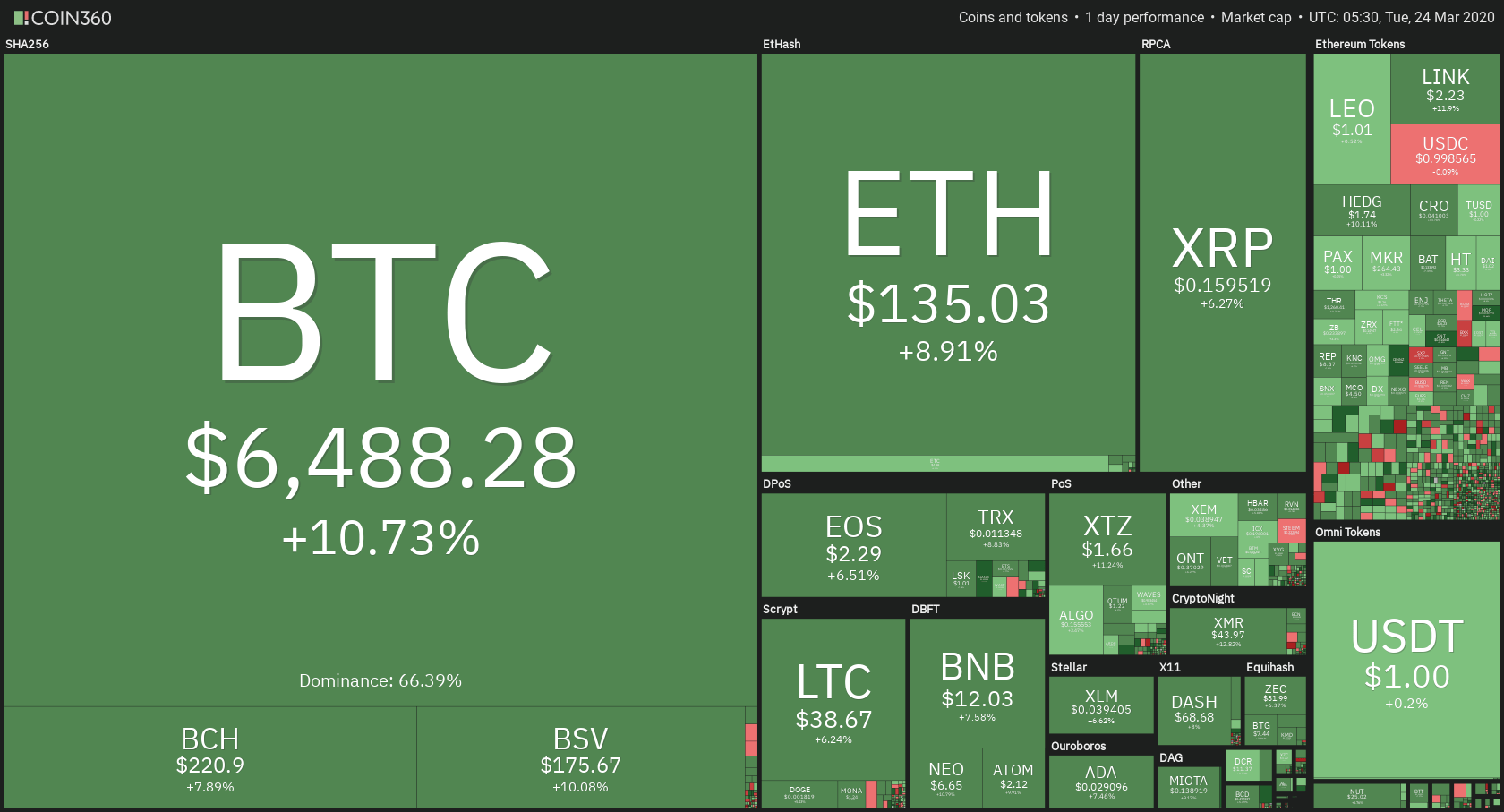 Bytecoin took the position of today’s most prominent daily gainer, with gains of 17.64%. On the other side, Steem lost 1.82% on the day, making it the most prominent daily loser. At the moment, it seems that the market moves as a whole (or at least in the same direction) and that not many cryptos differ from this rule.

Bitcoin’s dominance has increased over the past 24 hours. Its value is now 66.39%, which represents a 0.41% difference to the upside when compared to yesterday’s value. 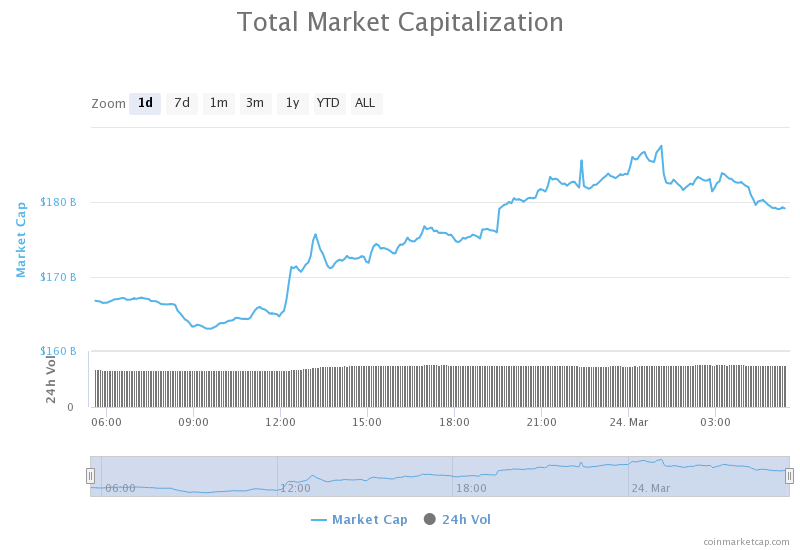 The cryptocurrency market capitalization increased over the past 24 hours, with a current value of $180.28 billion. This value represents an increase of $3.5 billion when compared to the value it had yesterday.

Democrats in the US House of Representatives are looking to implement the US-made digital dollar in order to streamline payments to its citizens outside of the traditional financial system. This idea has come up as many people were in need of some form of a stimulus package as a response to the economic crisis caused by the COVID-19 outbreak.

The MakerDAO (MKR) has recently announced an auction to recover the DAI collateral debt. This auction is almost complete, even with the procedure suffering some technical setbacks. The MakerDAO community largely remains optimistic as they think that Maker is handling the situation quite well.

Bitcoin managed to pull itself out of the falling price by creating lower lows pattern. The largest cryptocurrency soared above $6,000 once it broke the $5,960 resistance. The price was, however, stopped by the $6,640 resistance. Bitcoin is now consolidating right below this key level, trading at around $6,500 at the time of writing.

Bitcoin’s volume increased slightly during the price surge, while its RSI reached above 60 values on the 4-hour timeframe.

Ethereum followed Bitcoin price-wise and increased in value as well, though not quite as much. The second-largest cryptocurrency has broken its $128 resistance quite quickly and moved towards future resistances. However, a new key resistance level has formed at the $139 level, which stopped the price from increasing twice in the past 24 hours.

Ethereum’s volume increased only during the duration of the candle, which brought its price over $128, while the rest of the day went by with regular volume. Its RSI level increased and is now at a value of 55.5.

XRP increased in price as well over the past 24 hours. However, a pattern that is present for a couple of runs (to the upside as well as the downside) is that XRP did not break any support or resistance levels. XRP couldn’t get past the $165 level and is now trading at the $158.5 level, performing consolidation.

XRP’s volume increased only slightly when compared to the past couple of days. Its RSI level increased to the value of 55.