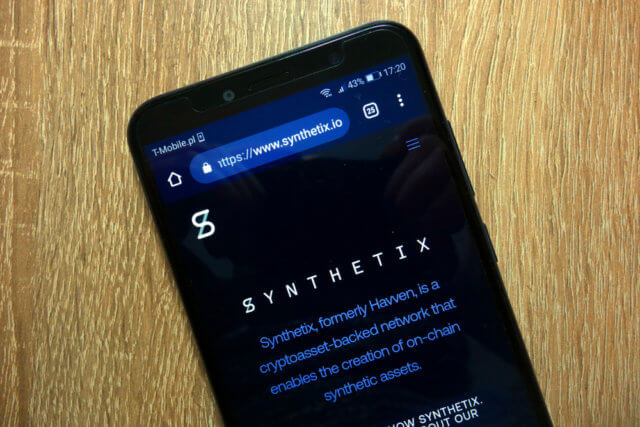 The cryptocurrency market had a pretty slow day when compared to the past couple of days. Bitcoin is currently trading for $7,838, which represents a 1% decrease on the day. Meanwhile, Ethereum lost 0.88 % on the day, while XRP managed to gain 1.78%. 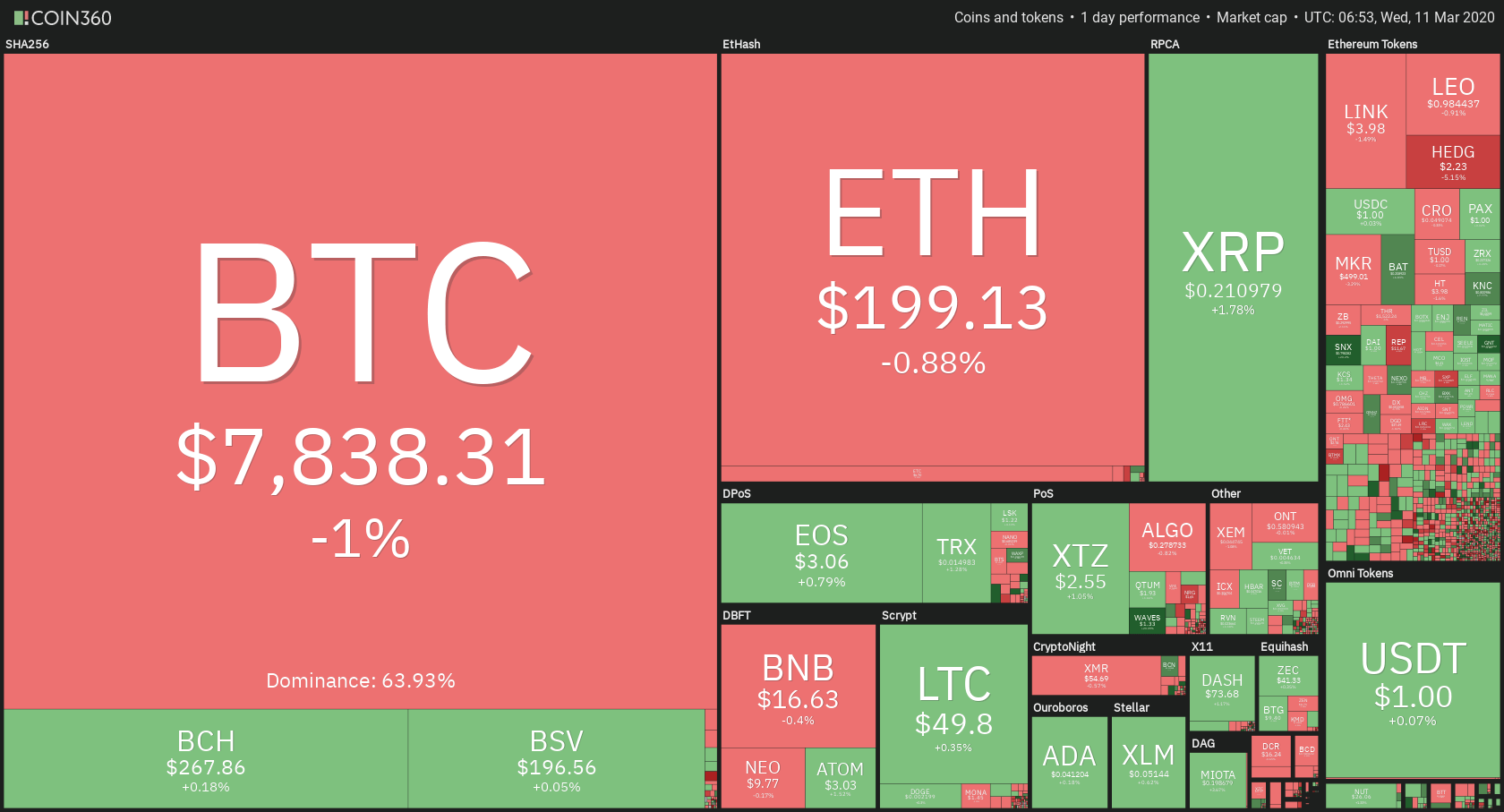 Bitcoin’s dominance managed to decrease slightly over the past 24 hours. Its value is now 63.93%, which represents a 0.63% difference to the downside when compared to yesterday’s value. 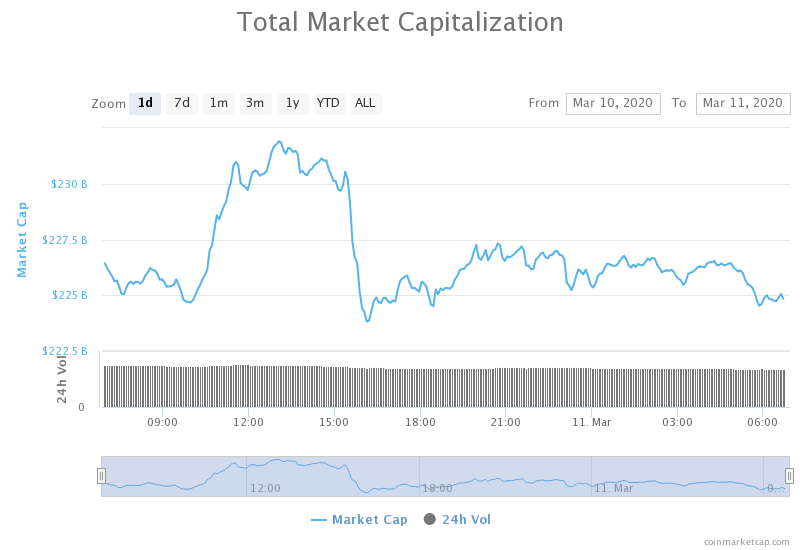 The cryptocurrency market capitalization maintained its levels over the past 24 hours. It is currently valued at $225.06 billion, which represents a decrease of $0.47 billion when its value is compared to the value it had yesterday.

In a Mar 10 blog post, the Synthetix platform announced plans for trading binary options in Q3 of this year. Binary options are a form of derivatives where the buyer is down to two outcomes: they either receive a payout or they lose their investment.

Bitcoin’s volume is slowly declining while its RSI level has risen above oversold levels.

Ethereum, just like Bitcoin, had a pretty slow day. The second-largest cryptocurrency found a strong support near the$198 level, which held up quite well. Its current price moves are narrowing down and might form a triangle pattern in the near future.

Ethereum’s volume is quite low at the moment, while its RSI level is just below the oversold line.

Unlike Bitcoin and Ethereum, who mostly consolidated, XRP ended up gaining some value in the past 24 hours. The third-largest cryptocurrency bounced off of the $0.2 support and tried to move its price up, which it succeeded. The price slowly moved up over the past day and reached $0.216, where it stopped and started consolidating. XRP is currently trading near the $0.21 level.

XRP’s volume is extremely low, while its RSI level is in the 40’s range.