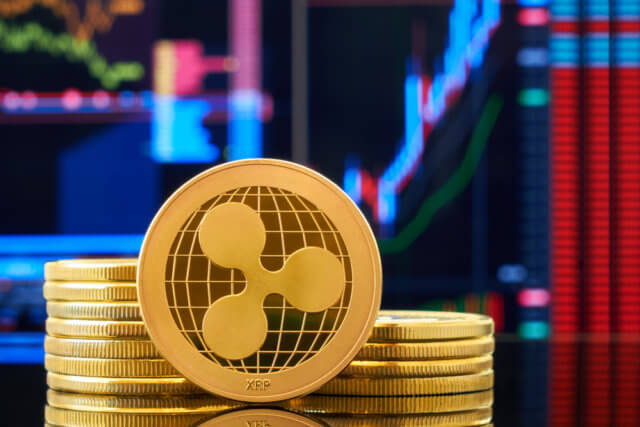 Taking a look at the market, and it has never looked more green. Almost every single cryptocurrency made some gains in the past 24 hours. Bitcoin, the largest cryptocurrency by market cap, is currently trading for $9611, which represents a 3.98% decrease on the day. Meanwhile, Ethereum gained a staggering 9.36% on the day, while XRP went parabolic and gained 0.94%. 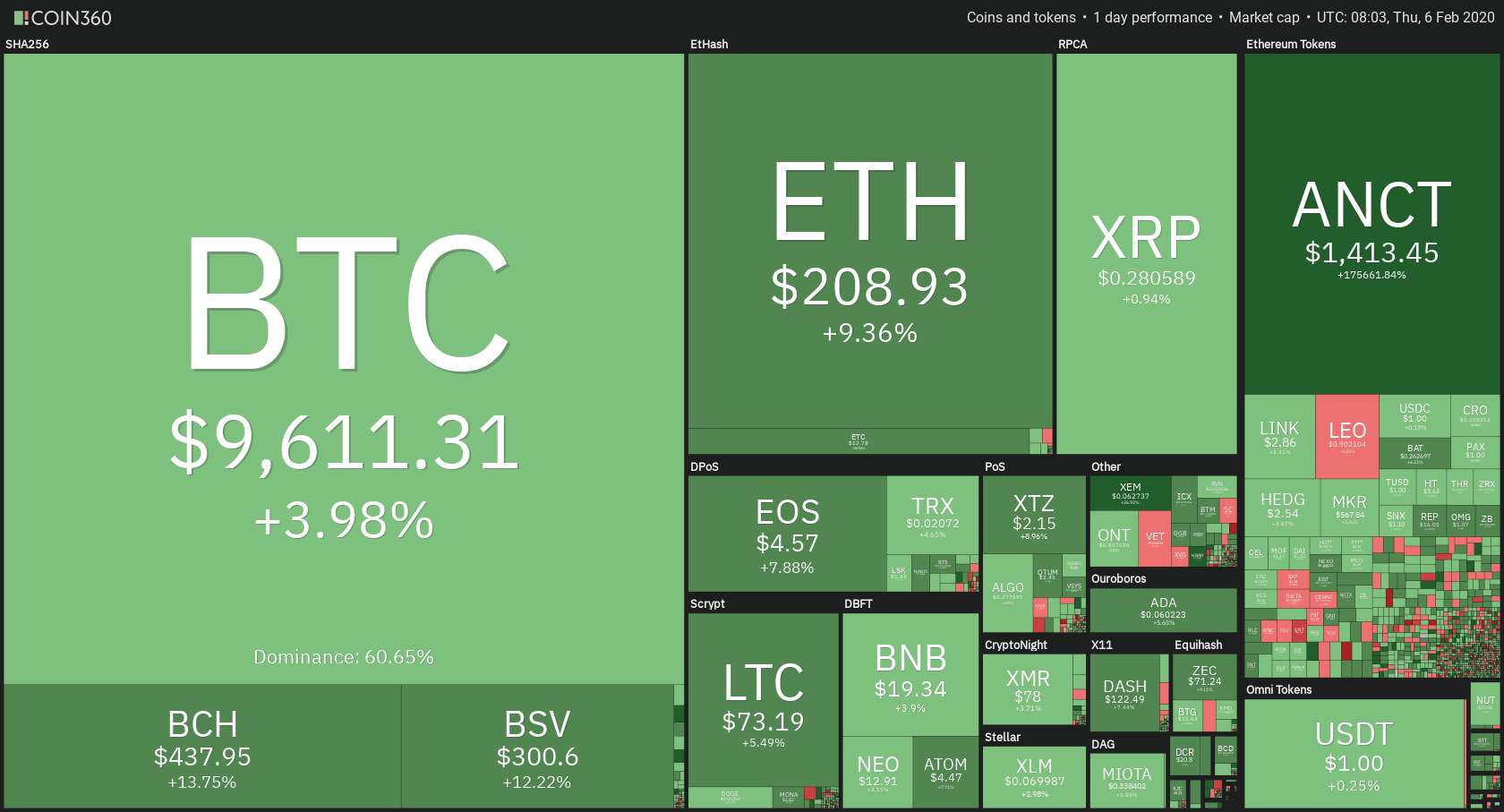 Bitcoin’s dominance decreased significantly in the past 24 hours. It is now at 60.65%, which represents a decrease of 4% when compared to the value it had yesterday. 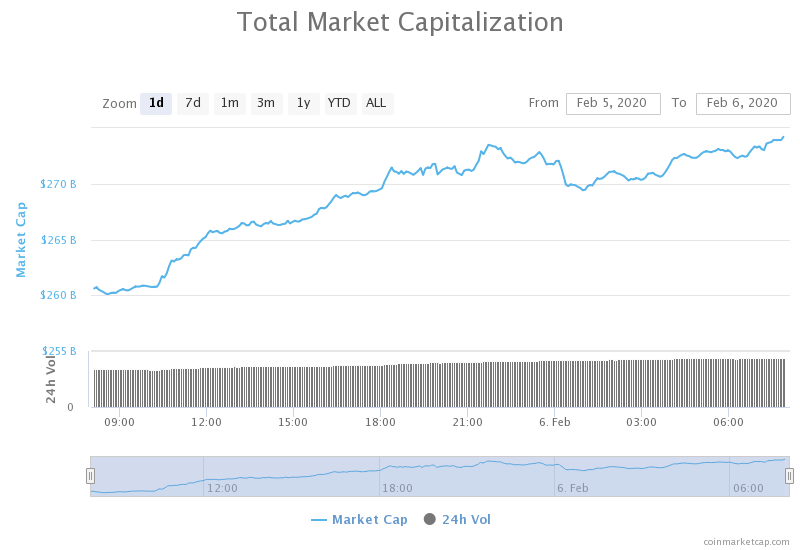 The cryptocurrency market capitalization gained quite a bit over the past 24 hours as cryptocurrencies gained momentum upward. It is currently valued at $273.17 billion, which represents an increase of $12.04 billion when compared to yesterday’s value.

Lightning Labs, the developer Bitcoin’s high-speed transaction protocol “Lightning Network,” secured $10 million in their Series A funding round. Lightning Labs CEO and co-founder, Elizabeth Start, told the news via a public announcement in a blog post.

The company plans to use the raised funds to continue with the development of the Lightning payments technology as well as scaling of its developer ecosystem.

Ripple, the company behind the third-largest cryptocurrency XRP, has made a new partnership. Apparently, Ripple will use its technology to bolster cross-border payments between the US and Mexico.

Ripple made announcement of the new partnership on Feb 5.

Bitcoin made another swing up, trying to climb its way to 10,000. The price moved from the support level of $9,120 upwards, all the way up to $9,732 where the momentum faded. The move was accompanied by a slight (but not as substantial as some thought) volume increase. Bitcoin is now safely consolidating between the resistance of $9,732 and support of $9,585. Bitcoin’s RSI is just below the overbought territory while its volume is slightly above average.

One thing to note is that Bitcoin got outperformed by many cryptocurrencies in the past 24 hours, and even lost 4% of its dominance.

Ethereum went parabolic today, as its price rose from $185 all the way to $212. The momentum faded down, and Ethereum is (at least for now) trying to consolidate at the highs. The second-largest cryptocurrency breezed through its $193.6 and $198 resistances as the volume skyrocketed.

Ethereum’s volume increased massively during the upswing, while its RSI level is deep in the overbought territory.

XRP is, after it skyrocketed yesterday, mostly consolidating at its highs. Because of that, the third-largest cryptocurrency gained less than 1% on the day. Its move did not break any resistances and kept withing the bounds of its current ones. XRP is currently trading in between the $0.266 support and $0.285 resistance, which is quite a large range.

XRP’s volume descended from the highs it had during yesterday’s move, but it is still elevated. Its RSI level on the 4-hour chart is still deep into overbought territory.