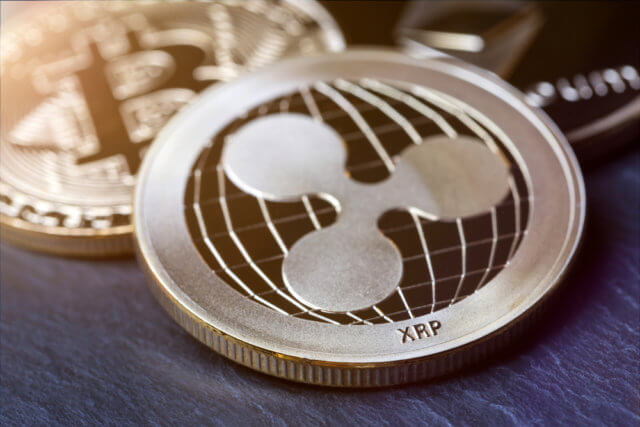 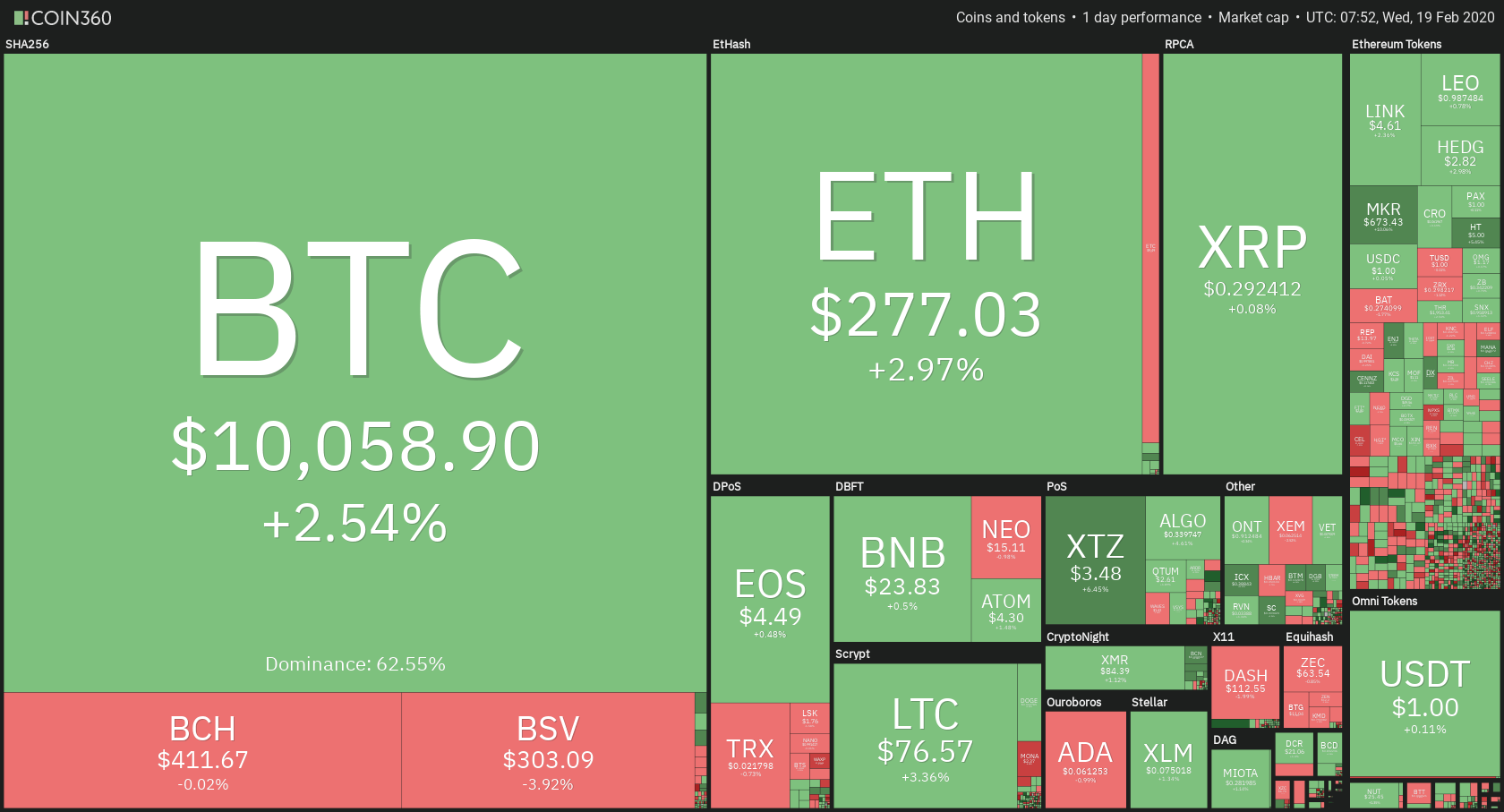 Bitcoin’s dominance increased slightly as altcoins rose while BTC stood still in the past 24 hours. It is now at 62.55%, which represents an increase of 0.44% when compared to the value it had yesterday. 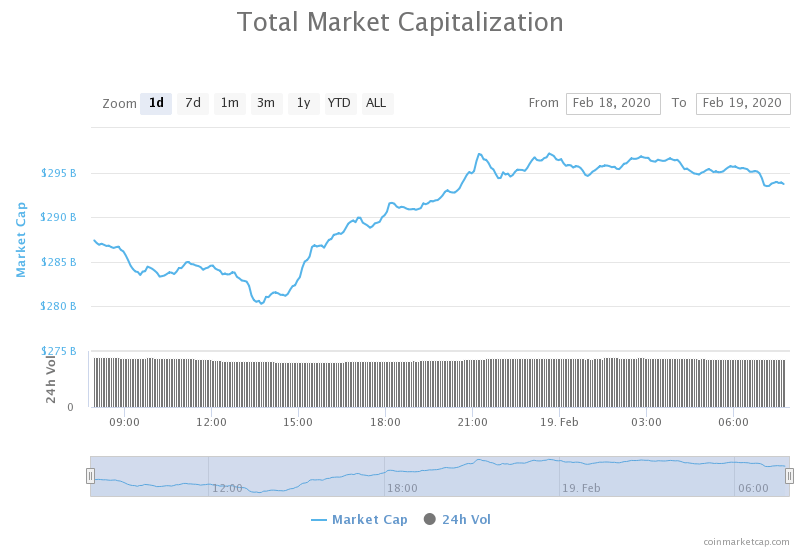 The cryptocurrency market capitalization increased slightly in the past 24 hours. It is currently valued at $293.84 billion, which represents an increase of $6.87 billion when compared to the value it had yesterday.

With the 2019 US tax season just around the block, the IRS wants to leave nothing off the table. The IRS has invited crypto companies and advocates to show up for a March 3 summit in Washington DC. One of the aims of the summit is to determine how to “balance taxpayer service with regulatory enforcement.”

Topics that will be discussed at the summit include regulatory guidance as well as compliance, preparing tax returns, crypto exchange issues, and technology updates.

A recent Medium post from Whale Alert (blockchain monitor) showed Jed McCaleb, CTO of Stellar, sold more than 1 billion XRP between 2014 and 2019. Whale Alert, however, noted that compared with the trade volume XRP has on a daily basis, the amount McCaleb sold seems insignificant.

Bitcoin’s volume quite average when compared to the past week, while its RSI is now near the middle of the value range.

Ethereum also had a green day, with gains similar to Bitcoin’s. The second-largest cryptocurrency increased in price from $244 all the way up to $286. The move broke the $251.3, $259.5, and $279 resistances with ease. The move, however, ended, and Ethereum’s price fell slightly, dropping under the $279 support (now resistance) level.

Ethereum’s volume is quite average, while its RSI level is just above the middle of the value range.

XRP performed worse than Bitcoin and Ethereum on the day. The third-largest cryptocurrency gained a bit of value, but actually stayed at the same level it was at 24 hours ago. It is currently consolidating and preparing for the next move, bound by the $0.31 resistance as well as $0.285 support level.

XRP’s volume is on the same levels it was at during the past week (if we disregard the few large candlesticks during the breakouts), while its RSI just under the middle of the value range.