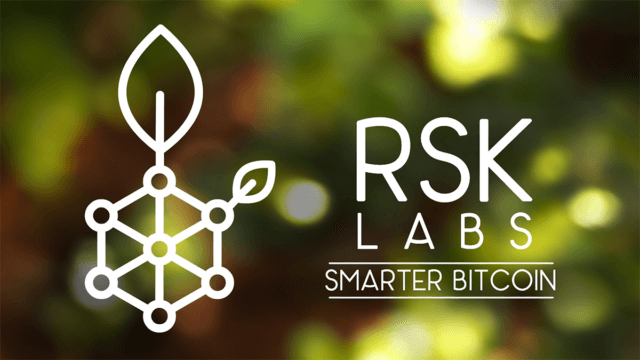 Bitcoin technology has played a phenomenal role in revolutionizing the global finance industry. Finance industry players, retail companies, and individuals understand this, hence its massive adoption across all industries. But Rootstock (RSK) sidechain developers believe that Bitcoin blockchain could be doing more. And that limitations in scalability, transaction processing, and lack of support for smart contracts the dominant cryptocoin is facing today are its biggest hindrances.

RSK developers also believe that the pioneer blockchain is money-dominated, implying that people concentrate more on Bitcoin Value than the technological revolution it promises the finance sector. And to address these issues, RSK labs sought to create a Bitcoin sidechain – Rootstock, also known as the ‘SMARTER BITCOIN.’ According to the company, the Sidechain will help Bitcoin overcome these limitations and boost its functionality and interoperability.

But what is RSK, and what progress has it made in making these feasible?

RSK is a Bitcoin sidechain connected to the BTC blockchain by a two-way peg. It can also be said to be an innovative virtual machine (RVM), tethered to the root of bitcoin blockchain with the aim of introducing the smart contract concept to the pioneer blockchain while effectively boosting its scalability. Plus, its through RSK sidechain that the crypto community will be able to create and run Bitcoin blockchain-backed smart contracts.

How does RSK hope to achieve these?

The semi-trusted-third-party (STTP) comprises of 25 highly accredited crypto community members of proven crypto knowledge and unquestionable integrity. And they serve as an interlink between RSK sidechain and Bitcoin blockchain, where they determine when to lock or release smart contract funds.

Why does the execution of smart contracts need a third party, you might ask? Well, because Bitcoin blockchain does not support the creation of smart contracts on its platform, RSK platform users needed an assurance that the Sidechain was operating in their best interests. And who to better provide such oversight and regularly audit the transactions carried out on the platform than the crème del crème of the crypto industry.

The 25 STTPs effectively form the hybrid federation that, in turn, operates the multi-signature wallet used to authorize the locking and release of funds. Each multi-sig wallet member has one vote, and it takes a simple majority to authorize the execution of a smart contract.

The RSK Labs has been involved in the audit and analysis of both Bitcoin and Ethereum blockchains. In RSK sidechain, they have come up with a highly scalable platform that seeks to boost on-chain transaction processing speeds to 2000 in the long-run from the 3 TPS recorded by bitcoin blockchain today. They also intend to increase block confirmation speeds from 10 minutes per block to less than 10 seconds per block. To achieve this, RSK Labs developers utilized the GHOST protocol used on the Ethereum blockchain to speed up transaction processing speeds, and the DÉCOR+ block reward sharing protocol.

Note that RSK is a sidechain and will not be modifying the bitcoin blockchain code. How then does its scalability and transaction speeds impact Bitcoin? Well, the 2-way peg ensures the two blockchains run parallel to each other, and share assets like the blockchain database. This implies that if a transaction is recorded on the sidechain block, it automatically records on the main bitcoin blockchain, effectively eliminating chances of duplication. The tokens are also interchangeable, where 1 BTC = 1 SBTC (the token used on the RSK sidechain network).

RSK is to bitcoin, what EVM is Ethereum. A virtual machine through which bitcoin smart contracts can be executed. RSK, however, goes a notch higher to provide a platform on which the crypto community can create Bitcoin-based decentralized apps. And this effectively earns it the title –SmartBitcoin.

The fact that RSK is a sidechain that complements the Bitcoin blockchain means that its tokens won’t be commercially available. They will be restricted within the RSK to boost network operations like DApps creation. And to allow for easier interchangeability, 1 SBTC will always hold the same value as 1BTC. Let’s say you had 5 BTC and that you wanted to transact but want to leverage the speed and efficiency of the RSK sidechain. You simply exchange them for an equivalent amount of SBTC, and once done, convert your SBTC balance back to BTC.

The fact that Bitcoin’s blockchain does not support the creation of smart contracts on its native network necessitates the use of the Hybrid Federation interlink. When you exchange your BTC for SBTC or vice versa, your coins are locked in a multi-signature wallet within the 2-way peg. The federation, consisting of 25 highly accredited crypto community members, holds the keys to the multi-sig wallet. And locking and releasing funds held in the wallet only requires the authorization of a simple majority.  It provides a semi-trustless oversight over the funds as opposed to the fully independent, trustless, and automated oversight needed in a smart contract.

The bridge between bitcoin and Ethereum:

RSK also supports the Turing Complete Programming language used by Ethereum Virtual Machine (EVM) and Ethereum DAPPs. This makes it possible for Ethereum blockchain users to easily migrate their systems to the RSK network. It is a viable option for Ethereum users, uncertain about the efficiency and reliability of the upcoming shift by Ethreum from proof of work to proof of stake.

What is the future of RSK?

Federation transitions to a drivechain/sidechain model?

Currently, RSK transactions over the 2-way peg are audited by the semi-trustless federation. Moving forward, however, and as the Sidechain gains traction and usage, RSK hopes to shift the custody of the locked coins on the 2-way peg to the merge-miners. A significant move aimed at reducing the need for trust.

RSK also looks forward to educating the crypto community on the effectiveness of its innovative Sidechain. To this end, RSK has published all the whitepapers related to this project and even created a blog where they share tips and educate the masses on how to interact with the Sidechain.

When RSK made public their intention to create and actualize the implementation of smart contracts, every crypto community member expected a flawless process. In its stead, RSK Labs, the developers of RSK sidechain, decided to include the semi-trustless federation of signees to maintain custody of the coins exchanged between Bitcoin main net and Sidechain.

The inherent risk associated with such an arrangement, especially considering their small and compromisable size of just 25 participants,  have seen the crypto community shy off the platform. Most of these lie in wait of the proposed upgrade to the 2-way link that elbows out the federation in favor of BTC and SBTC merge miners.

It is about time Bitcoin blockchain took advantage of its massive industry support and incorporated smart contract features. And the Rootstock sidechain is here to give the blockchain its much-needed push towards execution of smart contracts. By adopting RSK, users of the already dominant legacy coin stand to benefit from such features only available with the newer blockchain models as faster transaction processing speeds, a DApps building platform, and the ability to execute bitcoin blockchain-backed smart contracts. Looking at the Bitcoin community, however, one can’t help but notice the pockets of resistance and doubts forming around the effectiveness and reliability of the Sidechain. And these are majorly attributable to its reliance on the federation of signees as custodians of the locked coins. Only time will tell if this will change once RSK migrates to verification by merge-miners.