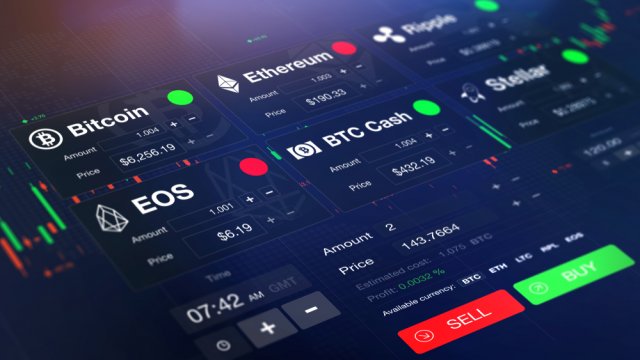 The cryptocurrency market has spent the past 24 hours trying to find a level to consolidate at after dropping in price due to the lack of bull pressure. Bitcoin is currently trading for $8,770, which represents a decrease of 6.11% on the day. Meanwhile, Ethereum lost 4.74% on the day, while XRP lost 5.89%. 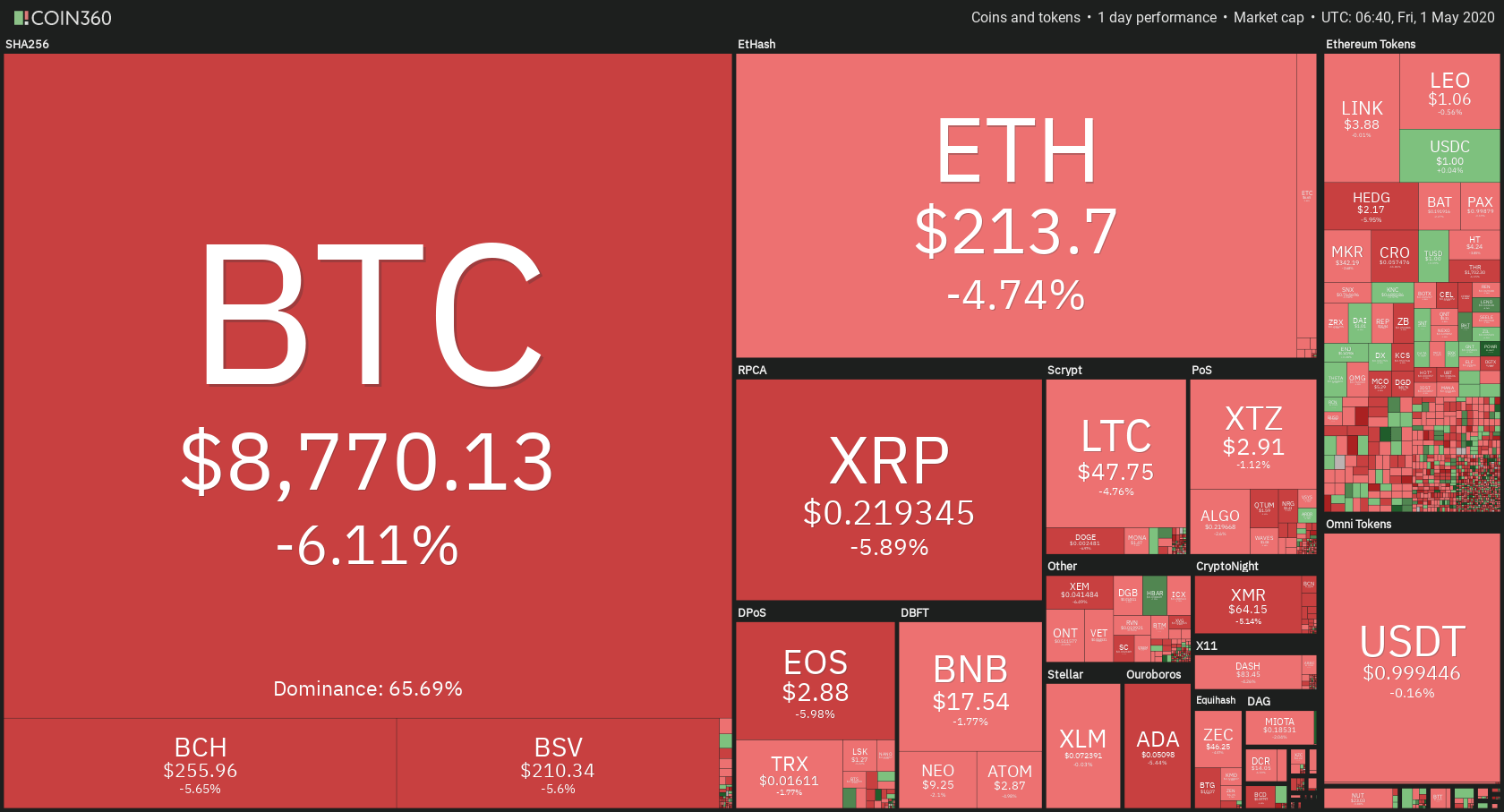 Bitcoin’s dominance increased another half a percent from yesterday’s dominance levels. Its value is now 65.69%, which represents a 0.5% difference to the upside. 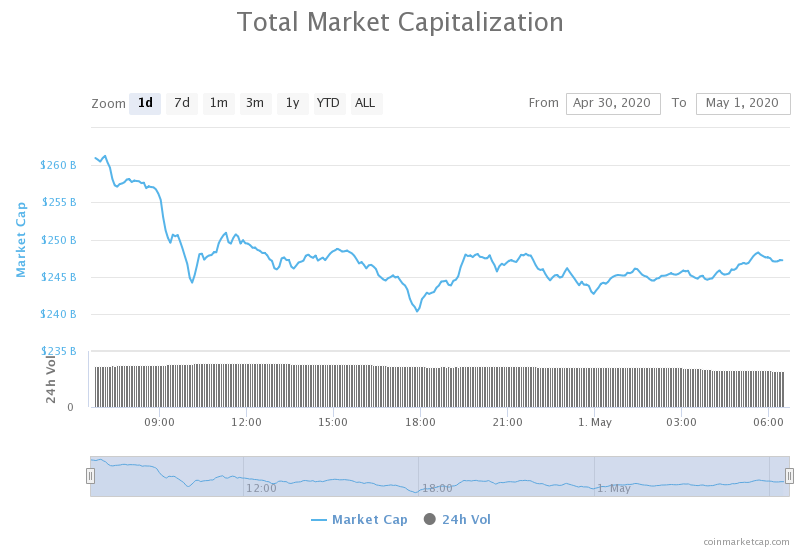 The cryptocurrency market capitalization decreased when compared to yesterday, with its current value being $247.55. This value represents a decrease of $3.25 billion when compared to the value it had yesterday.

The first FINMA licensed cryptocurrency bank, Sygnum Bank, has made an announcement on April 30 that Ripple’s XRP token is now available through its platform. Users can deposit, exchange, as well as credit services using the third-largest cryptocurrency.

Sygnum Bank customers can use fiat deposits such as the Swiss franc, the US Dollar, the Euro, the Singapore dollar, to buy, hold as well as trade XRP tokens on the Sygnum platform.

The largest cryptocurrency by market cap spent the day retracing and looking for a place to consolidate at. After a bull run which brought its price above $9,000, the price had to retrace in order for the price increase to be considered “healthy”. BTC initially dropped all the way to $8,400, but recovered and started its consolidation phase within a range bound by $8,650 to the downside and $8,820 to the upside. This is the time for traders that like range-trading to play around the support and resistance levels that bitcoin is bound by.

BTC’s volume decreased drastically in the past few candlesticks as the sharp moves subsided. Its RSI has also left the overbought area.

Ethereum’s chart looks awfully similar to Bitcoin’s chart for the past few days. They acted almost exactly the same when it came to rising in price, retracing, and then consolidating. The second-largest cryptocurrency by market cap fell from its $225.5 highs to around $200 before going back up and consolidating at the ~$215 level.

Ethereum’s volume started normalizing after the sharp moves, while its RSI left the overbought territory with the current value of 59.

XRP lived through the same fate through the past 24 hours, where it reached new highs, retraced hoping to find stable support, and then started its consolidation phase. The third-largest cryptocurrency by market cap dropped from its $0.235 highs all the way down to $0.208 before going above the $0.214 level yet again.

XRP’s volume normalized after the explosive moves, while its RSI dropped to the value of 58, therefore leaving the overbought zone.