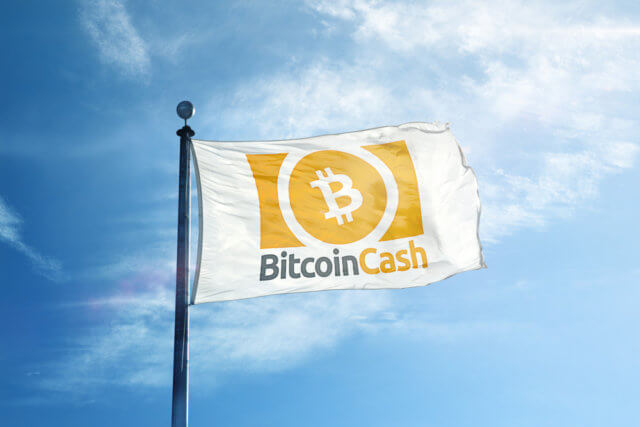 The cryptocurrency market established its position after the gains it made yesterday. Bitcoin is currently trading for $7,338, which represents an increase of 0.76% on the day. Meanwhile, Ethereum gained 0.42% on the day, while XRP gained 1.33%. 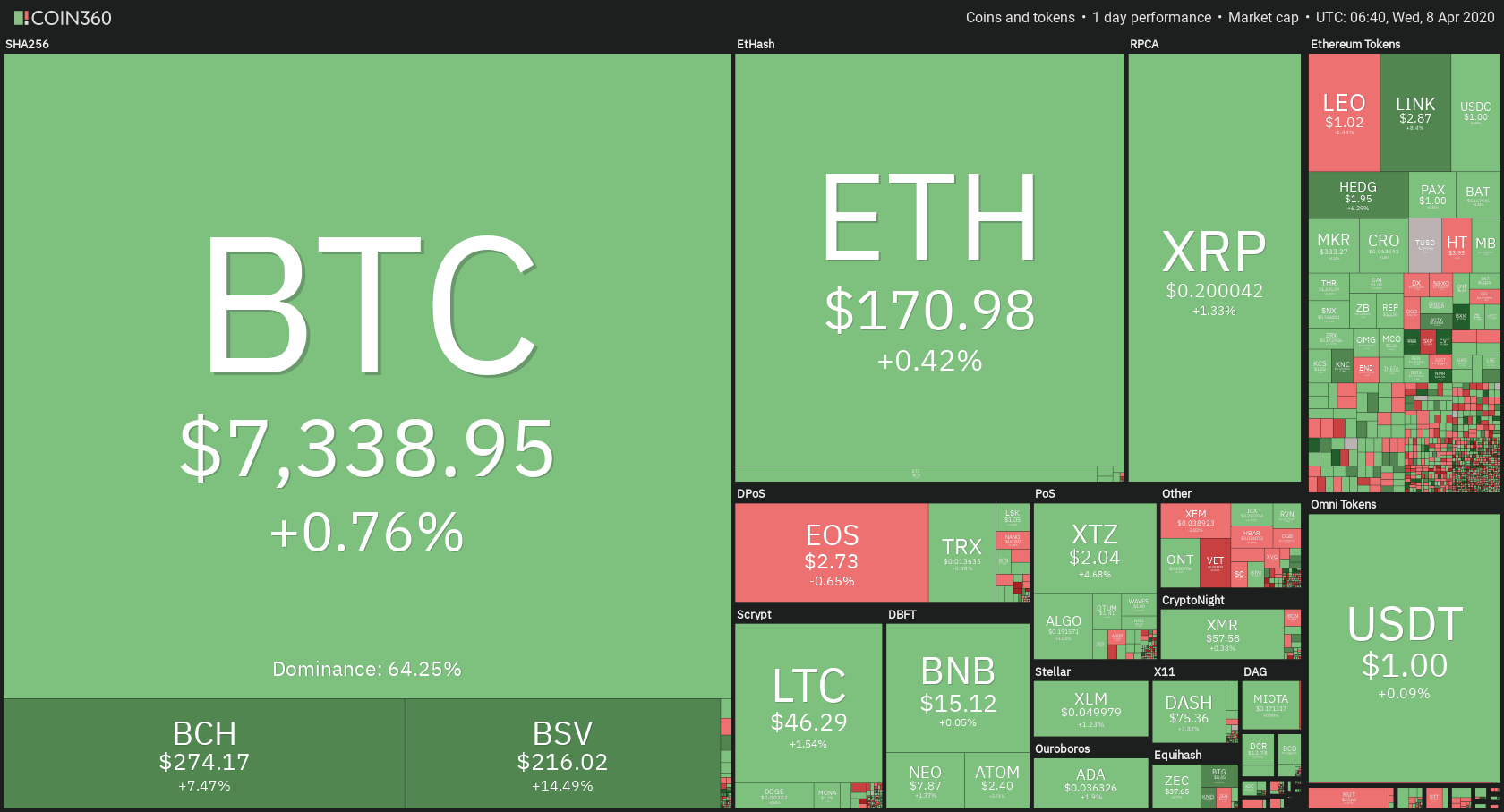 Bitcoin’s stayed at the same place dominance-wise. Its value is now 64.25%, which represents a 0.1% difference to the downside when compared to yesterday. 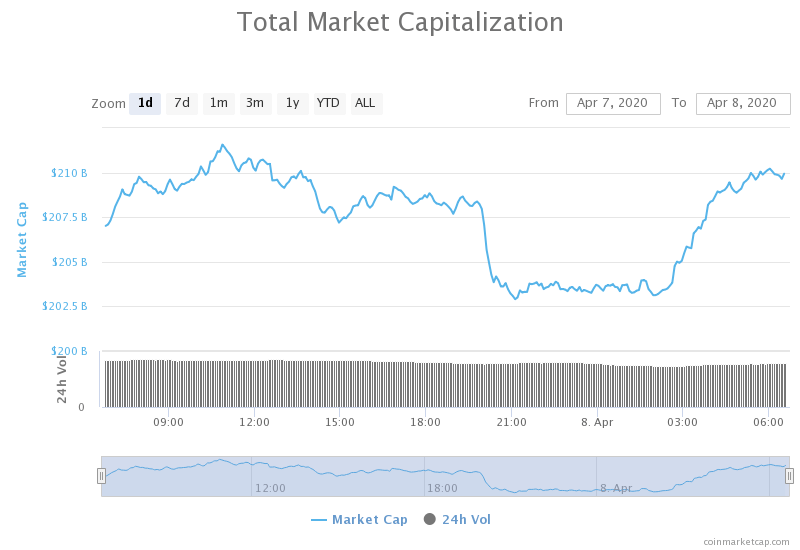 The cryptocurrency market capitalization increased over the past 24 hours. Its current value is $209.34 billion. This value represents an increase of $4.65 billion when compared to the value it had yesterday.

Twitter CEO, as well as the founder of Square Jack Dorsey, has started a fund, which will help with fighting COVID-19. The fund is called Start Small LLC. Dorsey is seeding the fund with $1 billion, which is roughly 28% of his wealth.

Bitcoin Cash will complete its block reward halving in the next 9 hours, with Bitcoin Satoshi’s Vision following shortly after.

Bitcoin has spent the day consolidating and testing the upside and downside relative to the level it is in right now. The largest cryptocurrency tried to break the $7,420 resistance level many times, but with no success. It also tested the $7,085 level once again, but the bulls quickly reacted to the price going down and jumped in to help stabilize the market.

Bitcoin’s volume is slightly lower than yesterday, while its RSI dropped out of the overbought territory and is now at the value of 64.

Ethereum spent the past 24 hours fighting to stay above the $168 level. After a sharp increase in price, ETH dropped down from $176 to $162. However, the ETH bulls jumped in and brought the price above the $168 resistance level, making it support.

Though Ethereum’s volume reduced by quite a bit, it is still elevated compared to the previous week. Its RSI level is currently at 69.

XRP’s volume is just slightly lower when compared to yesterday, while its RSI level is at 67.