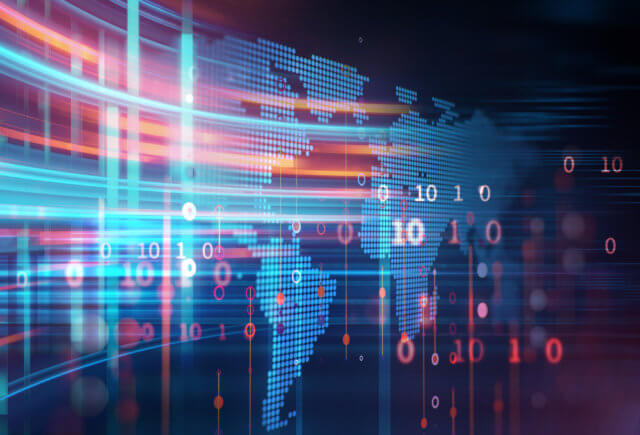 On the forex front, the U.S. dollar weakened against its major peers, with the ICE Dollar Index dropping 0.8% on the day to 99.91. Later in the day, the U.S. Federal Reserve will release its latest monetary meeting minutes. Whereas, the Bank of France will report Industry Sentiment Indicator for March (90 expected).

The EUR/USD rebounded 0.9% to 1.0895, snapping a six-day decline. Official data showed that German industrial production grew 0.3% on month in February (-0.8% expected). Previously, an uptick in German’s industrial production for February may not provide support to the EUR/USD because the futures tied to the S&P 500 futures are starting to reporting a 0.60% drop and will likely draw bids for the greenback during the day ahead.

Today, the European data docket is light, so apart from this, Federal Reserve’s March meeting minutes will be key to watch, which are scheduled to release at 18:00 GMT. While on the technical side, the immediate bias would remain bearish in the pair until the hourly chart descending trendline drawn from overnight highs is intact.

Looking at the 4-hour timeframe, the EUR/USD is trading within a symmetric triangle pattern, which is keeping the pair within 1.0922 – 1.0765 trading zone. Right now, the pair is trading at 1.0858, having an immediate support level of around 1.07990 and 1.0765. The EUR/USD violated the support level of 1.085, which is now working as a resistance. A bearish breakout of 1.07990 level may extend selling bias until the next support level of 1.0650 while the MACD has crossed over 0, converting the bearish sentiment into bullish.

We can’t fully really on the MACD right now as the lack of trends in the market is causing its value to toss above and below 0, signaling a neutral bias. But the 50 periods exponential moving average is also keeping the EUR/USD in a bearish mode, extending an immediate resistance around 1.08856. So, let’s consider taking selling trades below 1.091 to target 1.0775 and bullish above the same to target 1.0946 today.

The GBP/USD bounced 0.9% to 1.2340. The pair doesn’t seem to show much interest as the death toll from the coronavirus increased by 621 to 4,934. The total number of confirmed infections rose to 47,806. Apart from the coronavirus intensifying concerns, the GBP currency could remain bearish in the European trading hours, mainly due to the sluggish data. As in result, the U.S. 10-year Treasury yields remain flashing green around 0.68% with major Asian stocks marking gains.

At the Brexit front, the European Union and many others are forcing the Tory administration for the delay in the Brexit deadline while Cabinet Office Minister Michael Gove showing a willingness to leave talks unless there was a broad outline of a deal.

At the USD front, the U.S. Dollar taking bids on the day, as the S&P 500 futures slumped by 0.5%, indicating the risk-off sentiment in the global market after New York reported 731 deaths from coronavirus on Monday- the biggest daily rise. On the other hand, Spain’s daily losses of coronavirus deaths also increased for the 1st-time in 5-days.

Looking forward, investors will keep their eyes on every incoming detail about the virus for fresh direction. Moreover, Brexit headlines will also key to watch as the EU-UK policymakers are finalizing the timetable for further Brexit talks in April and May.

During Wednesday’s early Asian session, the USD/JPY currency pair flashing green and struggles to cross above the 109.00 level mainly due to the latest recovery in the U.S. Dollar in the wake of the risk-off market sentiment. Whereas, the fresh bid in the safe-haven Japanse yen is one of the key factors behind the limit to the pair’s gains.

Right now, the USD/JPY pair is trading at 108.81 and consolidates in the range between the 108.50 – 109.00. Yesterday’s risk-on sentiment extended to Europe due to the optimism that the pace of new COVID-19 cases may be slowing, but the U.S. markets were failed to hold. Despite this, the U.S. Secretary of Housing said there are signs that COVID-19 cases in the U.S. could level out sooner than predicted.

At the USD front, the U.S. Dollar taking bids on the day, as the S&P 500 futures slumped by 0.5%, indicating the risk-off sentiment in the global market after New York reported 731 deaths from coronavirus on Monday- the most prominent daily rise. On the other hand, Spain’s daily losses of coronavirus deaths also increased for the 1st-time in 5-days.

At the U.K. front, the Foreign Secretary looking confident about the UK PM Boris Johnson’s health and said that he would recover from pandemic while describing him as a “fighter.” Moreover, Japan’s Prime Minister Abe has announced a state of emergency in Tokyo and 6-other provinces. He plans to control the economic fallout of COVID-19 as well as a substantial fiscal stimulus package. The package, worth ¥16.5trn, equates to 20% of GDP. Consequently, the USD/JPY currency pair is moving nowhere as investors seem confused about whether to buy USD/JPY over a stronger dollar or sell over the increased safe-haven appeal.

As we can see on the 4-hour timeframe, the USD/JPY’s symmetric triangle pattern still remains intact, perhaps due to a lack of high impact economic events in the market. The USD/JPY is trading choppy above and below 108.884, and it’s strictly following a narrow trading range of 108.650 – 107.250. With that being said, the USD/JPY’s immediate support is likely to be found around 108.700. On the 4 hour timeframe, the Japanese pair has closed a bullish engulfing candle over 50 EMA, which is suggesting odds of more buying in the USD/JPY currency pair.