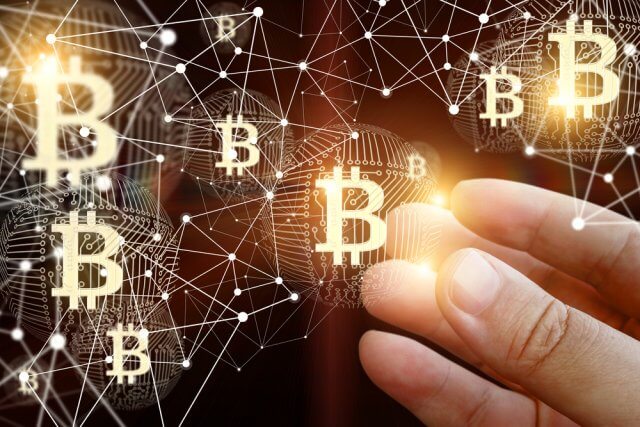 The cryptocurrency market continued its past moves by slowly going towards the upside. Bitcoin is currently trading for $7,809, which represents an increase of 1.48% on the day. Meanwhile, Ethereum gained 2.74% on the day, while XRP gained 10.32%. 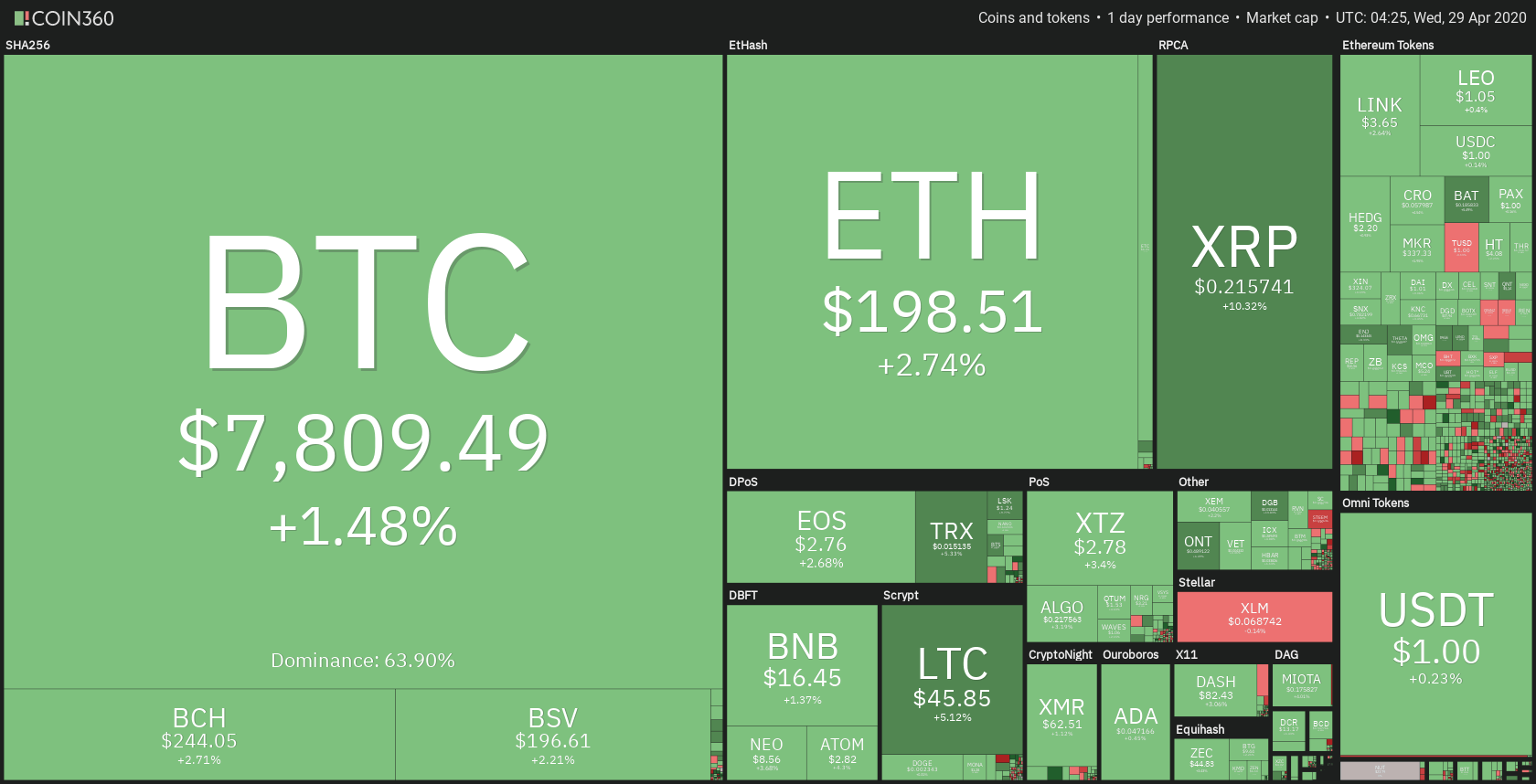 Bitcoin’s dominance increased slightly compared to yesterday’s dominance levels. Its value is now 63.90%, which represents a 0.53% difference to the upside. 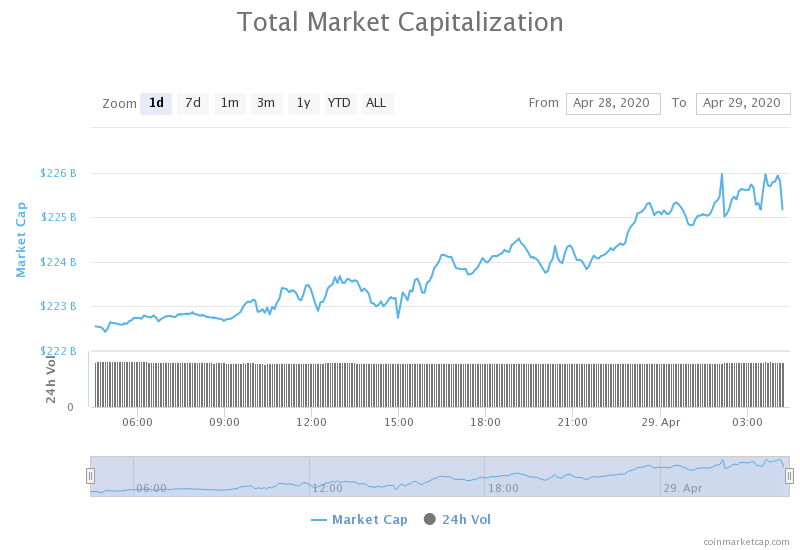 The cryptocurrency market capitalization pretty much stayed at the same place when compared to yesterday, with its current value being $224.88. This value represents an increase of $2.38 billion when compared to the value it had yesterday.

Glassnode’s data shows that the number of network addresses that hold at least 0.1 BTC continued growing throughout time, signifying a great increase in interest for Bitcoin. The numbers keep going up, passing 3,010,784 on Monday.

The number of addresses began to increase drastically around mid-February. 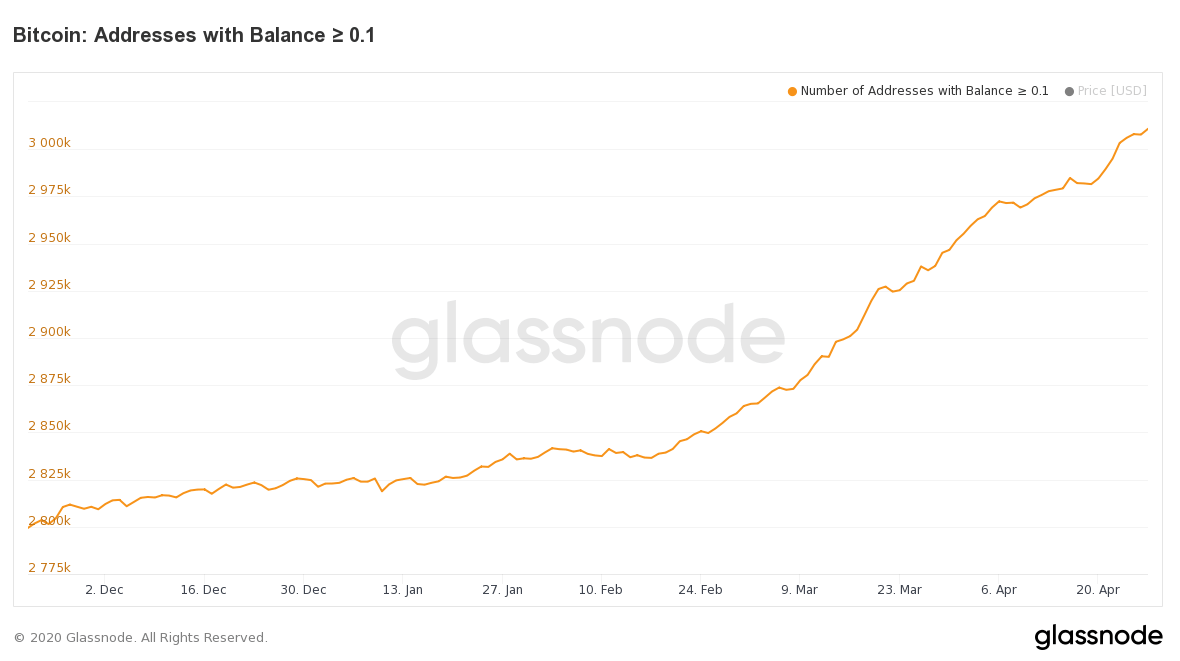 The largest cryptocurrency by market cap continued its slow move towards the upside along the ascending channel. Yesterday’s consolidation tested the downside of this channel, which kept up nicely and propelled the price up. In the meantime, Bitcoin passed the $7,750 resistance level and continued to move up.

BTC’s volume stayed steady over the course of the day, while its RSI level is currently dangerously close to the overbought area on the 4-hour time frame.

Ethereum was stuck within a range bound by $193.6 to the downside and $198 to the upside for the majority of the day. However, the past couple of hours brought additional bull support, and Ethereum is now breaking this level. The price is currently above $198, but it will take some more time and testing to confirm the level breaking.

Ethereum’s volume was on the same level as it was the previous couple of days, while its RSI level started increasing. It is currently at a value of 62.5.

XRP had a massive uptick that brought its price from $0.1965 all the way up to $0.2185. The move was accompanied by massive volume. This uptick broke through $0.2 as well as $0.205 resistance levels, stopping above (and retesting) the $0.214 level, which wasn’t really acknowledged since early March 2020.

XRP’s massive price increase brought its RSI level to overbought levels on every single time-frame. Its value on the 4-hour time-frame is currently sitting at 78.5. The $0.214 level will not be included in the “key level” section yet due to the uncertainty of it maintaining relevance.