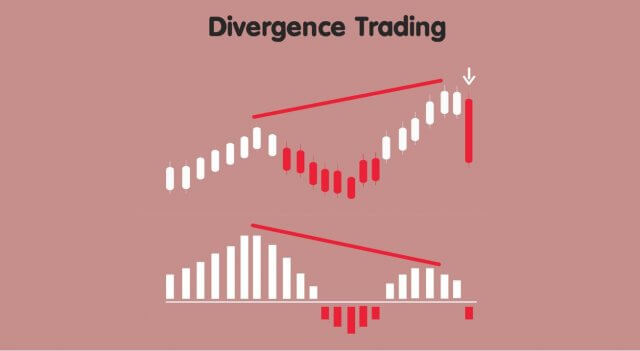 There are several types of technical traders in the forex industry. Some trade based on price action while some trade using indicators. Price action traders typically do not use any indicator, but the Divergence is an exception to it. Divergence is an indicator concept that can yield immense risk to reward if used correctly. It is a powerful tool that helps traders catch the absolute peak and trough of the market.

Divergence can be found by comparing the price action on the charts with an oscillator indicator. Typically, Divergence is formed in trending markets. That is, they occur in markets that move making higher highs and or lower lows. 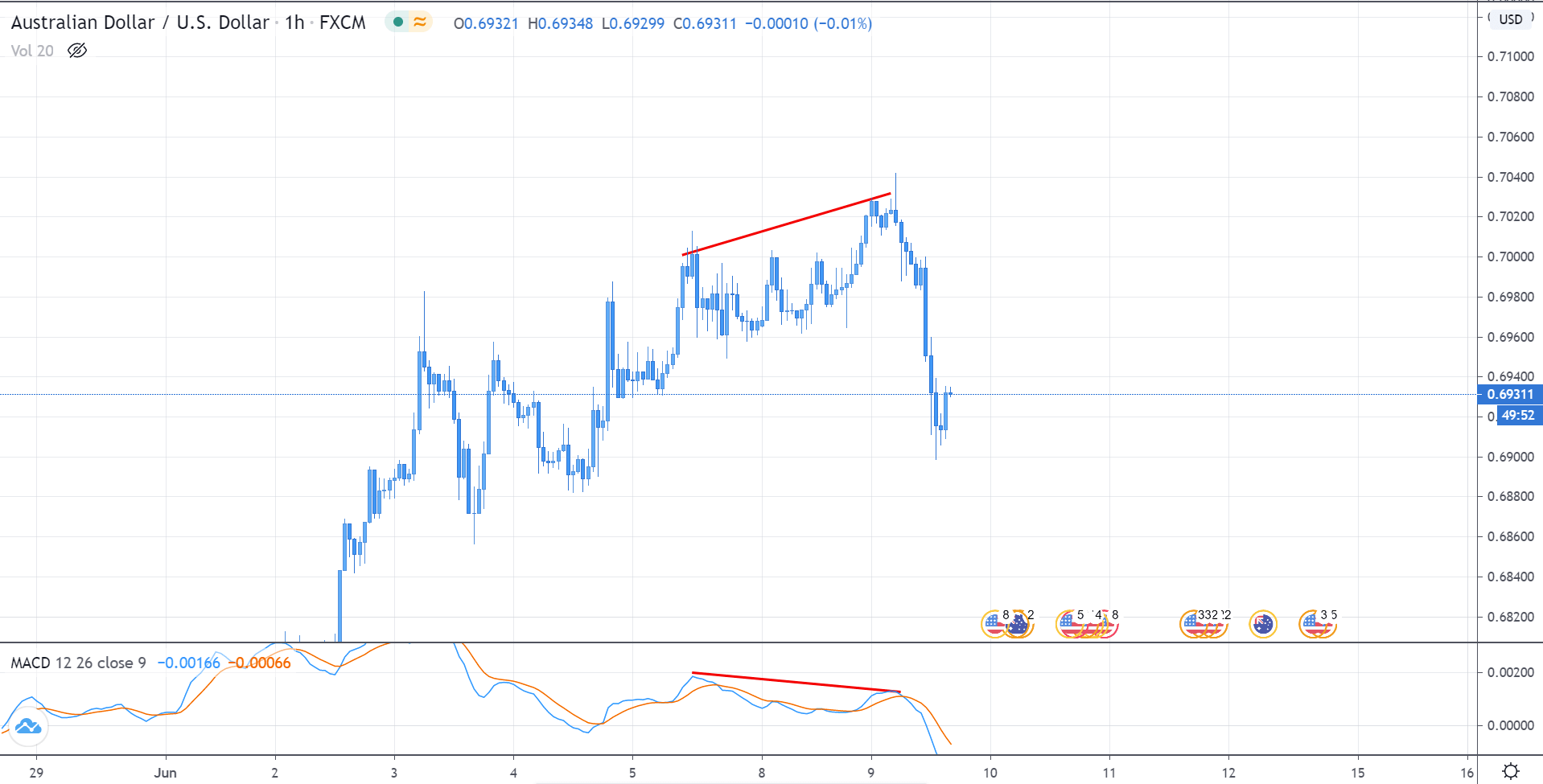 Divergence is used to signify that there is something not right in the market and the uptrend. In an uptrend, for instance, the market breaks above the recent resistance (high), makes a new high, retraces to the Support & Resistance level, and continues the same cycle. But when the market makes a higher high with Divergence, there is a high possibility that the market might not hold at the S&R level. The market could reverse or might drop slightly below the S&R and then continue the uptrend.

Divergences can be identified using oscillator indicators. An oscillator, going by the name, moves between two levels – overbought and oversold. Typically, a level above 70-80 is considered overbought, and a level below 20-30 indicates an oversold market.

Following are the most commonly used indicators to identify Divergence

Based on the direction of the market, there are two types of Divergence:

This is the most used type of Divergence and very easy to spot. They are found at the top or bottom of a trend and are used to give a reversal signal. Regular Divergence can again be split into two types: Bullish Divergence | Bearish Divergence.

Hidden divergences are relatively trickier to spot. Converse to regular Divergence, hidden Divergence is used for a trend continuation indication. They are typically found in the middle of a trend. Hidden divergences, too, can be divided into two types: Hidden Bullish divergence | Hidden Bearish Divergence.

That’s about the introduction to divergences. In the next lesson, we shall elaborate on each of the divergence types.