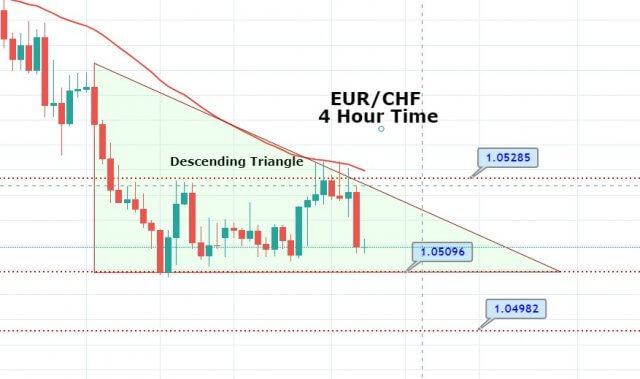 The USD/CHF pair seems to be trading sideways within a narrow trading range of 0.9520 – 0.9510 aimed at increased risk sentiment. The reason for the soured risk sentiment could be attributed to the statement that the Dragon Nation recently imposed strict measures on air travel to stop outbreak 2.0 and planned to impose further lockdown restrictions as the new coronavirus cases rose above 557 far.

On the other hand, Japan, the U.S., and Germany also reported fresh cases that eventually fueled the concerns of pandemic wave 2.0 and exerted some downside pressure on the risk sentiment and benefited the safe-haven Swiss Franc.

On the other hand, the Indian and China faced some critical crisis, and both parties suffered losses in the fight at a disputed Himalayan border area, which also exerted additional burden on the risk-off momentum. The tensions between the border of North Korea and South Korea also escalated and added to the risk-off market sentiment.

The broad-based U.S. dollar took bids on the day at the USD front, mainly after the U.S. retail sales rose more than expected from 7.9% in May to 17.7%. The U.S. dollar was further supported by the new risk-off market sentiment triggered by the intensified odds of pandemic wave 2.0. However, the U.S. dollar strength provided some support to the USD/JPY pair to recover its early-day losses. The market traders will keep their eyes on the release of the U.S. housing market data, Building Permits, and using Starts. As well as, the Fed Chair Jerome Powell’s second day of testimony will be key to watch, which might influence the USD price dynamics and produce some meaningful trading opportunities around the USD/CHF pair.


The USD/CHF is facing an immediate resistance of around 0.9520 level, and closing of recent Doji candle below 0.9520 suggests the chances of selling in the pair. On the higher side, resistance is likely to be found around 0.9640 level; however, the downward trendline is placing a bearish pressure on the USD/CHF pair today. Let’s consider selling below 0.94861 today.