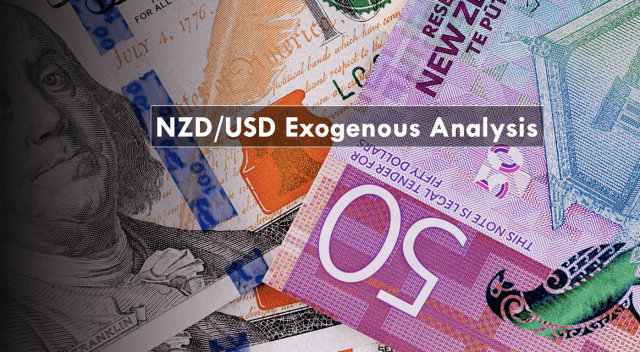 To effectively compare the US and the New Zealand economies, we will conduct exogenous analysis using the following fundamental aspects;

The US and New Zealand balance of trade difference

A country’s participation in international trade tends to determine the demand for its domestic currency. If a country is a net exporter, its currency will be in high demand in the forex market, increasing its value against other currencies.

GDP growth differential in the US and New Zealand

GDP growth differential is the difference between the rate at which the US and New Zealand economies are expanding. It will help to show which economy is growing at a faster pace hence impacting the exchange rate between the two countries. A country whose GDP is expanding faster will enjoy favorable domestic macroeconomic conditions. Hence its currency will appreciate.

In Q3 of 2020, the New Zealand GDP contracted by 12.2% while that of the US expanded by 33.1%. That represents a GDP growth rate differential of 45.3%. If this trend continues, we should expect that the USD will strengthen against the NZD hence a bearish NZD/USD pair.

Based on our correlation analysis, we assign the GDP growth differential between the US and New Zealand a score of -4.

The US and New Zealand interest rate differential

The interest rate differential is the difference between the prevailing interest rates in New Zealand and the US. The country with a higher interest rate tends to attract more capital, inceasing the value of its currency.

Based on the correlation with the price of the NZD/USD pair, we assign a score of 1. 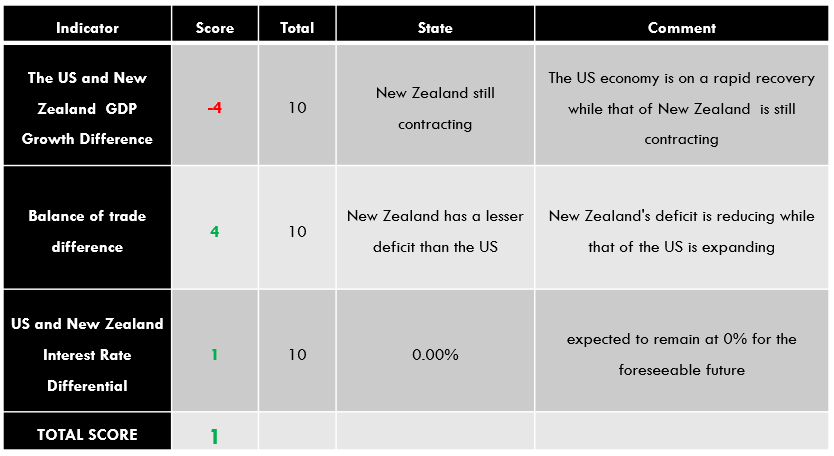 The NZD/USD pair has an exogenous score of 1. That means we should expect that the pair will continue on a mild bullish trend in the short-term. Note that this trend is also supported by technical analysis. 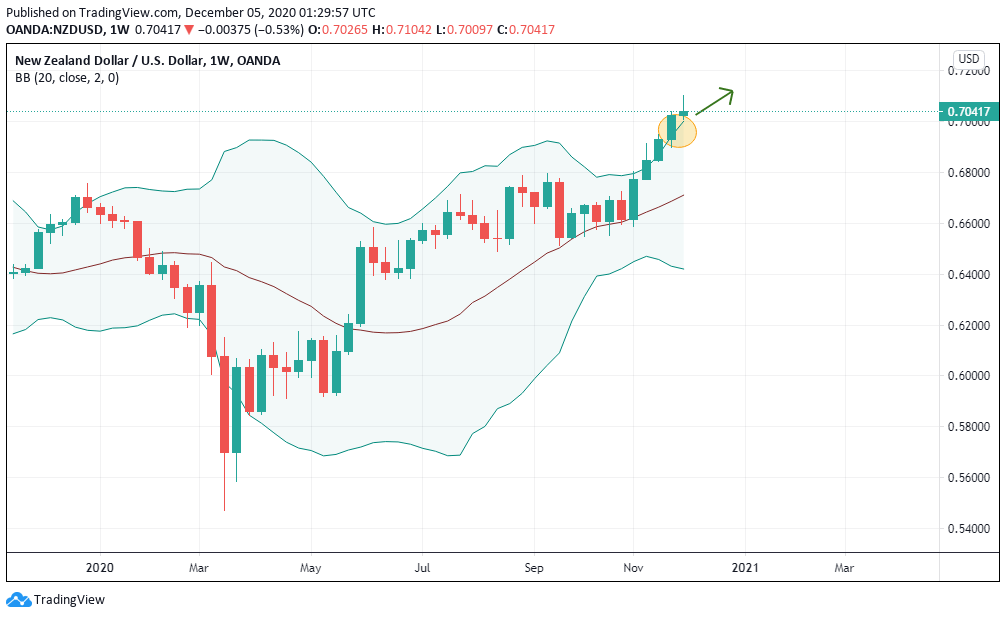 As seen in the above 1-week chart, the NZD/USD has successfully breached the upper Bollinger band indicating bullish momentum. This supports our fundamental analysis, as well. All the best.