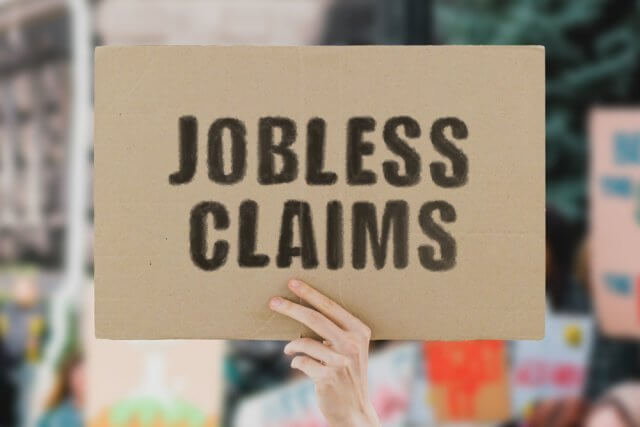 What is the Initial Jobless Claims report?

Jobless claims report comes directly from the United States department of labor, AKA. DOL. The department of labor is an executive branch of the United States Federal government and is mainly responsible for monitoring and promoting employment, employee welfare, improving employee wages, and helping them to claim their employment benefits. To do so, it enforces the main Federal laws and regulations.

The United state has a provision for providing insurance for those who are unemployed. In the year 1935, this policy came into implementation. Although it does not mean that every unemployed person is eligible, it has certain criteria. Insurance is provided to the people who have worked for a certain period and have recently lost their job due to factors that do not directly involve them.

For example, seasonal layoffs or business closure, the unemployment compensation insurance is applicable. The payment of compensations is for about 20-26 weeks, which may vary from state to state. The amount is usually a percentage of their most recent average wage for the year.

How is the Initial Jobless Claims calculated?

Although many citizens apply for the benefit, it necessarily does not represent all the eligible people. Because, it is just a claiming, which will be either considered valid or invalid by the respective departments later.

Is the Initial Jobless Claims important?

When trying to assess the importance of the Initial Jobless Claims report as an economic indicator, there are many things we need to keep in mind.

The report does not cover the entire population. Not all people who are eligible for benefits apply for the same. Many people who are not eligible for the benefits will also apply. Also, the report is very volatile from week to week and is also a function of seasonality.  Hence, A four week moving average of the Initial Jobless Claims report irons out this volatility.

Below is a snapshot of the initial jobless claim report for the period of January- 2018 to February-2020. As we discussed, the numbers are very volatile, which makes it one of the ‘not-so-easy to decode’ economic indicators.

An increase in the Initial Jobless Claims report numbers relative to the previous numbers tells that more people have lost a job in the recent time. This has been historically associated with times of GDP contraction and economic stagnation. In other words, it indicates the beginning of an upcoming recession. A conversely significant decrease in the report occurs when the economy is coming out of recession and progressing towards economic growth (GDP expansion).

How can the Initial Jobless Claims Report be Used for Analysis?

The Initial Jobless Claims can act as abridge towards assessing the unemployment rate or the employment situation report (which are released monthly). The frequency of the report is the main advantage in comparison to other indicators. Because it allows interested people to get the most current economic situation. As mentioned, it can give us an idea about economic health two to three weeks before the employment reports that are released monthly.

Some Forex traders who are looking to buy or sell the US dollar can use this report for the most recent data in this regard. Higher the number, lesser is the confidence in the economy’s strength and vice versa. But in general, this is a minor indicator in comparison to the monthly reports, which are complete, thorough, and consistently reliable as they cover a greater section of the nation’s population.

Overall the Initial Jobless Claims report is a cruder and rudimentary indicator and is not robust or consistent at all times. But to some extent, it can reflect the direction in which the economy is heading. It may not be easy for us to know the minor movements in the economy accurately, but major movements get definitely reflected. In such cases, the Initial Jobless Claims report can also act as one of the main leading indicators to predict any oncoming recession or expansion of the economy.

You can also find the same indexes diversified and other related categories like Continued claims etc. on the St. Louis website.

After understanding the definition and significance of Initial Jobless Claims as an economic indicator, we are ready to find out the impact of the same on the currency. As we know that Initial Jobless Claims measures the number of individuals who filed for unemployment insurance for the first time during the week, and the impact is said to vary from week to week. A higher than expected reading is considered to be negative for the currency while a lower than expected data is taken as positive. The data has a moderate to high impact on a currency that causes a fair amount of volatility in the pair.

The below image shows the previous, forecasted and actual number of people who filed for unemployment insurance for the third week of March. We can see that the Jobless Claims were much higher than before with a rise in 70K people. From prerequisite knowledge, this should be extremely negative for the economy and hence the currency, but let us examine the reaction of the market.

We start our analysis with the USD/JPY currency pair, where we notice a strong uptrend, which a result of excessive buying interest of US dollars. The strength in the US dollar could be due to another fundamental factor that is driving the currency higher. Technical analysis tells that when the market is trending strongly in one direction, we need to wait for a retracement to join the trend or wait for market reversal patterns. Hence, before the news announcement, we do not find any suitable way to position ourselves in the market.

After the Initial Jobless Claims are announced, volatility increases on both sides but finally closes in the form of ‘Doji’ candlestick pattern. Even though the data was very bad, it was bad enough to cause a reversal in the market. After looking at the market reaction, we can say that the data created confusion among traders as the market consolidates after the news release. Since the Unemployment data did not cause the price to break key levels of support and resistance, the uptrend is still intact. Therefore, one can enter for a ‘buy’ after an indication from an important technical indicator.

The above images represent the GBP/USD currency pair, where we witness a strong downward move on the previous day before the news release. After the big move, market moves in a range, and just before the announcement, the price is at the ‘support’ area. This means traders who are optimistic about the Unemployment data can position themselves on the ‘long’ side with a strict stop-loss below the support.

After the news announcement, we hardly notice a change in volatility, and the candle again forms an indecisive pattern. Since the Jobless Claims data did not cause any drastic change in volatility, traders can enter for new ‘long’ positions or hold on their existing ones and should compulsorily exit at the nearest resistance.

The GBP/USD currency pair shows similar characteristics as that of the USD/JPY pair, where before the news announcement, the market is in a strong uptrend. In such market scenarios, we essentially cannot position ourselves on any side of the market as we don’t have any technical factors supporting our trade. Therefore, it is wise to wait for the news release and then act based on the data.

After the Initial Jobless Claims numbers were announced, we see an increase in volatility but with no bias. It results in the formation of an ideal ‘Doji’ candlestick pattern with wicks on both sides and small body. Since the market did not collapse, we can conclude that the data was not damaging to the US dollar. From the trading point of view, we cannot enter for ‘buy’ even after the news release as technically, we need a retracement before we join the trend.

That’s about ‘Initial Jobless Claims’ and its relative news release impact on the Forex price charts. If you have any questions, please let us know in the comments below. All the best.