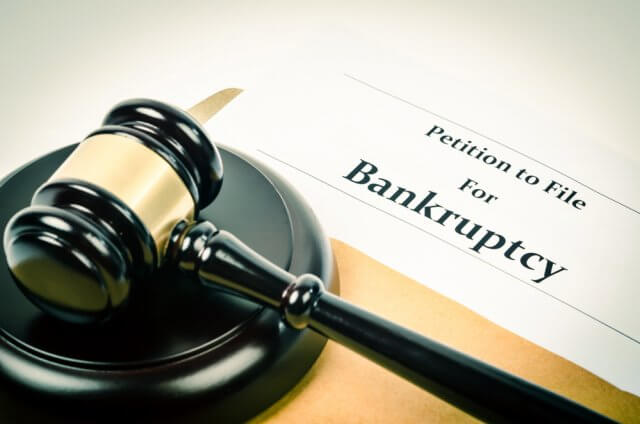 A bankruptcy on paper and in reality differ in several meaningful ways. The short and long-term implications both have to be fully taken into the picture before forming an opinion or drawing any inference from the Bankruptcy statistics. Contrary to popular belief, it is not as bad as it sounds and is more frequent for businesses to file for bankruptcy as a means to reset their business to become profitable. Correctly understanding bankruptcy, its implications, and its statistics can help us make better trade decisions in the long run.

The bankruptcy process starts when a petition is filed by the debtor or the creditor, although it is more common for the debtors to file for bankruptcy. Successful processing of a bankruptcy petition can benefit the debtor to be discharged of their debts, thus giving them the freedom from the overburdening debts and restart.

When a bankruptcy petition is processed, the assets of the debtor are evaluated, and an appropriate portion may be allotted to repay the creditors. Whether all of the assets are sold off to repay debt or not depends on the types of bankruptcies filed. Many a time, creditors may need to reorganize the debt to allow the debtor to pay off the debt in smaller installments over three to five years.

How can the Bankruptcies numbers be used for analysis?

On paper, all this may seem favorable to the debtor offering immediate relief from the overwhelming debts.  The debtor may not be required to pay at all if the debtor does not have assets or income or at least greatly waive off their debt installments. Successful proceeding of a bankruptcy petition can partially or entirely waive off debts for a chance to save your home or business from going-under.

Such an exemption comes at a cost, though. As mentioned, on paper, it seems like a favorable option for the debtor in a tight spot, but in the long-run, it has far-reaching implications. If a debtor is filing bankruptcy, chances are, their credit score has already gone wrong due to failed payment dues in past months. When the bankruptcy is filed, it will stay on the record of that individual or company for ten years. In this process, the credit rating goes low, and a remark of bankruptcy on record prevents you from being eligible for future credits, loans, mortgages, or even credit cards.

When lending sources are all cut off, then it is challenging for both individuals and businesses to become profitable. Some may even end up borrowing from sources where interest rates are much higher than the standard rates, ending up in deeper trouble than before.

From a macroeconomic perspective, bankruptcy filing gives both the debtors and creditors a fresh start by allowing debtors to be eligible for credit and creditors to recover some portion of the credit. Having such a system that can accommodate failures of individuals and companies is a sign of a fair and inclusive economy that embraces and tolerates both ups and downs of individuals and businesses.

From a purely business and growth perspective, increasing bankruptcy cases is just plain bad for the economy as it indicates businesses are shutting down, and people are losing jobs. Both of those scenarios do no good for the economic growth and contribute negatively to both growth and consumer & business sentiment within the nation. Filing of bankruptcy thrashes the equity market performance of corporations as investors lose confidence in the business.

Recessions, war-times, or times like global pandemic observe an increasing number of bankruptcy cases indicating that the economy is not faring well. Hence, from an economic standpoint, the “fewer the better” would be the goal for a prosperous economy.

Filing Bankruptcy is often the last resort for the debtor when all other options are closed. Hence, the bankruptcy statistics are backward-looking or a lagging indicator confirming an ongoing past trend which could have been deduced from the past poor performance. Bankruptcy statistics would then be useful for economic analysts for analysis but does not serve as a useful indicator either for the equity or the currency markets. Hence, bankruptcy figures could be overlooked for other leading macroeconomic indicators for the currency markets.

The US Courts maintain bankruptcy filings records on its website.

The OECD Bankruptcy statistics are also helpful for quick reference of the OECD member countries.

Estimating the exact impact of bankruptcies on an economy is hard to quantify. Since the bankruptcies data is released quarterly, its impact on the forex market tends to be negligible because the data is backward-looking. The most recent data was released on June 30, 2020, at 8.00 AM ET and can be accessed from the United States Courts website here. The historical bankruptcies’ data in the US can be accessed at the Trading Economics website.

The screengrab below is from the quarterly bankruptcies’ data from Trading Economics.

As can be seen in the above 15-minute EUR/USD chart, the pair was trading on a weak downtrend. This trend can be affirmed since the 20- period Moving Average is decreasing in the steepness of its decline with candles forming closer to it.

After the release of the bankruptcies data, the pair formed a 15-minute “hammer” candle. This pattern indicates that the USD became weaker against the EUR. This trend is contrary to the expectations since the number of bankruptcies had declined from the previous quarter. The pair adopted a bullish stance with the candles crossing above a now rising 20-period Moving Average.

The GBP/USD pair showed a similar weakening downtrend trend as observed with the EUR/USD pair before the release of the bankruptcies data. The 15-minute candles can be seen, forming closer to the 20- period Moving Average, whose downward steepness is decreasing.

After the news release, the pair formed a 15-minute bearish “Doji star” candle. Similar to the EUR/USD pair, GBP/USD  adopted a bullish stance with the candles crossing above a now rising 20-period Moving Average.

Unlike the downtrends observed with the EUR/USD and the GBP/USD pairs, the AUD/USD traded within a subdued neutral trend before the bankruptcies data release. The 15-minute candles were forming around an already flattened 20-period MA. After the data release, the pair formed a 15-minute bullish “Doji star” candle. It later traded in the same bullish pattern as observed in the other pairs.

In the current age of the coronavirus pandemic, data on bankruptcies provide a vital indicator of the economic conditions. However, in the forex market, these data do not carry much significance, as shown by the above analyses.