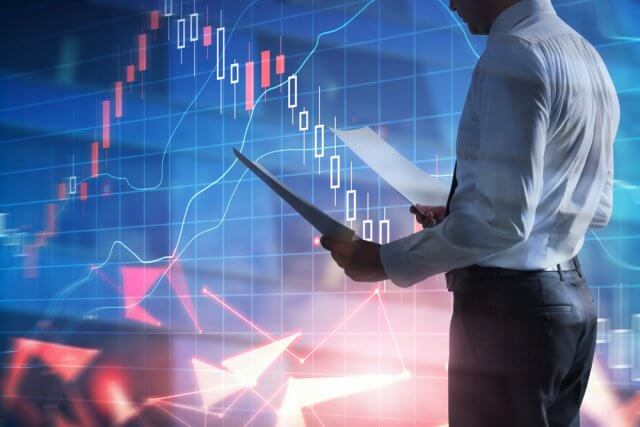 On the news front, the eyes will remain on the German Industrial Production m/m and ECB President Lagarde Speaks. Both of these may have an impact on the Euro related currency pairs.

The EUR/USD pair was closed at 1.12911 after placing a high of 1.13835 and a low of 1.12781. Overall the movement of EUR/USD remained bearish throughout the day. The EUR/USD pair rose to 1.13835 near 13-weeks highest level but failed to remain there and broke its nine days bullish streak and fell on Friday amid U.S. dollar strength across the board after the release of US Non-Farm Employment Change.

The pair EUR/USD was on bullish track after the announcement of an additional 600 billion euros in the emergency package from the European Central Bank on Thursday. The package was announced to cover up the losses faced after the coronavirus induced lockdowns across the globe and its impact on the global economy.

The additional 600 billion euros by ECB in its pandemic emergency purchase program (PEPP) made the total size of aid provided after the coronavirus crisis to 1.35 trillion euros. ECB also said that the updated forecast about GDP showed a contraction of 8.7% this year, and the inflation expectations were to rise by 0.3% this year and 0.8% in next year. EUR/USD moved in an upward direction after the ECB’s PEPP announcement and continued to follow the trend in early sessions on Friday and rose above 13-weeks higher level.

However, after the release of US Non-Farm Employment Change, the pair EUR/USD started to move in the opposite direction at the ending day of the week. At 17:30 GMT, the Non-Farm Employment Change from the United States showed that 2.509M people were hired in May against 7.750M of job loss expectations. A stronger than expected job report from the U.S. gave strength to the U.S. dollar across the board and weighed on EUR/SD pair.

Adding in the strength on the U.S. dollar was the Unemployment Rate, which came in as 13.3% against the expectations of 19.4% and further dragged down the pair EUR/USD pair.

On the other hand, from the Europe side, at 11:00 GMT, the German Factory Orders for April were also released which showed that factory orders were reduced by 25.8% in April against the expected drop of 20% and weighed on Euro which ultimately dragged the pair in a downward trend.

The EUR/USD is also following a bearish trend on the back of a stronger dollar. Currently, the pair is facing immediate support around 1.1284 level, and closing of candles below this level may lead the EUR/USD prices further lower towards 1.1244 level, the support, which is extended by the 50 EMA level. On the higher side, resistance holds at 1.1315 level today. Odds of bearish bias remains solid today.

The GBP/USD was closed at 1.26689 after placing a high of 1.26901 and a low of 1.25828. Overall the movement of GBP/USD pair remained bullish throughout the day. The pound rose for 7th consecutive day on Friday amid the rising hopes for a deal between E.U. & U.K. but lost some of its daily gains after the release of U.S. on-Farm Employment Change.

Matt Hancock, the Cabinet Minister of the U.K., said that a trade deal with the E.U. was still possible on very reasonable demands. In the latest rounds, both sides admitted that a little progress was made, and they were very hopeful that no-deal outcomes to the talks could be avoided.

The U.K. has only until the end of June to apply for the extension of the transition period, but Johnson has ruled it out. However, the hopes that U.K. & E.U. will reach a deal after the described little progress in talks from both sides increased, and hence, the pair GBP/USD found traction in the market.

On the data front, at 12:30 GMT, the Halifax Housing Price Index for May from the United Kingdom was declined by 0.2% against the expected decline of 0.7% and supported British Pound which ultimately pushed the GBP/USD pair on bullish track on Friday and added in the pair gains.

Meanwhile, the U.S. dollar strength after the release of US Non-Farm Employment Change exerted pressure on the rising prices of GBP/USD pair on Friday and made it lose some of its daily gains.

On Monday, the technical side of the GBP/USD seems bullish as the pair continues to reach 1.2690 levels, having violated the triple top level on the 4-hour timeframe. The GBP/USD pair has formed an upward regression trend channel, and it’s driving further buying trend in the Cable. Bullish Continuation of a bullish trend can lead to GBP/USD prices towards the next resistance level of 1.2760 level. Above this, the next resistance holds around 1.2795 level. Conversely, the support is likely to be found around 1.2665 and 1.2601 level today. Let’s look for selling below 1.2707 and buying above this level today.

The USD/JPY was closed at 109.573 after placing a high of 109.848 and a low of 109.042. Overall the movement of USD/JPY remained bullish throughout the day. The USD/JPY pair surged for the fourth consecutive day on Friday and gained some strong follow-through traction after the release of surprisingly stronger than expected U.S. monthly jobs data. The headline data of Friday, NFP, showed that 2.509M jobs were added in May, whereas the forecast was about 8M job loss.

Adding in the optimism was the unemployment rate, which beat the market expectations and was reported as 13.7% against 19.4% of expectations. Better than expected, data from the U.S. economy raised the bars for recent optimism over the sharp V-shaped recovery for global economic recovery. This increased the already stronger risk appetite In the market and hence, the USD/JPY pair gained for the 4th consecutive day on Friday.

At 4:30 GMT, the Household Spending for the year from Japan was declined by 11.1% against the expected decline of 12.8% and supported the Japanese Yen. At 10:00 GMT, the Leading Indicators from Japan remained flat with the expectations of 76.2%.

From the American side, the Average Hourly Earnings in May was declined by 1.0%, whereas it was expected to rise by 1.0%. The US Non-Farm Employment Change showed that 2.509M people were hired back in May, which were expected to show job loss of 7.750M people. The Unemployment Rate in April fell short of 19.4% expectations and came in as 13.3% and supported the U.S. dollar.