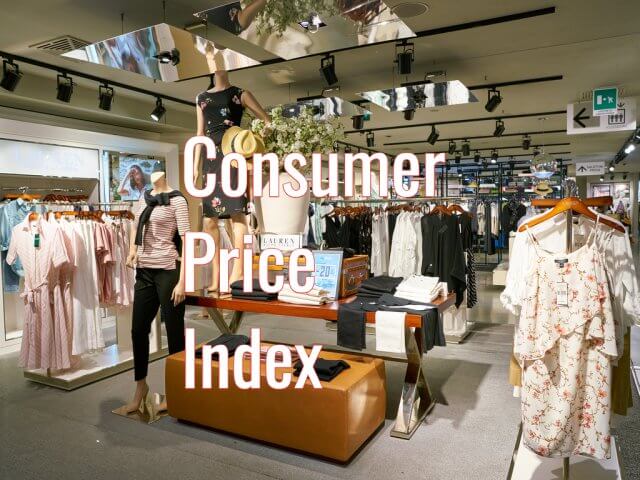 The EUR/USD prices were closed at 1.09228 after placing a high of 1.09759 and a low of 1.09020. Overall the movement of the EUR/USD pair remained bullish throughout the day. After gaining almost 100 pips on Monday, the EUR/USD pair rose to near its highest level in 2 weeks of 1.0976 level on Tuesday. The upbeat market mode was derived by the Franco-German recovery fund proposal, which was announced on Monday and provided a boost to the single currency EUR.

The Vice President of the European Commission, Valdis Dombrovskis, said that the European Stability Mechanism (E.S.) strongly supported the Franco-German proposal. Commission was also looking forward to presenting the proposal in the upcoming European summit on May 27.

Following the previous day’s gains, the EUR/USD pair continued to rise and was further supported by the better than expected economic data release on Tuesday.

At 14:00 GMT, the ZEW Economic Sentiment from the European Union showed that the economic outlook of the Eurozone in the view of institutional investors and analysts increased to 46.0 from the expected27.4 and supported EUR.

The German ZEW Economic Sentiment also showed an improved economic outlook after releasing as 51.0 against the expected 30.0 during the month of May and supported EUR.

The better than the expected economic outlook of the whole bloc, along with Germany even in the lockdown time, gave a sudden push to the already prevailing bullish trend in EUR/USD and rose its prices above two weeks high. However, pair failed to hold its gains and started to drop in late-session but managed to end its day with a bullish candle.

On the other hand, the greenback lost its demand in the absence of any significant economic data. Only Housing Starts in the month of April were released from the U.S. on Tuesday, which declined to 0.89M against the 0.95 forecasted and weighed on the U.S. dollar.

Meanwhile, the Fed Chair Jerome Powell also refrained from providing any specific surprising remarks about the economy or policy outlook and hence kept the U.S. dollar under pressure. He said that the Fed would remain committed to using its all tools to recover the U.S. economy from a corona-induced crisis. U.S. Dollar Index fell near 99.50 level on that day.

The technical outlook for EUR/USD pair seems bullish as the pair is trading at 1.0938, having formed a bullish engulfing pattern above an immediate support level of 1.0918 level. On the 4 hour timeframe, the pair is also forming a higher high and higher low pattern, which can drive further buying trends in the EUR/USD pair. The MACD is bullish, while the 50 EMA is also supporting the bullish bias among traders. The pair has the potential to trade towards north to target 1.0993 triple top area while support holds at 1.0918 and 1.08850 level today.

The GBP/USD prices were closed at 1.22482 after placing a high of 1.22961 and a low of 1.21839. Overall the movement of GBP/USD pair remained bullish throughout the day. The GBP/USD pair rose for 2nd consecutive day on Tuesday amid the broad-based U.S. dollar weakness and better than expected employment data from the U.K.

The U.S. dollar was already under pressure the previous day after the announcement of the Franco-German recovery fund proposal, which consists of 500 Billion euros. The increased risk appetite in the market also made the U.S. dollar weaker on Tuesday.

Furthermore, better than expected U.K. employment data on Tuesday gave strength to GBP and raised GBP/USD prices. The office for National Statistics reported that U.K. Unemployment Rate in April dropped to 3.9% from the expected 4.4% and supported GBP.

Meanwhile, U.K. announced a new tariff regime for Brexit that will remove tariffs on 30 billion pounds worth of imports or about 60% worth of trading coming into the U.K. The latest tariff named U.K. Global Tariff (UKCT) will become effective from January 2021 when the transition period will end.

AT 11:00 GMT, the Claimant Count Change for April showed that almost 856.5K people applied for jobless benefit claims against the expectations of 675.0K and weighed on Sterling. At 11:02 GMT, the Average Earning Index for the quarter showed a decline to 2.4% from the expected 2.7% and weighed on U.S. Dollar. However, the Unemployment rate for March showed a decline to 3.9% against the anticipated 4.4% and supported Pound.

On Wednesday, the GBP/USD traded sharply bullish to trade at 1.2245 level despite the release of worse than expected Labor market reports from the U.K. At the moment, Cable faces resistance around 50 EMA, which holds at 1.2255 level. The closing of candles below 1.2260 can drive selling. Still, considering the recent bullish engulfing and long histograms of GBP/USD pair, we may see a continuation of a bullish trend in the Sterling. On the upper side, the violation of 1.2246 level may lead Sterling towards 1.2318 today.

The USD/JPY pair was closed at 107.700 after placing a high of 108.086 and a low of 107.261. Overall the movement of the USD/JPY pair remained bullish throughout the day. The pair USD/JPY moved above 108.00 level on Tuesday, which was the one-month top-level amid increased risk-on market sentiment. The safe-haven Japanese Yen was under pressure after the latest optimism related to the encouraging initial results of coronavirus vaccine trials. Weaker Yen moved the USD/JPY pair in the opposite direction and made it to post gains above 108.00 level.

The intraday selling bias towards the Japanese Yen increased after the Bank of Japan called out for an unscheduled meeting on Friday. This fueled speculations that Bank would announce more easing measures.

The strong positive momentum due to weakened Yen lifted the USD/JPY prices to its highest level since April 13. However, the rally remained limited due to the rising concerns about the US-China relationship.

Another reason behind the limited rally on Tuesday was the fears about the second-wave of coronavirus. Senators questioned the Fed Chair Jerome Powell and the U.S. Treasury Secretary Steven Mnuchin about their stewardship of specific aspects of the $2 trillion package on Tuesday.

The Senate Banking Committee held its first look at spending under the package announced in March to assist people affected by the coronavirus pandemic. Mnuchin and Powell showed different perspectives on the economic outlook. Mnuchin remained optimistic and said that in the second half of 2020, the economy would see an upturn, while Powell suggested that congress might need more than trillions to aid the economy.

On Wednesday, the USD/JPY mostly remains mostly bearish following a bullish breakout of the choppy trading range of 107.480 – 107.029 level. For now, the pair is holding at 107.630, having immediate support around 107.500. Above this level, we may see USD/JPY prices heading towards the next resistance level of 108.130. The ascending triangle pattern has already been violated, and it’s expected to kee the USD/JPY supported around 107.500. So let’s consider taking buying trades over 107.500 today. All the best for today!