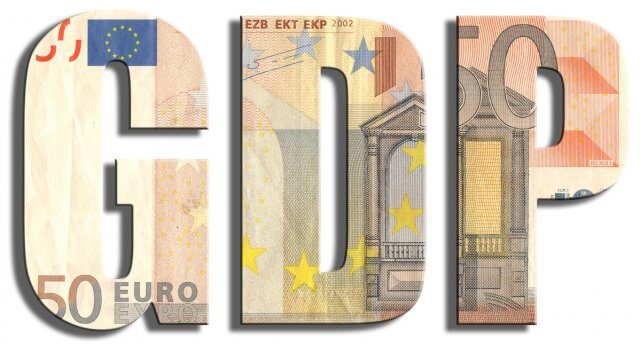 On the news front, the Eurozone is due to release series of high impact events that may drive movements in the Euro related currency pairs. The events like trade balance, GDP, and final employment change will be in the highlights.

On Monday, the President of the European Central Bank, Christine Lagarde, said that the central bank’s measure to fight the coronavirus crisis was proportionate to the severe risks facing its mandate.

Lagarde said during a hearing at the Committee on economic and monetary affairs of the European Parliament, which was conducted via video conference, that the crisis-related measures were temporary, targeted, and proportionate.

On Thursday in its monetary policy decision, ECB announced an additional 600 billion euros in its pandemic emergency purchase program (PEPP) and scaled up its previous 750 billion Euro, to extend the program till mid-2021.

According to Lagarde, ECB continuously monitors the proportionality of its instruments, and she said that the net effects to be gained by PEPP expansion were overwhelmingly positive. The need for expansion was to avoid any deeper recession and quickening the pathway towards normalization.

When asked about the German court ruling of the ECB’s massive public sector purchase program, she said she was confident that a solution could be found because it was addressed to the German federal government and the German Parliament.

On the data front, at 11:00 GMT, the German Industrial Production showed a decline of 17.9% in April against the expectations of 16% and weighed on shared currency euro. AT 13:30 GMT, the Sentix Investor Confidence from the Eurozone for June decline to 24.8 from the expected reduction of 22.0 and weighed on Euro.

The depressed Euro after inferior to expected German Industrial Production dragged the pair EUR/USD with itself to the low of 1.12680.

Lagarde’s Speech and economic data from Eurozone moved in the opposite direction, and hence, the pair EUR/USD remained flat throughout the day as it closed at the same level it was started with. No data was to be released from the American side, so the pair followed Euro’s directions.

The EUR/USD is consolidating in a narrow trading range of 1.1370 – 1.1276 level, and right now, it seems to break out of this trading range. On the lower side, the next target level seems to be 1.1185. Currently, the pair is facing immediate support around 1.1274 level, and closing of candles below this level may lead the EUR/USD prices further lower towards 1.1185 level, which is extended by the 50 EMA level. On the higher side, resistance holds at 1.1315 level today. Odds of bearish bias remains solid today.

The GBP/USD pair was closed at 1.27235 after placing a high of 1.27358 and a low of 1.26278. Overall the movement of GBP/USD remained bullish throughout the day. The broad-based U.S. dollar selling bias after the positive tone around greenback followed by Friday’s job report vanished pushed the pair GBP/USD higher on Monday. The currency pair GBP/USD raised for the 8th consecutive day on Monday and continued its bullish rally.

The weakness of the U.S. dollar was attributed to weak U.S. yields. The U.S. dollar index (DXY) turned negative on the day and fell back to below 97.00 level. The U.S. stock was high on the back of increased risk appetite.

On the other hand, the E.U. chief negotiator, Michel Barnier, was supposed to present a compromise proposal on access to British waters during the latest round of talks, but at the last minute, he was blocked to present the proposal by its member states with large fishing communities.

E.U. now expects the talks to drag into October, but the U.K. has ruled it out and said that it was unacceptable. E.U. wanted to intensify and accelerate its work to make progress with the negotiations, and the U.K. need to prepare its businesses for a new trading environment.

On the fishing issue, the E.U. wants the U.K. to follow the structures of standard fisheries policy (CFP) from the end of 2020. But British fishing communities claim that the policy left the U.K. with far too few fish to catch, so they want to be an independent coastal state from the end of 2020. On the data front, there was no macroeconomic data to be released from both sides so, the pair continued following its previous day’s trend and posted gains on the back of the risk-on market sentiment.

The GBP/USD’s overall trend is bullish as the pair continues to reach 1.2690 levels, having violated the triple top level on the 4-hour timeframe. The pair is retracing a bit; perhaps, investors are doing some profit-taking before taking any additional buying position in Sterling. Bullish trend continuation leads to GBP/USD prices towards the next resistance level of 1.2760 level. Above this, the next resistance holds around 1.2795 level. Conversely, the support is likely to be found around 1.2665 and 1.2601 level today. Let’s look for selling below 1.2707 and buying above this level today.

The USD/JPY pair was closed at 108.426 after placing a high of 109.691 and a low of 108.232. Overall the movement of the USD/JPY pair remained strongly bearish throughout the day. The pair USD/JPY posted a steeper loss on Monday amid the broad-based U.S. dollar weakness and improved Japanese economic outlook. The pair dropped on Monday after posting gains for the previous four consecutive days.

On the data front, at 4:50 GMT, the Bank Lending for the year from Japan increased to 4.8% in May from 2.9% in April. The Final GDP for the quarter decreased by 0.6% against the expected decline of 0.5% and weighed on Yen. At 4:52 GMT, the Current Account Balance for April came short of expectations of 0.33T as 0.25T and weighed on Japanese Yen. The Final GDP Price Index for the year came in line with the expectations if 0.9%. At 10:02 GMT, the Economy Watchers Sentiment, however, came in favor of Japanese Yen as 15.5 against the expected 12.6.

The preliminary reading of Japan’s Q1 GDP moved from -0.9% to -0.6% and came in better, which indicated the readiness of Japanese policymakers with extra stimulus if needed to fight against the pandemic.

Moreover, the better outlook of Japan’s current economic condition supported the Japanese Yen on Monday and weighed on the USD/JPY pair.

On the other hand, despite upbeat economic data from the U.S., the greenback lost its demand due to the drop in risk barometer that day. The rush of traders’ return from riskier assets weighed on the U.S. dollar and made it weak.

The USD/JPY fell dramatically to violate the narrow trading range of 109.800 – 109.255, and now it’s trading somewhere around 107.900. On the 4 hour timeframe, the USD/JPY is likely to find support at 107.900, and below this, the upward trendline may extend support around 107.600 level. The Japanese currency pair has already crossed below 50 EMA, favoring selling bias in the pair today. Let’s consider taking selling trades below 108.50 today. Good luck!