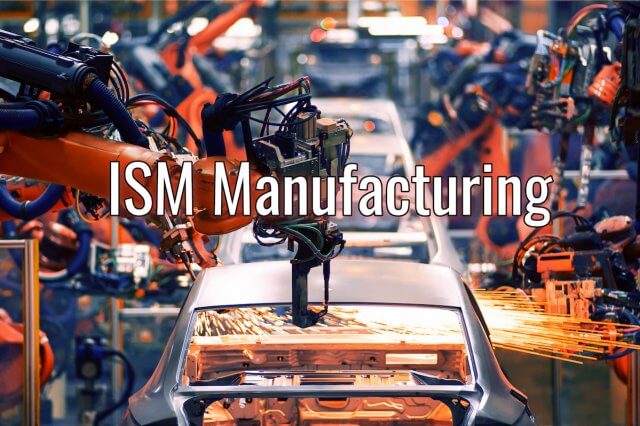 On Monday, the fundamentals side is likely to drive no major movement during the European session. Still, the U.S. session may offer some price action on the release of ISM manufacturing PMI figures today.

The EUR/USD pair was closed at 1.11032 after placing a high of 1.11450 and a low of 1.10676. Overall the movement of the EUR/USD pair remained bullish throughout the day. The EUR/USD continued its previous trend and finally crossed above 1.11 level on Friday and rose for the 5th consecutive day this week. The pair showed the longest run since late March at the end of this week on the back of Euro’s strength.

However, the French Prelim GDP for the quarter dropped less than the expectations of 5.8% decline and came in as 5.3% and supported shared currency Euro. At 13:00GMT, the M3 Money Supply for the whole bloc surged to 8.3% from the forecasted 8.1% and supported Euro.

The Private Loans from the whole bloc for the year dropped to 3.0%from the forecasted 3.5%. At 14:00 GMT, the CPI Flash estimate for the year for the whole Eurozone came in line with the expectations of 0.1%.

However, the Core CLPI Flash estimate of the whole bloc for the year increased to 0.9% from the expected 08% and supported Euro. The Italian CPI for May came in line with the expectations of -0.1%.

Better than expected GDP and CPI data from Eurozone gave strength to the Euro against the U.S. dollar and supported the upward trend of EUR/USD pair on Friday.

The bullish bias of the EUR/USD continues to prevail in the market as the EUR/USD is heading north towards the next target level of 1.1150 level. A bullish breakout of 1.1150 level may lead the pair towards 1.1220 level today while support holds around 1.1080 level. Bullish bias seems dominant today. Consider taking buying trades over 1.1140 level to target 1.1199.

The GBP/USD pair was closed at 1.23459 after placing a high of1.23940 and a low of 1.22902. Overall the movement of GBP/USD pair remained bullish throughout the day. The pair GBP/USD reached above its two-week high level on Friday near 1.2400 level but could not stay there and dropped back to 1.2300 level. The drop in sterling was caused by the awaiting speech of U.S. President Donald Trump.

Sterling started its day on firm tone and extended its previous day’s gains on the back of broad-based U.S. dollar weakness due to poor than expected U.S. economic data release. The decline in U.S. Treasury bond yields also added to the fault of the U.S. dollar. The Chicago PMI for May dropped to 32.3 from the expected 40.1 and weighed on the U.S. dollar. The Revised Consumer Sentiment from the University of Michigan for May also dropped to 72.3 against the expected 73.7 and added negative pressure on USD.

Other than economic data, the comments from Fed Chair Jerome Powell also exerted pressure on the U.S. dollar. Powell said that the U.S. economy had crossed many red lines that had never crossed before. He also stated that the Fed was launching Main Street Lending Program, which had not used since the Great Depression. After these comments, the GBP/USD pair started to move upward.

Investors became cautious before U.S. President Donald Trump’s speech on Friday and started selling Sterling, who made the pair lose its early daily gains. However, after his speech, the pair continued its bullish trend and ended its day with a bullish candle. The heat between China and the United States was enhanced after the strong response from U.S. President Donald Trump over the new security bill in Hong Kong by China, which was highly awaited as Trump had announced it before earlier this week.

The GBP/USD continues trading bullish as it has violated the double top resistance area around 1.2364 level. Bullish crossover of this level is now likely to extend the buying trend until 1.2458, but on the way, the upward channel’s upward trendline is likely to provide resistance around 1.2410, while the support level stays at 1.2370 today.

On the 4-hour timeframe, the 50 EMA is suggesting bullish bias, and now the MACD is suggesting buying trend in the GBP/USD pair as the histograms are forming above zero levels. Consider taking buying trades over 1.2370 and selling below the same level today.

The increased confidence in Japan’s economy and better than expected CPI and Unemployment Rate supported Yen and made it stronger against the U.S. dollar, which dragged the USD/JPY currency pair in earlier Asian trading session on Friday.

The pair dropped to its two weeks lowest level on Friday at 107.077 on the back of increased demand for safe-haven Yen amid escalating tensions between the U.S. and China. On Friday, the President of the United States, Donald Trump announced to revoke its relationship with WHO due to its mishandling of coronavirus pandemic. The U.S. had warned the WHO to be independent of China, change its reforms, and give it 30 days to do so. However, when on Friday, 30 days ended, and no response came back from WHO, the U.S. declared to end its relationship with it.

Trump said that the U.S.’s funds to transfer to WHO will be given to more deserving other nations where urgent help will be required. The decision came in after China issued and passed a new security bill on Hong Kong, and the U.S. said that it would retaliate.

The U.S. has accused the WHO of favoring China is investigating China’s role in spreading the virus globally. China announced to provide $2Billion funds to WHO last week, an amount which is almost equal to the previous year’s total budget of WHO. However, China said that the fund would be provided to fight against the coronavirus pandemic.

The safe-haven Japanese yen continues to trade sideways in the wake of mixed risk sentiment in the market. On the 4 hour timeframe, the pair has crossed below 50 EMA and has also formed a bearish engulfing candle, which is supporting bullish bias among traders. The USD/JPY pair may find support at 107.425 and resistance at 107.900 level while the breakout of this range will determine the next trend in the pair. Today let’s consider buying over 107.400 and resistance around 107.900. All the best for today!